The Latest Treatments to Ease the Pain of Arthritis 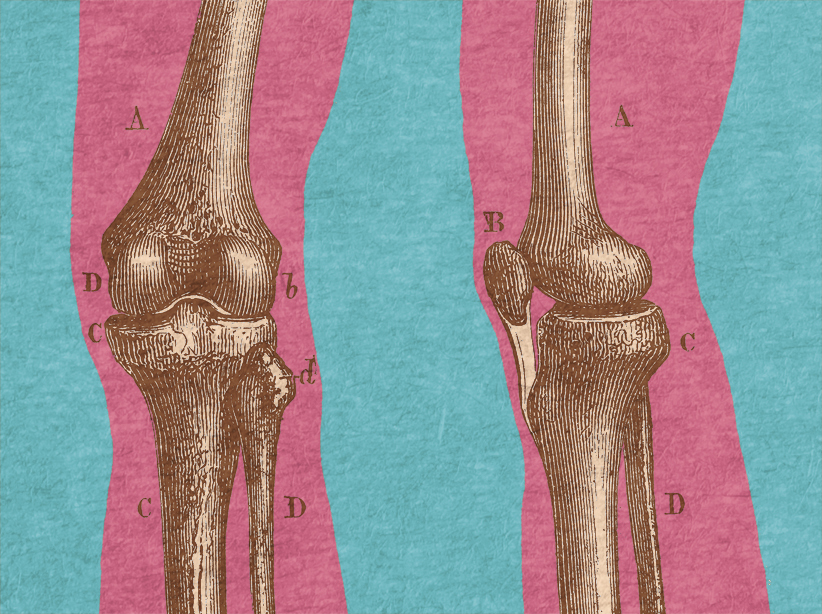 Being active improves arthritis symptoms and keeps muscles strong, but what if it hurts? Find out the latest treatments to ease the pain.

If your knees are 45 years old or more, they’ve seen a lot of action. And arthritis—roughening of the joint surfaces with some inflammation causing soreness and pain—is often the result of all that normal wear and tear.

“The most common onset is in the 50s and it becomes a problem in the 60s,” explains Vancouver orthopedic surgeon Bob McCormack, medical director for the Canadian Olympic team and team doctor for the B.C. Lions and the Vancouver Whitecaps. “Typically, there’s some stiffness in the joints in the morning and pain with activity,” says McCormack, who is also the educational consultant-spokesperson for Pendopharm, makers of Cingal, a new treatment.

But don’t blame the running.

“There’s not good evidence that running causes arthritis,” he says but cautions that runners who have previous injuries to the knee, bad alignment, lost meniscus (the cartilage that stablizes the joint) or who are overweight can be vulnerable to joint degeneration. Still, running is a load-bearing activity, and McCormack cut back on it after experiencing some knee pain when he ran the Boston Marathon.

“Swimming is good, bicycling is good because it’s not impact loading, the elliptical is good,” he suggests, “and walking is a great activity to get started.”

It’s a misconception that arthritis sufferers have to stop being active, says the 61-year-old surgeon who now runs three days a week, bikes three days a week and swims one day a week. “Being active improves symptoms and keeping muscles strong is part of the treatment,” he says.

“Even going up and down stairs doesn’t cause damage, and it’s good to keep muscles strong as long as it does not aggravate the pain too much.”

But what if it hurts? Treatment ranges from topical creams (Rub A535), and NSAIDs (Advil, Celebrex), which both have anti-inflammatory properties, or acetaminophen (Tylenol) for pain, trying glucosamine supplements and using a brace to take the load off.

At the other end are knee replacements. “Knee replacement is a good operation in the right individual,” he advises, “but no surgery guarantees a 100 per cent result. It’s a big operation, so there can be complications. The replacement can wear out or become loose. Nothing manmade is going to be 100 per cent reliable. So if we can avoid or postpone surgery, we do.”

One way to do that is with injections, which can improve function and ease pain.

Viscosupplementation can last six-plus months, McCormack explains, but “it can take a couple of weeks to onset. Cortisone onsets more quickly but doesn’t last as long.” Blending the approach is Cingal, recently launched in Canada by Pendopharm. The injectable combines the benefits of the quick onset of cortisone with the sustained relief of viscosupplementation, he says.

“It helps get faster relief of pain and, because it’s longer acting, that will carry on for months. With my aging athlete practice, they’ll say, ‘I’d like another shot to get me through the season.'”