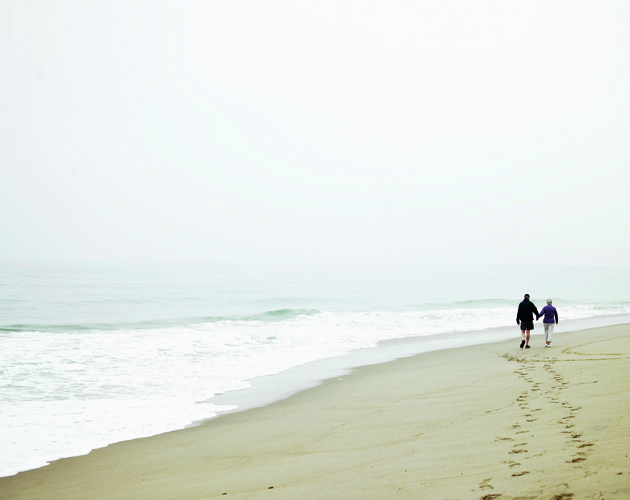 Dementia is the most feared of afflictions and a true hardship on even the most loving of families. Here, in an excerpt from his latest groundbreaking book, The Brain’s Way of Healing, brain guru Norman Doidge suggests 5 ways to help stave off the disease. In Parkinson’s, the substantia nigra [which releases neurotransmitters that help control movement and co-ordination] begins to malfunction first. In Alzheimer’s, degenerative changes begin in the hippocampus (which turns short-term memories into long), which starts to shrink, so that its victims lose short-term memory. In Alzheimer’s disease, the brain literally loses its plasticity and its ability to make connections between neurons, many of which die.

In 2013 that pressing question about walking and Alzheimer’s was answered. Walking was a key contributor to a very simple program that reduced the risk of dementia by a staggering 60 per cent. If any drug could do that, it would be the most popular, talked-about treatment in medicine.

The breakthrough study was done by Dr. Peter Elwood and a team from the Cochrane Institute of Primary Care and Public Health, Cardiff University, United Kingdom, and released in December 2013.

For 30 years, these researchers followed 2,235 men living in Caerphilly, Wales, aged 45 to 59, and observed the impact of five activities on their health and on whether they developed dementia or cognitive decline, heart disease, cancer or early death. The Cardiff study was meticulous, examining the men every five years for the 30 years, and if they showed signs of cognitive decline or dementia, they were sent for detailed clinical assessments of high quality.

It overcame study design problems from 11 previous studies (discussed in the end notes).

The Brain Gain: 5 behaviors that decrease risk of cognitive decline

Results showed that if the men did four or five of the following behaviours, their risk for cognitive (mental) decline and dementia (including Alzheimer’s) fell by 60 per cent:

1. Exercise (defined as vigorous exercise or walking at least two miles a day, or biking 10 miles a day). Exercise was the most powerful contributor to decreased risk of both general cognitive decline and dementia.

2. Healthy diet (as measured by eating at least three to four servings of fruits and vegetables a day).*

3. Normal weight (as measured by having a body mass index between 18 and 25).

5. No smoking (also a case of avoiding a toxin).

All five factors promote the general cellular health of neurons and glia [the cells surrounding neurons]. All factors require that a person live closer to the ways our hunter-gatherer ancestors lived and thus use the body as it evolved to be used. All these behaviours are basically subtractive: don’t do things we didn’t evolve to do, such as sit all day and travel sitting in cars; don’t eat processed food, inhale smoke or drink too much.

One of the reasons this work hasn’t received more attention is that the scientific community has been so focused upon “curing” Alzheimer’s by coming up with a drug for it or thinking of it in terms of genetics. Of course, if “it is all in your genes,” most people assume there is nothing they can do about it, except pray for “genetic breakthroughs.”

But as the Alzheimer’s researcher and neurologist Tiffany Chow points out, “Only a very small percentage of people in the world carry an indelible familial pattern of inheritance of Alzheimer’s.”

In addition, there are many known environmental causes of Alzheimer’s and other forms of dementia: head injuries and exposure to certain toxins, like the pesticide DDT, increase the risk, while a high education level decreases the risk. As Chow puts it, environmental factors “interact with…genetic makeup to eventually allow or deny dementia a foothold.”

On the contrary, it probably makes them especially relevant for self-protection.

As for those without dementia, it is now crystal clear that physical exercise helps preserve brain functioning.

Next: The cognitive effects of exercise

Another breakthrough study, in 2011, shed important light on the cognitive effects of exercise. J. Eric Ahlskog, of the department of neurology at the Mayo Clinic, and his team reviewed all 1,603 studies to date of exercise and cognitive impairment with a focus on dementia. Ahlskog did what is called a meta-analysis, examining all studies of high quality and selecting out the best, including randomized, controlled trials.

The 29 randomized, controlled studies that were selected documented that exercise—mostly aerobic—was helpful in improving cognitive functioning in adults without dementia, in terms of memory, attention, processing speed, and ability to form and act on plans. Typical doses in most studies are 2.5 hours of aerobic exercise a week.

A recent randomized, controlled trial by the Mayo group shows that those (without dementia) who did aerobic exercise for a year showed significant hippocampal enlargement, compared with sedentary adults. These changes last, too. Another study showed that adults who walked had hippocampal enlargement nine years after they began their exercise program. Ahlskog also found that even those with dementia made some modest improvements with exercise.

Will incorporating these behaviours defer dementia indefinitely? We don’t yet know. Right now, 15 per cent of people over 70 have some dementia, and that number radically increases by age 85. But it isn’t inevitable in a long life: some people live to very advanced years without Alzheimer’s.

Only now that people are living longer are we able to study people over 90—the “oldest old”—in significant numbers. These “nonagenarians” are the fastest-growing age group in North America: they number 2 million in the United States now and will number 10 million at mid-century.

Though dementia increases with age, the University of California at Irvine’s excellent Ninety Plus study of 1,600 nonagenarians has found that the majority do not have dementia. Studying that group as they age will tell us what characterizes the remarkable brains that don’t radically degenerate even after a century of activity.

Excerpted from The Brain’s Way of Healing. Copyright © 2015 Norman Doidge. Published by Penguin Books, a Penguin Random House Company. Reproduced by arrangement with the Publisher. All rights reserved.