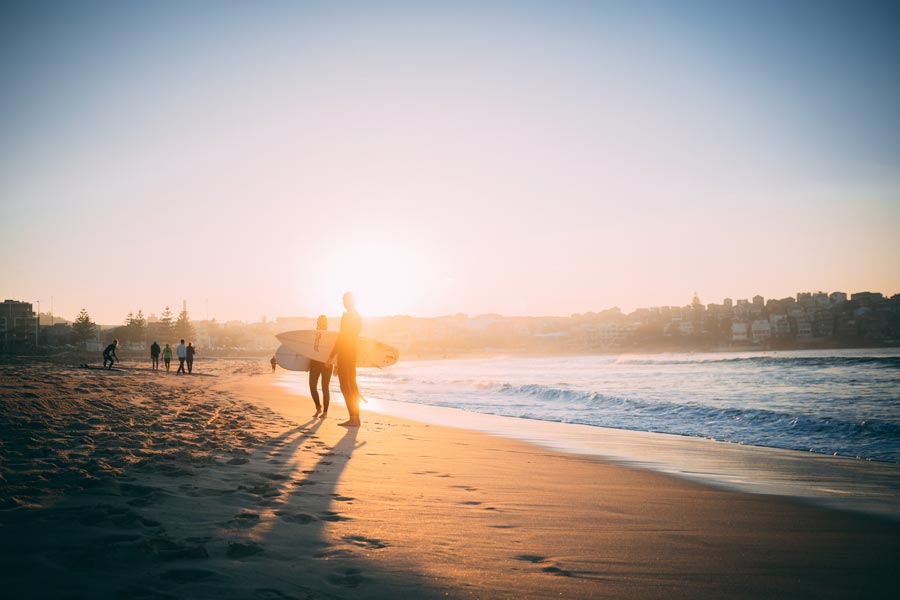 The sky’s the limit! Studies show that new experiences can lead to unexpected heights of health and happiness. Rebecca Field Jager ticks off her let’s-do-this list.

When I first decided to take up the sport of kiteboarding (a.k.a. kitesurfing), I envisioned myself skimming across the water svelte in a wetsuit (I am always well-toned in my imaginings), poised on a board and tethered to an enormous, brilliantly coloured kite. The mere sight of my athletic prowess would attract the attention of beach-goers, among them, Samantha and Trevor, my kids. The two, both now in their late 20s, would marvel at what a cool mom I am, just as they did when they were little and, shortly after they swapped their skis for snowboards, I followed suit.

As a young mother, whenever possible, I always tried to do the things they did so I could relate first-hand to their experiences. However, as the kids got older—or perhaps as I did—I fell behind on keeping up. Both became avid sailors, for example, and while I always cheer on their efforts and have had a few tries at the tiller, I can never really join in the conversation. And so, last year, when the first whispers of kiteboarding were uttered, I decided to get ahead of the game and take lessons.

According to Dr. Christine Beck, a Charlottetown-based psychologist, there is some truth to the adage that a family that plays together stays together.

“Back in the day, families were connected by shared activities. If you grew up on a farm, it was likely you became a farmer or at least experienced and understood a farmer’s life,” she says. “Today, family members usually go their separate ways so the notion of familiarizing oneself and experiencing things other family members are involved in can provide a significant connection.”

Yet another benefit, she adds, is the increased connectivity in your brain.

“Studies show that increased physical, interpersonal and intellectual stimulation and learning have been found to fend off or delay the development of dementia. That doesn’t mean just sitting around and playing Scrabble with the same person every night. Doing something novel builds stronger connections.”

Beck’s latters words come as welcome surprise because lately I’ve been on a learning whirl.

Nowhere near competent at many of the things I’ve tried, it’s good to know that there is an inherent gain in the pain of taking on something new. And when it comes to the three categories of stimulation she mentions—physical, interpersonal, intellectual—I believe I’ve checked off all the boxes.

Next: Let’s get physical!

Physical
As it turns out, kiteboarding is physically far more challenging than I’d first thought. I made the mistake of likening it to waterskiing wherein balance, agility and strength are key, but you certainly don’t have to know how to drive a boat. With kiteboarding, however, your sole source of power is the kite, so learning how to rig, launch and control it is critical.

My handful of lessons, which took place on the shores of Lake Ontario, then while on a trip to Prince Edward Island and, most recently, as part of a vacation in the Dominican Republic, revolved around learning kite-flying skills, beginning with a two-metre trainer and evolving to a 13-metre beast. Frustrated that I still hadn’t progressed to actually hopping on a board and getting out onto the water, I asked Gerhard Marsch, 51, the owner of ukiteboard, a school based in Keswick, Ont., if perhaps I was, at 53—cringe—a tad too old for this. Marsch, having taught students ranging in age from 12 to 67, assured me that there was hope.

“Older students are more cautious at first, but once they gain confidence with the kite, they perform as well as anyone.”

Luckily, there are plenty of places to kiteboard in Canada with schools popping up coast to coast. And because the skill set parlays onto ice, I can continue to practise all winter—snowkiting sees riders skimming across frozen lakes. Interpersonal
If you’ve ever seen me teetering along on a bicycle, you’ll understand why my friends were shocked when I told them late last summer that I’d signed up for a motorcycle course. Questions ranged from “Are you suffering a mid-life crisis?” to “Geez, are you trying to get yourself killed?” I assured them the course instills safety as its biggest priority, and I’m myriad lessons away from ever hitting the open road—but still people want to know why.

The truth? I wanted to face my fear of riding a powerful machine and, yes, the biker chick ideal appeals to me, but mostly I was drawn to the social aspect of the sport. Here’s the thing: our family cottage is situated on Lakeshore Road on Lake Erie, which happens to be a well-travelled route for motorcyclists. From my deck, I watch them whiz by in packs, and every time I make a milk run into town, I see them gathered around laughing and chatting, soaking up the sunshine. I thought it’d be nice to be part of something like that.

Sharron St. Croix, 49, the executive director at Rider Training Institute in Toronto, the school at which I took the course, says that there are two types of boomers signing up—those who used to ride but traded in their motorcycles for mortgages and minivans and now want to return to the sport, and those who have never ridden but have always longed to do so. For both, the social side of the ride is a huge attraction.

“There are so many clubs and organizations across Canada as well as meet-ups, events, rallies and rides. Even if you’re the only person in your circle who rides a motorcycle, it doesn’t matter – you can find people from all walks of life who perhaps share nothing in common with you other than the love of the sport.”

You can also find groups of like-minded folks to join. A simple Google search calls up countless clubs drawn together by shared interests, religions and causes, examples of which include Soldiers for Jesus; WindSisters, a women-only club; and BADD (Bikers Against Drunk Driving). Whether you’re part of a group or not, rides for charity abound.

Often complete with live music, food, draws and silent auctions, hundreds are slated to take place across Canada this summer. Canadian Women’s Ride Day in Victoria raises funds for women in need; Sikh Riders of Canada recently rode in support of the fire victims of Fort McMurray; and the Distinguished Gentleman’s Ride is a massive fundraiser for prostate cancer research that takes place in more than 450 cities in 85 countries every year. Last September, I walked over to Town Moto in Toronto to check it out.

There, hundreds of bikes and their owners, all of whom had traded in their leathers for dapper attire, lined Ossington Street.

“This type of ride always makes me feel part of something bigger,” one fellow told me. “I feel connected to the stranger who might be riding beside me as well as to those riding halfway across the world.”

I need to keep at this, I vowed to myself. Kickstand up next summer.

Next: The intellectual aspect

As a writer, I like to think my job keeps me sharp but, as Beck points out, connections are more strongly created when doing something novel. And with the massive changes that continue to take place in the world of journalism these days, for this traditional freelance wordsmith, trying something new is more than a lark, it’s mandatory.

My intellectual endeavour began then with an honest assessment of my website and the social media accounts I’ve held for the past several years. They’re okay, I was told by a professional consultant, but you clearly view them as a sidekick to your business. Ouch. But, alas, fair enough. And so, I hired the services of Creative Solutions Consulting, a Toronto-based boutique digital marketing company to build and help me launch and market a new website.

The result, becjager.com, houses my published work as well as stories that won’t necessarily see the light of day in print. Initially, my eyes glazed over as I read through my new to-do list—manage the new content management system as well as a social management system that supports the integration of social networking services; aggressively grow my professional online networks; seek out and develop even more strategic partnerships…

But I just want to write stories, I mentally whined.

Then again, I want to eat.

Although I am still in the early phases of this new initiative, depending on what day—or time of day—you talk to me, I am either afraid of, pissed off at or thrilled by the whole thing. Sometimes I fear it is all for naught; sometimes I am angry the world shifted as I was about to rest on my laurels; and other times I am deeply pleased with the results. No, my phone isn’t ringing off the hook—but, hey, phones don’t ring anymore, don’t ya know. Instead, a ding alerts me when someone wants to engage.

In all of this, there is one indisputable reward.

My favourite project that I am working on these days and appears on becjager.com is Girls’ Flight Out, a video-plus-written-word series that captures the camaraderie and adventure of women’s getaways. Every month, I meet up with my videographer at some fabulous destination to snorkel in the Caribbean, say, or horseback ride at a dude ranch in Colorado. My camera girl just happens to be my aforementioned daughter, Samantha. So, although she lives in Brooklyn and I live in Toronto, we get to play together, stay together, work together, enjoy perks together, collaborate, celebrate and most importantly…talk.

As connections go, it doesn’t get any better than that.