Grandmas Stay Sharp When They Care for Grandkids Once a Week 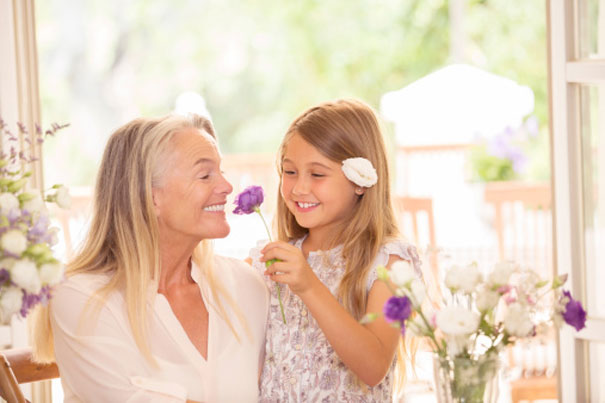 Taking care of grandkids one day a week helps women lower their risks of Alzheimer’s disease and other cognitive disorders, reports the online journal Menopause.

On the other hand, the research by the Women’s Healthy Aging Project in Australia found that taking care of grandchildren five days a week or more had some negative effects on tests of mental sharpness.

“We know that older women who are socially engaged have better cognitive function and a lower risk of developing dementia later, but too much of a good thing just might be bad,” said Dr. Margery Gass, executive director of the North American Menopause Society, which publishes the journal.

The 186 Australian women, ages 57 to 68, took three different tests of mental sharpness and also noted whether they thought their own children had been particularly demanding of them in the last year.

That was a finding the researchers didn’t expect.

However, they also found that the more time grandmothers spent taking care of the grandchildren, the more they felt that their children had been more demanding of them, so maybe mood plays a role in the unexpected result. The investigators are already following up with more research.

Although other research has looked at the relationship between mental sharpness and being socially engaged, this is the first time that this type of research has looked at grandmothering. “Because grandmothering is such an important and common social role for postmenopausal women, we need to know more about its effects on their future health,” says Dr. Gass. “This study is a good start.”