“A Joyful Life”: 9 Techniques to Help You Manage Your Depression 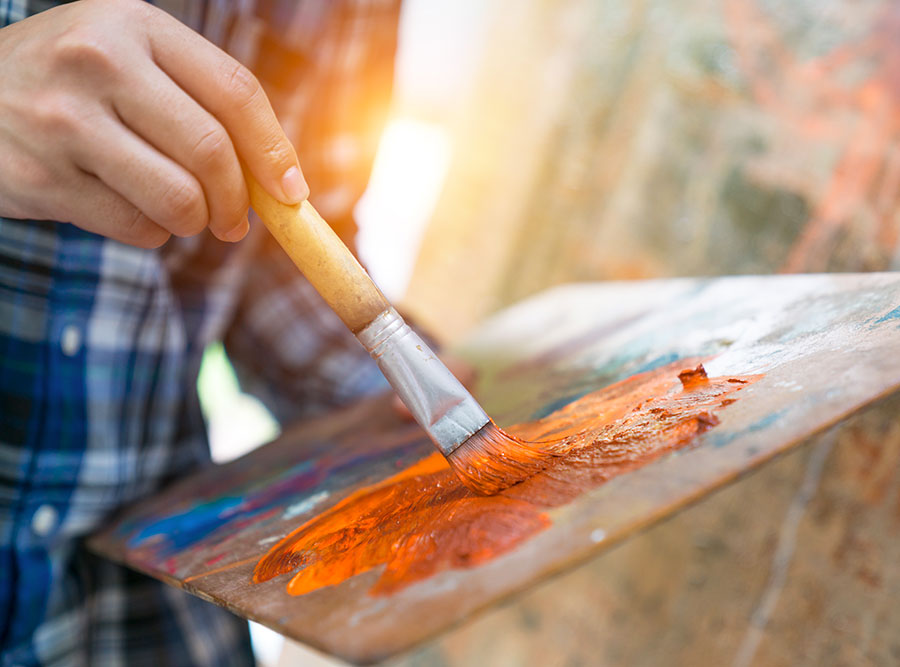 In the fall of 2009, Michèle Swiderski hit a turning point in the treatment of her depression. Her previous attempts had only led to temporary relief and when she was forced to take a medical leave of absence from her work for the third time, she decided to approach her recovery in a new way.

“I was so determined to get out of this depression once and for all,” Swiderski says. “I looked at it as my full time job.”

After a year at home, she discovered that creativity was essential to her treatment. Today, she’s been well for 7 years and has even written a book called A Joyful life — How to use your creative spirit to manage depression.

In her book she recounts her experience with depression and the techniques she discovered to help manage it. As suggested by the title, Swiderski insists that a joyful life isn’t out of reach for people suffering from depression. “It’s possible to have a mental illness, yet be in joy,” she says. “I have never experienced such joy in my life.”

Here, 9 tips for managing depression that Michele Swiderski lives by.

While Swiderski discovered several techniques for managing her depression, she insists that a large part of her success was contingent on finding the right anti-depressants. “It really gave me a fighting chance to incorporate all the changes I needed to make in my life and my world.”

2. Stick to a schedule

For those with depression, finding the energy to simply get out of bed can be challenging.

Michele Swiderski says that a disciplined schedule detailing her day by the half hour was what she needed to overcome that lethargy. “It gives you confidence that you are controlling your day to a certain extent,” she says. “When you have a mental illness you feel like the illness controls the day but in fact I came to see it as a partnership. So we needed to learn each other’s needs.”

3. Reach out for help

Clinical depression doesn’t get better on its own. Michele Swiderski says it’s important to look at a mental illness in the same way you would a physical illness. “We wouldn’t be dealing with any other type of illness by ourselves,” she says. “Don’t sit with this all alone. It is the most lonely of illnesses. You need to reach out.”

As is common with those suffering from depression, Swiderski found she no longer had interest in the activities she loved. “I had always made things with my hands, but of course depression convinces you that you don’t care about that stuff anymore,” she says.

For Swiderski, rediscovering her love for sewing, involved pushing past that apathy. “I’m going to force you,” she recalls telling herself. “You’re going to go back and do that for at least 30 minutes a day, whether you feel like it or not.”

Even when she didn’t enjoy the activity, she says that it often changed her mood for the better, giving her momentum for the rest of the day.

The technique was also useful in other areas of her life. Soon after she returned to work, she found herself struggling with a task and after an hour of what she describes as fogginess, she moved to another, more creative task.

Returning to her original task after lunch, she says the difference in her brain’s function was palpable. “I remember standing in my cubicle just looking around and I thought I can feel my brain stretch,” Swiderski says. “I can feel it come alive. I had never experienced that kind of sensation before. It blew me away. That to me was confirmation that creativity really works on brain pathways in a way nothing else does.”

Luckily, the benefits of creativity aren’t just reserved for creative types like Swiderski. Art therapy is often combined with traditional therapy for people of all walks of life. According to Everyday Health, the creative process is believed to help trigger the release of brain chemicals that fight depression.

Like everything on her schedule, Swiderski made her daily walk after her creative time non-negotiable.

Keeping a thought journal is a crucial part of Cognitive Behavioural Therapy. It allows those suffering from depression to replace damaging self-perceptions and beliefs that drive their mood with more positive or neutral thoughts. Swiderski describes her thought journal as a place to get rid of junk. “It wasn’t important that I read it. Just get it out of my head,” she says. “Otherwise that just keeps spinning in your head. It’s almost like poison in there.”

In addition to her thought journal, she kept an electronic journal where each entry followed the theme of positivity. “That (positively) was the only thing allowed in my journal. It was a way to help me reprogram my thinking,” Swiderski says.

Unfortunately, depression often returns. And when it does, Swiderski says it’s best to be ready with an action plan to help you get back on track.

Her action plan includes a list of trusted friends to call as well as a number of activities that have helped her out of a depressive state in the past.

Even though she’s written a book on the subject, Swiderski says she still needs a reminder on how to handle her depression when it returns. “Because when you’re in a depressive state, you can’t think clearly,” she says. “You can’t trust your brain to do what’s best for you. It’s so important to have something written down.”

A positive outlook is hard to come by when you’re in a depressive state so it’s up to you to will yourself toward one.  Swiderski says she would visualize a healthy or positive outcome to her day. “I would visualize the end result before it happened,” she explains. “In a way it’s tricking the brain and it teaches the brain that if you can imagine it that means it’s possible.”

While Swiderski says she initially rejected the term ‘mental illness,’ she now looks at her depression as a partnership. “I had this illness, but the illness didn’t define who Michelle was,” she says.

She also says that coming to terms with her mental illness was freeing. “I felt freed by that label,” she says. “I didn’t feel like I was responsible for everything that was going on in my body and in my head. I had to learn how to treat the illness so I could stay healthy.”