National Grandparents Day: The Joys and Challenges of Becoming a Grandparent for the First Time 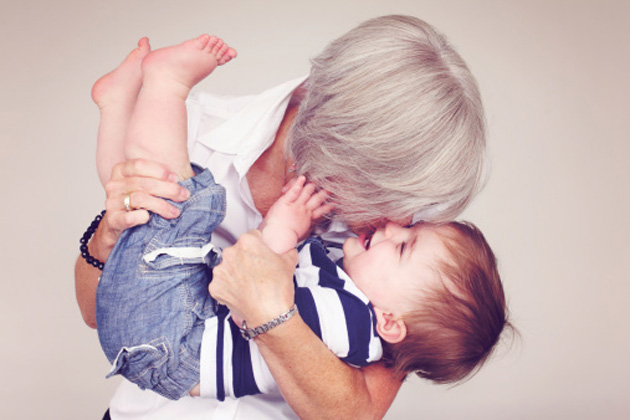 In recognition of National Grandparents Day (Sept. 13), we offer expert advice for first-time grandparents on navigating this big new role.

Becoming a grandparent is a wondrous thing. For most of us, it’s a long-anticipated, highly emotional event. But this enormous life transition can also have a few unanticipated surprises.

“We’ve been waiting to love this grandchild for a long time” says Alyson Schafer, a Toronto-based psychotherapist, parenting expert and best-selling author.

“We expect we’ll have the patience to rock them when they’re colicky, walk them through the fields and show them every little flower without feeling rushed — and all those are great ideals. But when life doesn’t meet those expectations, we can really feel let down. Maybe we don’t give becoming a grandparent the psychological importance it deserves.”

If you’re a new grandparent, or about to become one, here are a few of Schafer’s top pieces of advice for navigating this big new role successfully.

And that’s building family closeness and relationships. “We can lose sight of that,” Alyson says. “When we see fights over who’s going to take the kids to Disney and this and that, when you say ‘yes’ to getting into that kind of conflict, you’re saying ‘no’ to closeness. There can also be competition among grandparents about who sees the grandkids more, who gets asked to do the care giving, who gives more elaborate gifts – all of which erode closeness.”

2. Realize the profile of a typical grandparent has changed

“Shifting demographics mean grandparents tend to be younger, busy with their own lives, energetic about how they want to spend their time,” says Alyson.

“Today’s grandparents may not be the blue-collar worker who spent their life paying down the mortgage on their bungalow, with the kids living next door so they could look after the grandkids all the time,” says Alyson.

3. Realize this is a much more kid-centric generation of parents

“This generation is obsessed about the care, feeding and nurturing of their children and they don’t trust anybody,” says Alyson. “You will have to build trust and show them you’re agile enough to chase after a toddler, have good enough eyesight to pin a diaper on without pinning the child. Even if Dr. Spock himself showed up they’d be skeptical.”

4. Give advice only when asked

Forget saying things like ‘I never did that to you when you were a baby.’ “Those kinds of comments are not really helpful and are often taken as criticism,” says Alyson. “If you’re perceived as a good, trusty resource, then great. How nice. Be flattered they’re asking for your opinion. But chances are the nuances of what you offer up will have less impact than you think. And if your daughter feels she’s being judged by you, you’ve created distance between the two of you. It takes willpower, but sometimes it’s better to step back.” (And remember, advises Alyson, parents are never under obligation to take your advice – even when they ask for it.)

5. Set limits for yourself

It’s very common for grandparents to get taken advantage of, so beware. “This generation of grandparents see how hard it is to be a new family with high housing costs, the economy, being up at dawn and home at eight, with two parents working,” says Alyson. “Grandparents are sympathetic and want to help, but it’s very easy for this to erode into something else,” she cautions.

“When you hear something like, ‘gee, I have to work late. Would you mind keeping him another hour?’ or ‘I need to stop at Costco on the way home and I know you’re not that busy…’ then you’re on that slippery slope. This can turn into being disrespected, which in turn breeds resentment. You have to put your foot down and respond with something like, ‘I’m happy to babysit from 4:00 to 6:00, but I have to leave by 6:00.’”