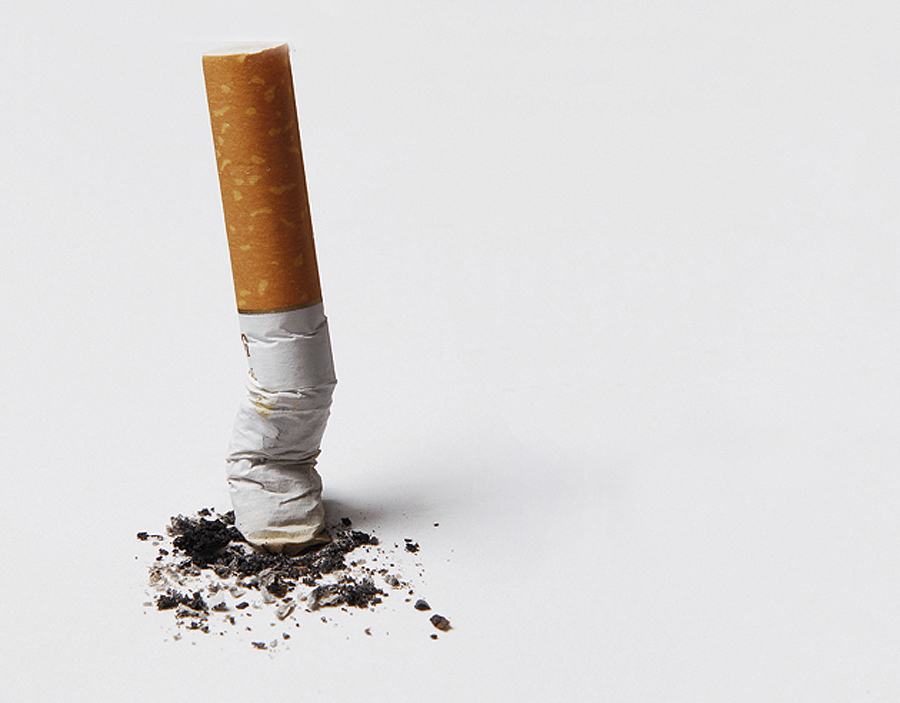 We all know that smoking, drinking too much, sitting around and eating junk food are all effective ways to shorten our lives.

Sometimes, though, we need new inspiration to quit old habits or a good old-fashioned doctor’s warning: “People may have discussions with health professionals about their well-being, or they see what happens to people who make different decisions,” says Dr. Tim Stockwell, director of the Centre for Addictions Research of B.C. at the University of Victoria. Fortunately, at this age, we may be better equipped to change harmful behaviours once and for all. “As people are older, they have more resources,” Stockwell notes.

We’ve put together a few new ways to help you shed your bad habits —and lengthen your life.

1. Dial Back the Drinking

If you’ve bought into the belief that moderate drinking makes you healthier, we’re sorry to tell you that a research review by Stockwell and his team recently disputed this claim. The truth is drinking moderately leaves you no better off than people who drink only occasionally or not at all. Heavy alcohol use, on the other hand, is linked to cancer, liver disease and heart disease, especially as you get older. Here are three ways to reduce the hooch.

Do it for charity. Embarrassed to tell your boozy friends you’re cutting back? Tell them you’re having a dryathlon—an alcohol-free month to raise money for charity, like the “Dry Feb” event organized by the Canadian Cancer Society. When you have a just-water-thanks month, it does make a difference. A 2016 study of dry athletes in the U.K. found they retained better drinking habits even six months later.

Give your liver a two-day timeout. Instead of just limiting how much you drink each day, go completely alcohol free for two days in a row every week. This has been shown to help the liver recover and stay healthier in the long-term, compared to drinking a bit every day.

Pick reduced-alcohol options. Why not choose weaker wines containing six or seven per cent alcohol compared to 12, or beers with three per cent instead of five? In an experiment, Stockwell found that drinkers who were given unlabelled beer couldn’t tell whether it was regular or reduced-strength. “There’s a strong placebo effect,” he says. “People enjoy themselves just as much.”

Try, try, try again. A 2016 investigation at the University of Toronto found that it can take 30 or more attempts before long-term smokers finally successfully quit. This insight turns an old notion on its head: “The standard line has been that it takes between five and seven attempts,” says lead author and epidemiologist Dr. Michael Chaiton. “We knew that number might be demotivating for people who were trying to quit.” It turns out the five-to-seven number is based on faulty science. For one thing, folks aren’t so good at recalling every quit attempt over the years. Chaiton believes his findings may inspire smokers not to give up trying to quit. He adds, “It’s also really important for people in their support networks—including their health professionals—to understand how difficult a process this is.”

Steer clear of smoking patios. If you’re trying hard to shake the cigarette habit, avoid outdoor patios where smoking is permitted. (These are banned in many provinces, but in some places, including B.C., Manitoba, P.E.I. and many Saskatchewan cities, patio smoking is still allowed.) Don’t fall into the thinking, “Oh, if I could just smell the smoke, it will help stave off my craving,” trap. Chaiton and his team have proven that being exposed to smoke on patios—and presumably in other settings—reduces your ability to quit. “They are more likely to relapse,” he says.

Help yourself. The results of experiments published earlier this year in The Journal of Marketing Research show that when someone else serves us unhealthy food, we end up eating more of it. That’s because we feel as though we’re off the hook when another person has picked our portion. The solution: Serve yourself, and your junk intake will be lower.

Mirror, Mirror. Watch your reflection while you eat. A study last year at the University of Central Florida proved that chocolate cake didn’t taste quite so moist and delicious when it was eaten in front of a mirror. The researchers speculate that seeing ourselves chow down on junk food makes us feel judgy and uncomfortable, which in turn lowers our enjoyment of the food. Healthy food—in this case, fruit salad—still tastes good, presumably because we’re patting ourselves on the back with the hand not holding the spoon.

Over-the-top amounts of pop are linked to life-shortening diseases like obesity and diabetes. Last year, the World Health Organization (WHO) called for a tax on sugary drinks, citing evidence that it can make us less inclined to drink the stuff. Already, a few countries and several American cities have a so-called “soda tax,” or are planning one. In Canada, the Northwest Territories may soon become the first jurisdiction to put a soda tax into place. What can you do? For now, you might check out the real estate in Yellowknife.

Overcome fitness app failings. Need a techno-push to get off your duff? High-tech activity trackers have become popular tools for increasing exercise levels, but they may not be as motivational for older, sedentary adults, says Alycia Sullivan at Brandeis University in Massachusetts. After a research review last year, she and her co-author concluded that the fitness technology on the market is largely missing features geared to the specific needs of this group. “Some studies suggest that fitness tracking devices are less accurate for slower walking speeds, something that may be particularly relevant for older adults,” Sullivan says. She also says fitness apps don’t address certain barriers to exercise that are more common in older people, such as concerns about falling, finding safe areas to walk in the community, and health challenges. Here’s one solution: Be your own fitness app. “Identifying obstacles to being active, for example time constraints, and planning ways to address them, for example taking a walk while visiting a friend, may be helpful,” says Sullivan. “People could also make goals for themselves without the need for any type of technology.” Just like in the good old days, so you’ve got this.

Whistle while you work but don’t sing while you walk. Moderate-intensity walking is touted as a beneficial way for older adults to exercise, but we may be under the mistaken impression that our morning stroll to the mailbox suffices. A simple check to measure whether you’re walking briskly enough is that you should be able to chat but not sing. (Another test: you’ve taken 3,000 steps in 30 minutes. Here’s where an activity tracker does come in handy.)

Double up. Want to quit two bad habits in one? Take a 15-minute brisk walk when you feel like reaching for junky snacks. Not only will you increase your physical activity, you’ll reduce your sugar craving, as shown in a 2015 study in Austria. That’s partly because you’re reducing your exposure to familiar signals that compel you to overeat, like sitting next to an open package of cookies.

“When you’ve got a habit you need to change, you need to identify the cues, and find other strategies,” says Stockwell.