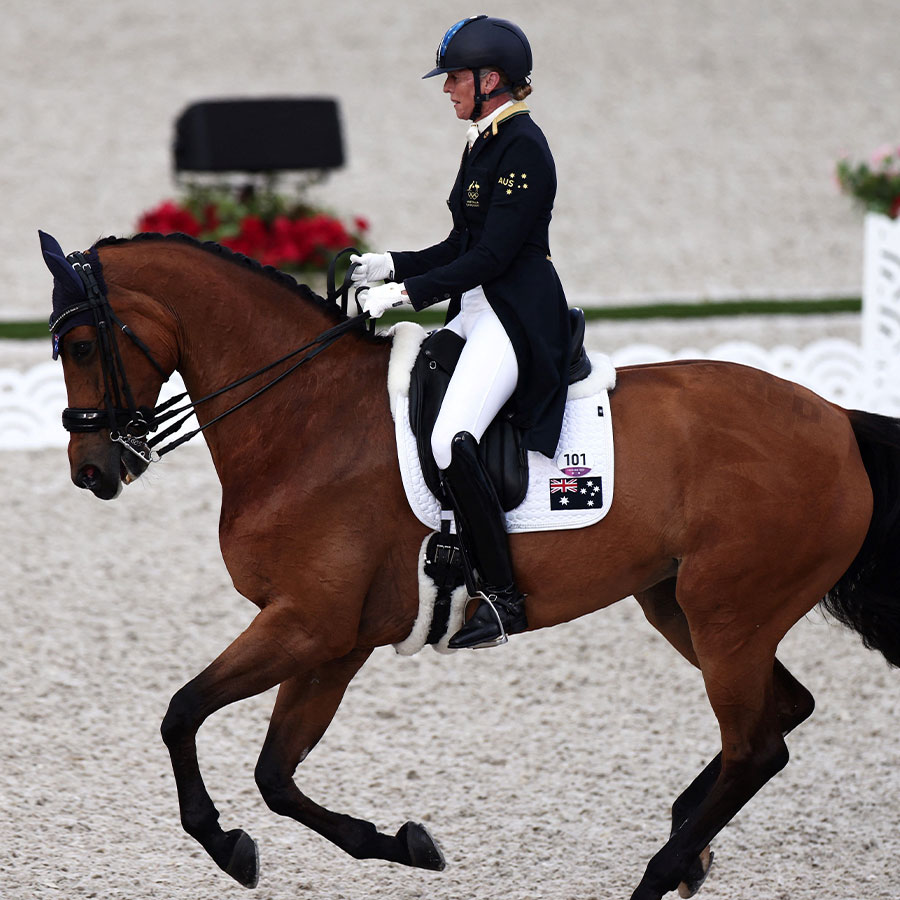 Australia's Mary Hanna rides her horse, Calanta, in the dressage individual grand prix Group A during the equestrian competition of the Tokyo 2020 Olympic Games on July 24. Photo: Behrouz MEHRI / AFP

The fact that Mary Hanna is old enough to be drawing a pension cheque hasn’t stopped the Australian equestrian athlete from competing in the Tokyo Olympics.

In fact, the 66-year-old, who is the oldest competitor at these Games and the second oldest female Olympian ever (behind only Lorna Johnstone, who competed in the equestrian competition for Britain in the 1972 games in Germany) tends to downplay her longevity.

“I don’t think about my age because there’s a lot of older people riding and doing really well,” she said in a recent online interview. “Young or old, it doesn’t make a difference. If you’re fit and healthy, you can just keep going.”

Older riders like Hanna are becoming increasingly common sights at the Olympics. Canadians are familiar with Ian Millar, the 74-year-old equestrian icon who retired in 2019 after competing in a record 10 Olympic Games. “Captain Canada,” as Millar is known, is still active in the sport, coaching young riders and developing horses at Millar Brooke Farm in Perth, Ont.

Competing at Her Sixth Olympics

Amazingly, the Tokyo Games will be Hanna’s sixth Olympics competing for Australia in the dressage event. After competing in the qualifiers this past Saturday (she finished 13th), Hanna explained to reporters her motivation to compete and her unquenchable passion for riding.

“I don’t know what else to do with myself,” she said. “I’ve been doing this for so long now. Look, riding’s one of those amazing sports where you can do it no matter what your age is, or your gender.”

The grandmother of four has been riding horses for as long as she can remember.

“Ours was a very horsey family, it was compulsory. If you didn’t ride you didn’t get fed practically,” she said in her Olympic bio. “We rode to do the stock work, it was just part of life. I didn’t really get into dressage properly until I married my first husband who was Danish. He brought me over to Europe and introduced me to true competitive dressage.”

And, in an interview with Horse & Hound, she noted that, while she’s dabbled in other pursuits, she’s always come back to dressage.

“I have tried a few other sports, pentathlon and sailing, and I always come back to the riding because that’s something I’m really passionate about. That’s what I’ll stay with as long as I can.”

Hanna is even suggesting that this won’t be her last Olympics, saying she’s focussing her efforts on qualifying for the Paris summer games in 2024.

“It’s only three years away,” she said after competing in dressage qualifiers. “Unless my body really breaks down, I’m certainly aiming for Paris.”