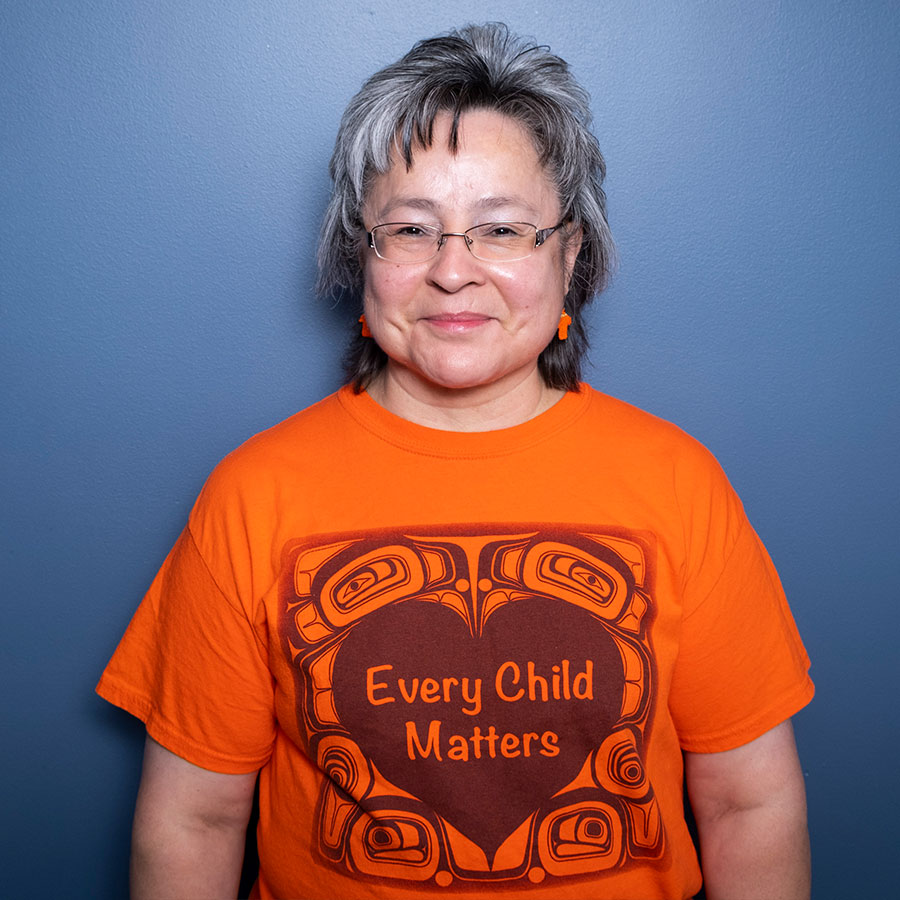 October is Women’s History Month, a celebration of Canadian women’s accomplishments dating back to the Person’s Case in 1929, which deemed a woman a legal person under the law. Women’s rights and freedoms have come a long way since then.

The first wave of feminism was defined by being seen as equal to men. The second wave of feminism is known for its focus on sexual freedom and reproductive justice. The third wave of feminism concentrated on bringing racialized women’s experiences and a more intersectional lens to the forefront of the movement.

Women’s movements were built on the earlier waves of feminism, so women could have more political and social rights and freedoms. It’s because of the early movements that the ongoing fourth wave of feminism continues to define itself with conversations widening to equity for all, as feminism benefits more than just women.

Here, we reflect on the women building on the accomplishments of suffragettes, activists, professionals and politicians that came before them to make Canada and the world more equitable.

In no particular order, meet 11 influential women who should be recognized this Women’s History Month for their history in the making:

Phyllis Webstad, 55, is a survivor of Mission School, a residential school in Williams Lake, B.C., and a creator of Orange Shirt Day.

When she arrived at the residential school at six years old, the instructors stripped her of her new orange shirt (a gift from her grandmother), leaving her and the other children, who were also stripped of their clothes, crying.

Webstad says she recalls feeling like her emotions didn’t matter and she was worth nothing. When Webstad went on to successfully share her story at the St. Joseph’s Mission Residential School Commemoration Project announcement in April 2013 while donning an orange shirt, it led to the creation of Orange Shirt Day the following Sept. 30.

Julie Lemieux, 49, is the first openly transgender candidate to be elected as mayor in Canadian history. She is also the first woman mayor of Très-Saint-Rédempteur, Que., winning with 48 per cent of the vote.

“[My win] wasn’t the start of a movement, but the result of years of work by many to build tolerance in communities across the country,” says Lemiux. “We’re writing history and I have a lot to offer.”

Jess Tomlin and Jessica Houssian are co-founders of Equality Fund, one of the world’s largest women’s funds. The Equality Fund is a result of MATCH International Centre, a global network founded in Canada by Norma E. Walmsley and Suzanne Johnson-Harvor in 1976, to match Canadian women’s needs and fulfill other women’s needs in countries with less resources.

The Equality Fund was created from MATCH’s growing network when the Canadian government began seeking an innovator to spearhead sustainable funding for a global women’s movement. Tomlin and Houssain were appointed as co-CEOs in 2012, uniting feminist allies and women’s movements in Canada and around the world to strengthen the fund.

In 2019, the Canadian government contributed $300 million to the Equality Fund as part of its federal Feminist International Assistance Policy, the largest single investment ever made by a government for global feminist movements.

Tomlin and Houssain lead the Equality Fund in providing grants and investments to women’s groups around the world, host the Women’s Voice Leadership program to advance the leadership and agendas of women and LGBTQ2S+ organizations in the Caribbean, and contribute to policies influencing government’s philanthropists and the private sector’s feminist investments.

Joanna Griffiths is the CEO of Knix, a period underwear brand that recently closed an acquisition deal with Essity for US$400 million — the highest sale of a direct-to-consumer company by a female founder. The company has more than two million customers worldwide.

Griffiths, 38, is a Canadian entrepreneur who struggled to get investment for Knix because the product was “too niche.” Despite the fact that Knix’s customer base are people who menstruate (almost half the population) Griffiths struggled to fundraise before she managed to launch the company in 2013. Knix’s underwear is leak-proof, providing full coverage during periods and preventing sweat and urine spillage.

Knix has been going strong since. The brand expanded its apparel to include reusable pads, wireless bras and more. In 2013, Knix became the first brand to display all available sizes and only use customers in advertising. In 2020, Knix featured an entire campaign with women over 50 only.

Griffiths will continue to be the president of Knix under its new partnership with Essity.

Jill Andrew was elected as the MPP for Toronto-St. Paul’s in 2018, making her the first Black and queer person to be elected into the Ontario Legislature. A member of the NDP, Andrew’s parliamentary roles include women’s social and economic opportunity, heritage and culture.

With a doctoral research background in women and girls’ body image, appearance-based discrimination, body harassment, Andrew wrote her first private member’s bill, Bill 61, to advocate for the establishment of an Eating Disorders Awareness Week. As of December 2020, Eating Disorder Awareness Week — the first in Ontario history — will be marked in the first week of February every year.

Andrews is also the co-founder of Body Confidence Canada, which advocates for inclusive images, messaging and policies to support body diversity. Considering women make up 80 per cent of people with eating disorders and eating disorders have the highest death rate of any mental illness, BCC and the rest of Andrews’ work could contribute to the health of girls, nonbinary people, and women.

Andrew’s doctoral research also includes race and representation politics and leadership. This background has led to her tabling a motion in the legislature to implement an Interministerial Intersectional Gender Equity Strategy to require all legislation proposals to be reviewed through an intersectional gender lens before becoming law. With an accountability measure like this, women, gender diverse, racialized and queer Ontarians’ experiences would be better accounted for in public life.

While Canada was celebrating its 150th birthday in 2017, Christi Belcourt, Tanya Kappo, Maria Campbell and Isaac Murdoch began #Resistance150. Of the women, Belcourt, 56, is a Michif artist, Kappo is a Cree activist and advocate and Campbell, 82, is a Métis elder and author, and Murdoch is an Anishinaabe traditional teacher and storyteller.

Their message was that Indigenous peoples had been resisting government interference for much longer than 150 years. In a year where everyone would be celebrating Canada’s history, they would be neglecting the traumatic stories of the First Nations, Métis, and Inuit people of Canada.

In an interview with CBC, Belcourt said their idea began when they discussed how much Canada would spend on celebrations despite more than 100 First Nations without drinking water. In 2017, Ottawa spent more than $500 million in Canada150 celebrations.

It was a movement reminding the public of Indigenous resilience and resistance to Canada’s genocidal history and colonial government. #Resistance150 included protests and solidarity marches. Its Twitter account also highlighted prominent Indigenous artists, activists and thinkers to create educational content for fellow Indigenous communities and non-Indigenous people who wanted to learn more about them. Posters also decorated the city with reminders of what 150 years of Canada was actually celebrating.

Before beginning #Resistance150, the women were already passionate and accomplished advocates in their own right.

Bilcourt is the lead co-ordinator for Walking With Our Sisters, a crowd-sourced art installation honouring the lives of missing and murdered indigenous women and girls in Canada and the U.S., and raising awareness against Indigenous gender-based violence. In 2017, Bilcourt penned an open letter to the federal inquiry on missing and murdered indigenous women and girls about the lack of transparency, communication of the trauma-informed process and independent inquiry. The letter, written on behalf of the grieving families, received a response from the chief commission Marion Buller, which offered insight to some of the questions and worries among signatories and families.

Kappo is one of the founders of Idle No More, a peaceful revolution honouring Indigenous sovereignty and protecting the environment. The women-led movement began in 2012 among Treaty People in Manitoba, Saskatchewan and Alberta in protest of the Canadian government dismantling environmental protection laws, which endangered First Nations who lived on the land.

Campbell is a broadcaster, filmmaker and author most known for her memoir Half-breed, which details forgotten Métis history and her healing process amidst drug and alcohol struggles, sexual abuse and prostitution. Half-breed is seen as the rebirth of Aboriginal literature in Canada. Campbell is also an Officer of the Order of Canada.

Mercédes Benegbi, 60, is a disability rights activist whose work for survivors of thalidomide earned her the honour of the Council of Canadians with Disabilities in 2014.

The drug thalidomide was developed in the 1950s to treat nausea in pregnant women. It was not tested on pregnant women but was still sold over the counter by 1956, leading to more than 10,000 birth defects. Around half of the babies died within the first minutes of birth. The “thalidomiders” who survived were born with shortened or absent limbs, damaged ears and eyes, sensory impairment, face disfigurations and damage to the brain, internal organs and bone structures.

As the executive director of the Thalidomide Victims Association of Canada since 2002, Benegbi has been a leading advocate for thalidomiders. In 2014, she led a campaign that secured compensation from the Canadian government for the children who survived thalidomide. In the ’90s, the federal government gave payments between $52,000 and $82,000 to 109 survivors, but the Thalidomide Victims Association of Canada advocated for more support for medical needs and other survivors. In 2015, the government committed $125,000 for each survivor’s immediate needs, ongoing support payment depending on their disabilities, access to the Extraordinary Medical Assistance Fund for higher expenses.

Donna Jodhan, 72, is a blind activist who is most known for her involvement in the 2010 Canadian Supreme Court case that mandated that all government websites must be accessible to Canadians with vision disabilities.

Struggling to apply for jobs on the federal government’s job bank website and complete a census in 2006, Jodhan argued that the failure to maintain websites with necessary accessibility standards prevented people with limited vision from equal access to government information — a violation of section 15 (1) Charter right of equal benefit and protection regardless of disability.

Jodhan is also one of the first blind people in Canada to earn an MBA. She is the president of Barrier-Free Canada, which works to improve Canada’s federal accessibility laws.