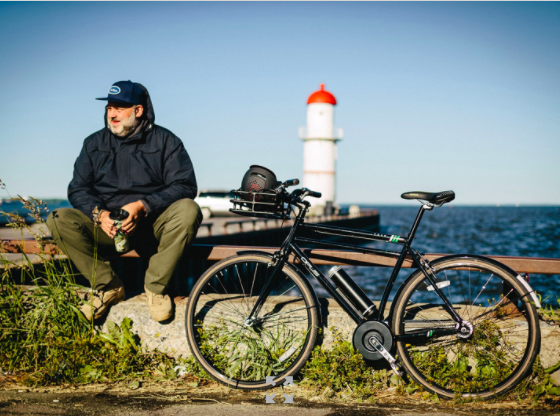 Adding to the many remarkable benefits of cycling — reduced chances of cancer, heart disease, depression — a recent study now suggests it could also boost your immune system and slow down the aging process.

The results published in the journal Aging Cell, showed cyclists preserved muscle mass and strength in age, along with healthy levels of body fat and cholesterol. An added boost for men included high levels of testosterone.
Scientists behind the study also found the immune system in older riders were stimulated, producing as many T-cells (which normally decreases with age) as those of younger people. The findings were based on tests conducted on 125 amateur cyclists aged 55 to 79, along with a group of healthy, non-exercising adults in a wider age group.

While turning back clock  by pedalling sounds appealing, for some older folks, getting on a bicycle could be a challenge if they have mobility issues or ailments which prevent them from biking for long periods or distances.

This is where an e-bike would come in handy such as those from Opus, the Canadian company which designs and manufacture bicycles in Montreal. An electric bicycle (not to be confused with an electric scooter) looks pretty much like an ordinary bike but has a small motor and battery attached. On some e-bikes, the attachment could be as small in size as a water bottle.
The e-bike is essentially 2-bikes-in-1 – use as a regular bicycle or when the going gets tough, let the motor give you some ‘assisted pedaling.’ Which means, it doesn’t do all the work. You still have to pedal but you can let the motor kick in to help make pedaling easier.

This is particularly useful for biking uphill, going against the wind or when you’re simply exhausted at the end of a day at the office but still have to cycle home.

From a vanity point of view, it also allows one to leisurely pedal, without fear of arriving at their destination — at the office or for brunch with the family — looking all sweaty and dishevelled. An e-bike also allows for greater speed without the exertion.

While purists might dismiss these souped-up bikes, for older riders they make cycling an exercise less taxing. It also opens up their world to more freedom, adventure and mobility. If a cycling vacation was something they once felt they couldn’t attempt in fear of not keeping up with other riders, an e-bike now allows them to comfortably participate.  It can also bring an entire family of different generations – and fitness levels – together for an activity everyone can enjoy.

Please consult opusbike.com for more information and availability of e-bikes and a dealer near you.