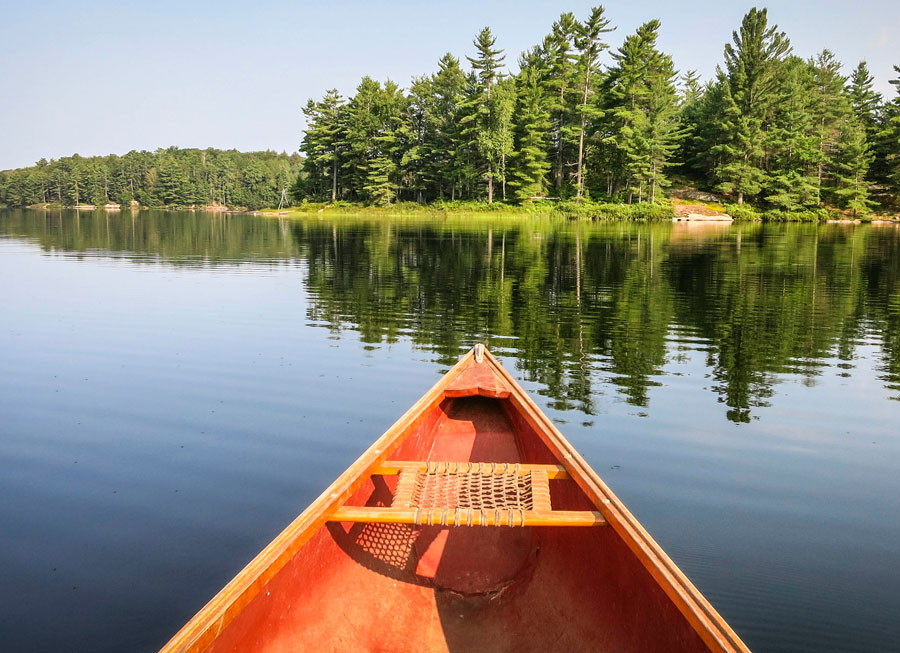 The 2020 Mariposa Folk Festival may be cancelled due to COVID-19, but as Jim Slotek explained in this 2018 story, cottage country is still an oasis for boomers (who social distance responsibly and follow local pandemic rules, of course)

Before we talk cottage country, let’s start with a city flashback. The first time I attended the Mariposa Folk Festival was on July 16, 1972. I was 14, in from Winnipeg, visiting my cool older brother in Toronto. The biggest name was supposed to be Bruce Cockburn.

Instead, a slew of surprise acts showed up at Toronto’s Centre Island. Neil Young took the stage and played stuff from his new album Harvest. Gordon Lightfoot entertained the crowd, playing on a picnic table. Bob Dylan showed up with more security than the prime minister. He may have thought about playing, but never actually did.

As word got around, people tried to row out to the Island and were turned away by security guards. Next to me, a very stoned young woman screamed, “Joe Cocker’s here!” (He wasn’t).

“This is amazing!” I thought. What if every day in Toronto is like this?
(The events of that day are chronicled in a fact-based novel by Dave Bidini called Writing Gordon Lightfoot, in which I inspired a character, named, appropriately enough, “Jim from Winnipeg.”)

This year, 46 years later, I attended Mariposa (now in its original home of Orillia, Ont.), for only the second time. This was courtesy of Dave and Olivia, my nephew and his spouse, who bought tickets for my wife Bianca and I for our birthdays and who have a cottage on Lake St. John, a 10-minute drive from the festival park.

The aforementioned Gordon Lightfoot — now 79 — played an unannounced set the night before our ticketed visit. The headliner the night we were there was Buffy Sainte-Marie — now 78 and in incredible shape — telling whimsical stories between songs and shredding her guitar like a teenager.

But what really sticks in my mind about the boomer-demographic concert experience was the sea of more than 2,000 empty fold-out lawn chairs that greeted me in front of the Main Stage when I arrived late in the afternoon, a couple of hours before the big show was to begin. Seems over the years, the aging regulars have taken to showing up when the gates open at noon, and planting their chairs at the spot they want to be in for that night’s show.

Some stayed to spend the afternoon in beer tents, catching the lesser-name acts. But many others, I’m told, simply put their chairs in their spot and went home to return closer to show-time. Woodstock was never like this. Yesterday’s rockers are born to be mild.

It strikes me as both a middle-age-mellow and very Canadian approach to an outdoor concert. Friends tell me the same thing happens at Summerfolk in Owen Sound, Ont. — cottage country’s other major outdoor folk event (which takes place this year from Aug. 17-19).

The lure of cottage country took me to both concert regions this summer. The place we have rented for 20 years on the Bruce Peninsula facing Lake Huron is being renovated. So, we accepted the kindness of friends and relatives with cottages — or “camps” as they still call them in Northern Ontario. An ad exec friend of mine calls his place on Lake Koshlong near Haliburton a “cabin,” though it’s 3,000 square feet with amenities that include high-speed internet.

As for Sauble (just north of Owen Sound), we returned, regardless, for a family reunion, calling squatter’s rights on the “bunkie” at Bianca’s cousin’s place on the Sauble River.

There are studies that suggest some frustrated urbanites are turning their back on big-city home prices, and putting their real estate investment money into out-of-town properties like cottages. Artists — a line of work that almost guarantees limited means — have led the way. Small farming towns like Flesherton, north of Orangeville, have become havens for communities of ex-Toronto artists. One of Canada’s most famous artists, Toronto-born Charles Pachter, spends most of his time at his home studio in Orillia these days (he even had a booth of his works at Mariposa and was happy to chat).

But at 76, Pachter is still closer to the age of most people you meet in cottage country. At Myers Lake in Muskoka, my fifty-something neighbours John and his wife Eeva, pass their summers at her family’s rustic old place (complete with an outhouse). This year, the lake-dwellers controversially passed a noise ban — with a list of infractions that includes “loud talking.” This is not the kind of thing that normally happens where young people are taking root.

Still, there are signs, some of them literal, that changes loom in the country. You don’t have to drive very long through Muskoka or the Kawarthas before you know who the “big three” real estate agents are in the district. There are always properties for sale, even as the prices inexplicably rise beyond the means of most.

Kayak/canoe around a lake like Koshlong, or Gillies Lake near Tobermory (another cousin, another cottage) — lakes carved by glaciers out of the Canadian Shield as if by the finger of God — and you see cliffs and cottages that involve some sort of steep descent down makeshift steps to get your drinks and food to the dock.

Considering we bought our house a generation ago from a woman who could no longer handle the stairs (and three other houses on our street sold for the same reason), it seems unlikely that aging owners with bad knees or mobility issues would keep their cottages once they’re physically isolated from the water.

And then? Siblings inheriting their parents’ cottages are infamously a recipe for family feuds and discord. Many inheritors will sell just to keep the peace — and maybe also to finance that piece of the city they still hope to have.

For now, it’s one big boomer playground. But who knows whether, in the future, they’ll be planting their own lawn chairs in front of the main stage for an outdoor concert by Drake?

No Cottage? No Problem! Tips For an At-Home Barbecue