Back to School: Seniors Get a Boost From Attending College Classes 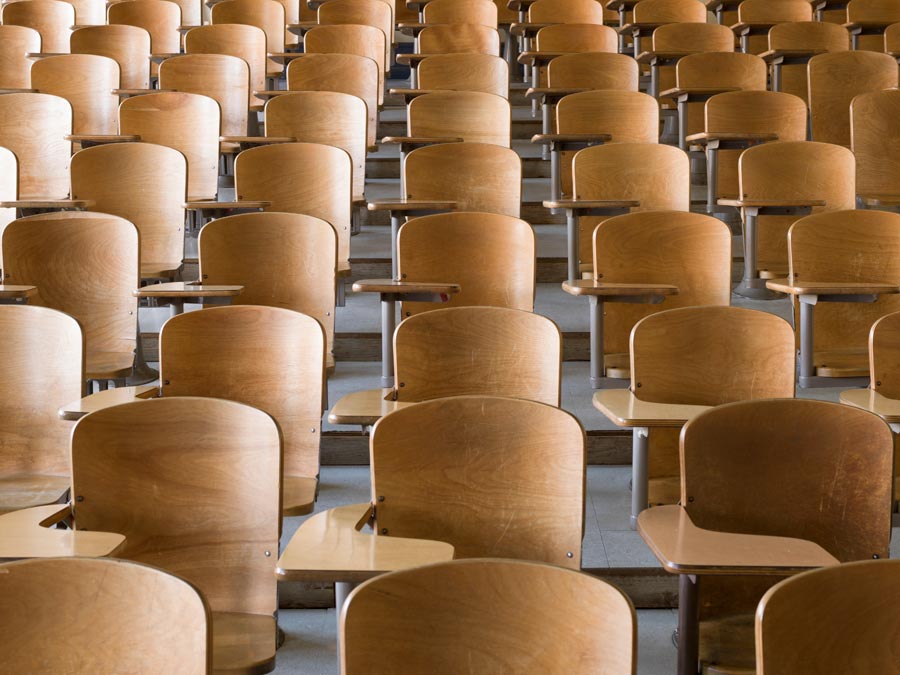 Perhaps you can’t imagine going through the rigours of Frosh Week, but in Prince Edward Island seniors are among those getting ready for the fall semester.

This year, P.E.I.’s Seniors College turns 20, and its numbers are nothing to shake a stick at — there are nearly 150 courses to choose from and close to 500 registrants each year. Yes, the province’s population is one of the oldest in Canada — nearly 20 per cent of residents are over the age of 65 — but board member Mary Lou Turner attributes the college’s popularity to more than demographics.

“Most courses will have a break during the class and people probably enjoy the break as much as they do the learning,” she says. “They’re getting to meet with new people; maybe reconnecting with people they haven’t seen in a long time. It’s very social and I think that’s one of the main reasons that they often come to Seniors College.”

And students seem to agree with the importance of social engagement. On the lastest year-end survey, they ranked “socializing” second only to “learning new things” as the top reasons for attending.

For a $160 membership fee, students can take as many courses as they want (or can fit into their schedule) over the fall, winter and spring semesters. Courses range from one to eight weeks and the curriculum is varied, points out Turner’s fellow board member Pat MacAulay.

“[Retirement] is a big change and a long period of life. And there are many phases to it. So this offers a mix for whatever phase you’re in,” she says.

MacAuley says that Nordic Pole Walking, for instance, helped her sister gain confidence and aided in her recovery after leg surgery. And Turner adds that students often choose something they’ve always wanted to do but never had the time to pursue when they were working, such as painting or photography.

In an effort to stay current and offer fresh content each year, they also offer courses that tackle topical issues. This fall, for example, members can take The Cannabis Industry course.

And last year, Global Politics in the Era of Donald Trump was quite the hit noted McAuley. It was taught by a political science professor from the University of Prince Edward Island, with which the college is associated.

In fact, it was professors from the university that started Seniors College in the first place. They were studying the benefits of education on cognitive health and quality of life in seniors. As Turner tells it, they determined that any type of learning was beneficial and developed a program geared to 50-plus students. In the fall of 1998 they started with three courses: Genealogy, Getting to Know Your Brain and Beginners Computer.

Since then, research into preventing cognitive decline has shown that learning a new skill later in life can help — and the more complex it is, the better.

As for Seniors College, two decades later it’s not only going strong but it’s also inspiring imitations. Tuner notes that the Seniors’ College Association of Nova Scotia and Tantramar Seniors’ College in New Brunswick both based their program on that of P.E.I.’s.