6 Tech Trends To Consider For Your Next TV Purchase 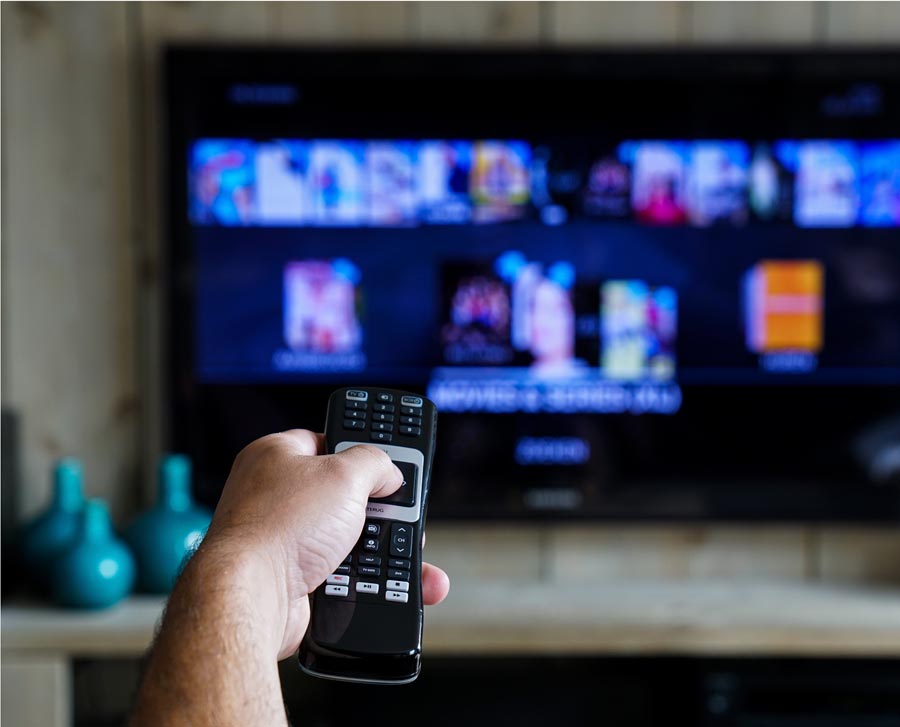 If it’s been a while since you shopped for a new television, you’ll be blown away at how big, thin and beautiful they’ve become.

And just as TVs are getting better with each generation, prices generally drop too, making it even more tempting to upgrade. Case in point: you can now pick up a 60-inch brand-name Smart TV for about $500.

Regardless, you may still be confused about what features to look for. No worries, we can help!

Here, a few TV tech trends to consider for your next TV purchase.

Your next TV will be a whole lot sharper. Referred to as “ultra-high definition” or sometimes “4K” TV, these next-generation televisions offer four times the resolution of a top-of-the-line 1080p HDTV.

In other words, instead of a screen that has roughly two million pixels—the little dots that make up the image — these televisions boast more than 8 million pixels.

In plain English, 4K TVs present images so lifelike and clear it’s like peering out of a giant window or like slipping on a pair of prescription glasses for the first time.

While 4K refers to the resolution of the television — how many pixels make up the picture — this isn’t the whole story.

When seen side by side with non-HDR content, HDR-enhanced video is incredibly bright and displays vibrant colours, including some striking yellows and orange hues that you might see in images of a setting sun or crackling fire.

You might also see more televisions branded with technologies like HDR10+ and Dolby Vision, which are two improved types of HDR.

Most new TVs today — even entry-level models — allow you to connect to the Internet via Wi-Fi.

Many Smart TVs give you a full web browser too, so you can use a search engine or visit a bookmarked websites or play interactive games.

In most cases, you choose which apps you want to see on your screen, not unlike icons on a smartphone.

Instead of a LED-backlit LCD television — often the panel of choice today — some TVs use OLED (pronounced “oh-led”) screens for a superior image.

Made by LG and Sony, televisions packed with organic light-emitting diodes are incredibly thin because each pixel is its own light source, therefore no backlighting is required. Along with sharp colour and unprecedented contrast ratios (with super dark blacks), these televisions are more energy efficient than other TV panel types.

As you might expect from new technology, there’s a premium cost to these televisions.

Other TV makers, like Samsung are offering TVs powered by “quantum dot” technology — microscopic dots as small as one billionth of a metre that make up the picture — and these TVs can almost match the “infinite” contrast ratio of OLED (the luminance between the brightest whites and the darkest blacks), and they generally don’t cost as much as OLED.

Some television manufacturers, like Samsung and LG, offer curved TVs that slightly bend towards the user, just like the screen at your local movie theatre.

To many viewers, these concave screens offer a deeper and more cinematic view of the action.

It boils down to personal taste. Some may prefer a flat-panel TV instead, but it’s hard to deny these curved TVs are attractive conversation pieces, even when turned off.

Unlike the first generation of curved TVs, where it was recommended to sit dead centre for the best seat in the room, the latest curved TVs deliver a consistent, sharp picture and good sense of depth from virtually any angle.

Many TV companies are integrating voice-activated personal assistants into their televisions — like Google Assistant and Amazon Alexa — so you could press a button on the remote to ask a question or give a command.

Some A.I. assistants will be exclusive, like Samsung’s Bixby and LG’s ThinQ platform, but LG will also support both Google and Amazon in select models.