Sorry Wrong Number – the Secret Life of Your Old Digits 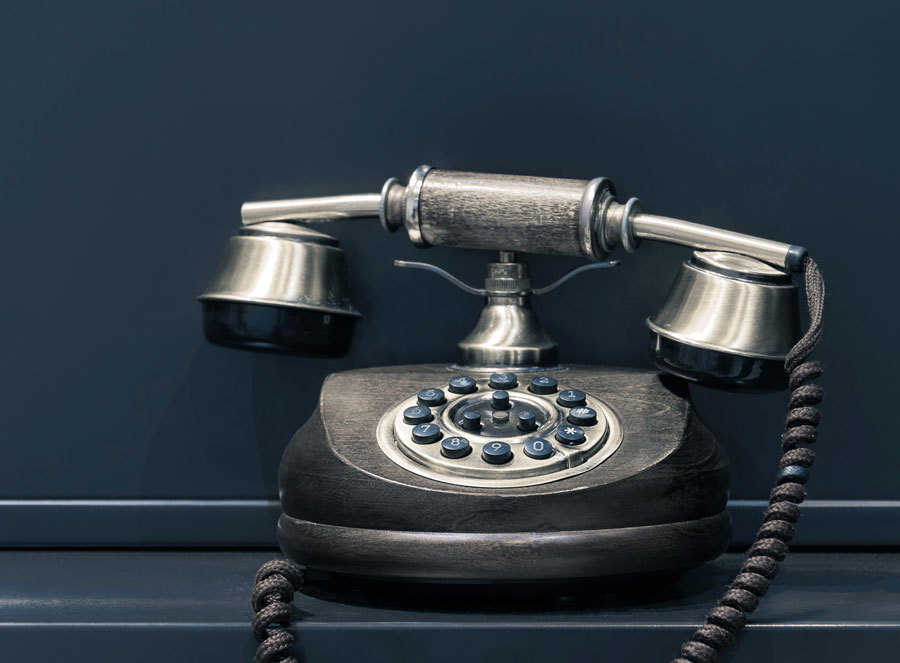 In late November, I finally broke down and sent a text to my old phone number – the one I’d had on my cellphone for 20 years until April, 2017.

“Hi, we don’t know each other, but my name’s Jim Slotek and I used to have your phone number. Apologies for the intrusions by people whose contact lists are out of date.”

“No worries,” came the reply. “The calls and texts have mostly stopped. Btw, your friends’ new baby is very cute. I hope your sister’s move went smoothly. Has she had her surgery yet? And apparently, your neighbour Nick’s party was a lot of fun.

“Oh, and a friend of yours really enjoyed The Shape of Water.”

I still didn’t know whether I was dealing with a male or a female, age or anything else. But this person knew a lot about me. Since I already knew the phone number, I asked if it was okay to call. It was. Her name was Kerry. She was 27, from Colorado, had lived in Australia, met a Canadian and moved back with him to Oakville, Ont. She needed a new smartphone and got one, inheriting much of my life along the way.

How had this happened? I was given that number when I got my first flip-phone in the late ‘90s. I was working then at the Toronto Sun newspaper, and since I used it part of the time for work calls, I was allowed to expense my bill. This went on for some years, until the company was offered a bulk-contract from Rogers and had my number switched to a Blackberry. They absorbed the cost of the phone from that point forward and I never saw a bill again.

That’s also the point, I assume, when the number officially ceased to belong to me.

None of that mattered until last year, when I took a buyout from the Sun. The business contract was now with Telus, who’d given me an iPhone I had to return. And they were adamant about not giving up a number from an active contract. They were, however, willing to sell it back to me for $800.

Pick your expletive. I probably uttered it. I wasn’t going to succumb to extortion, and all my friends agreed – save one. Over beers, Steve, a retired former partner in a Toronto ad firm, told me, “Stop being a cheapskate. Pay the $800. That phone number is tied to you about 100 different ways.”

Needless to say, I didn’t listen. I parted ways with Telus, got a decent deal on a new phone and number and thought of it as a clean break.

I did take seriously the number of people I knew who would have my old number on their contacts list. I sent out a mass email to everyone I could think of, announcing both my new number and email. I’m certain a lot of the recipients read it, said “Oh, I better remember to make that change later,” and never gave it another thought.

People who crapped out trying to phone or text me emailed to let me know that someone else had my phone number. Finally, I received what seemed like a cryptic Facebook message urging me to change my information. I had neglected to put my new phone number in my Facebook settings, meaning Kerry was getting my Facebook messages as well as texts.

(It also apparently meant, when she sent messages, my profile picture – me as a zombie extra in Dawn Of The Dead “terrorizing” director Zack Snyder – would appear alongside the message instead of hers.)

People of a certain age never forget their childhood phone numbers (many with now-antiquated mnemonics like CASTLE 5-5555). It was drummed into us by our parents, with the warning to call home as soon as we were somewhere near a phone.

That I had the same phone number for 20 years didn’t seem remarkable to me.

But there was always a proprietary sense about one’s number (hence the forever use of the non-existent 555 exchange that let you know you were watching a Hollywood movie). In 1981, a lawsuit was launched against Atlantic Records and the band AC/DC because of the line, “Pick up the phone, I’m always home, call me anytime/36-24-36 – Hey!/I lead a life of crime.” Many fans thought the “hey” was an 8, and a nuisance-call epidemic was born. (In fact, the number was band-member Angus Young’s riffing on a woman’s measurements).

Whatever happened to that $250,000 lawsuit is unclear, but it was either quietly dropped or settled.

As for Tommy Tutone’s 867-5309, there were reportedly complaints and changed numbers all over the U.S., but Tommy stayed out of court.

“This has been a unique experience for me,” Kerry said. “It was mostly the sheer magnitude of the people that were contacting me. It wasn’t like a one-off mistake number. I was getting quite a few phone-calls on your behalf. Someone called about setting you up with an interview. I think they didn’t know you’d quit the Sun.”

As for my Facebook oversight, she scolded me a bit. “I could have stolen your social media account if I felt like it. In fact, that’s how I found out who you were, by reverse. I entered your phone number into Facebook and found you that way.

“I could have clicked, ‘I’ve forgotten my password,’ they’d have sent me a text message with a reset and you’d have lost access.”

Well, I’m glad you’re a good person, I said, sincerely. “If it makes you feel any better, I’ve been extremely polite when that happens,” she said, sounding like she’s becoming Canadian by osmosis. “Although I did have to get a little shirty with one who called three times.”

And still it happens. Before Christmas, we visited a friend in Austria and I texted him my new number. Nonetheless, on the next occasion when he meant to text me, he went to his contacts list and Kerry was once again reminded of my existence.

There’ve been a few more since. Kerry literally has my number now, my current one, and seems nonplussed about these ghosts of the phone’s previous owner. A nephew’s birthday here, a bar get-together there. Time will pass, and her number will absorb her life and contacts.

Does this give her pause about ever giving up the number, now that she has it? “Not really,” she said. “I’m part of a generation that’s a little bit more on the nose when it comes to what can happen if I leave an old number behind.”

And I’m part of a generation that continues to find things out the hard way.