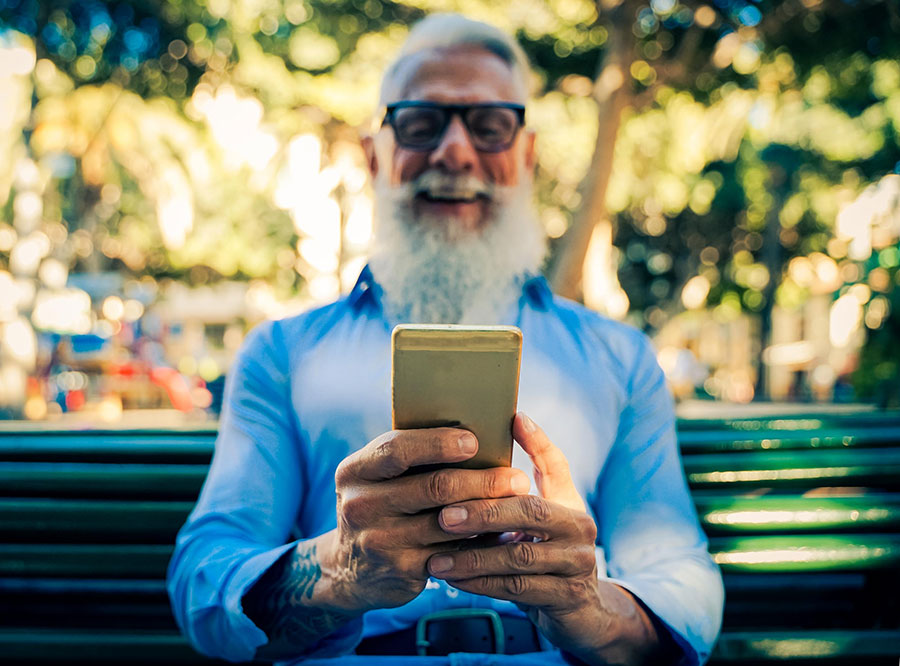 An app a day keeps the doctor away.

No, I didn’t forget the letters l and e at the end of the word app.

Just as good food can help keep your body strong, apps — including mobile games — can exercise your grey matter. This is especially true for puzzle-based digital diversions.

Hundreds of new games debut for smartphones and tablets each week at Apple’s App Store or Android’s Google Play store, many of which are free or close to it.

But therein lies the problem: with so many to choose from, finding something new to play can be an overwhelming endeavour.

And so, the following is a look at seven tap-worthy and free recommendations — but be aware some may offer optional in-app purchases to unlock extra content. All these games are available for both iOS (iPhone, iPad) and Android devices. Love Sudoku? Crossword puzzles? Word searches? You can have it all inside of this one free game, Puzzle Page, as well as other fun puzzlers including Picture Cross, Xs and Os, Futoshiki, Kakuro and other word, logic, number and picture puzzles. Use your fingertip to tap and type, with a simple interface and fast load times. To keep things fresh, AppyNation’s Puzzle Page also dishes up daily challenges, special bonus games, unlockable “achievement” trophies and rewards. I love the minimalist look of this game, with its clean look to see and play puzzles. Similarly, Puzzledom is a collection of several puzzle games — all in one place. Easy to pick up but difficult to put down, these games include popular classics like Escape (a sliding block puzzle), Connect (use your finger to connect dots with the same colour) and Tangram (place shapes on the screen to complete the puzzle), to name a few. Not only will you unlock new games the more you play, but you’ll also earn daily in-game prizes. In total, Metajoy’s Puzzledom delivers nearly 8,000 free-to-play levels. Could this game be so addictive that Alex Baldwin is willing to be kicked off an airplane for not putting it away? Zynga’s Scrabble-like game has you create words using tiles on board, and you can take turns against your opponents — anywhere in the world — at your own pace. In fact, Words With Friends 2 supports many simultaneous matches, and you’ll be notified on your phone or tablet when it’s your turn for each game. Chat with friends while playing via the in-game messaging feature, take on mini-games and compete for top spot on a leaderboard. Pointvoucher Studio’s Mr. Bean Solitaire Adventures stars an animated Mr. Bean, the hapless character played by U.K. comedian and actor Rowan Atkinson. Reminiscent of other mobile solitaire games (like Big Fish Games’ Fairway Solitaire), you must tap a card that’s one higher or lower than the card you’ve flipped, such as placing an 8 or 10 on a 9. The goal is to clear the entire board with your available cards. This game also adds a silly story about Mr. Bean travelling from New York to Honolulu and other U.S. cities. Along with hundreds of levels, the game lets you earn Bean Bucks and stars, unlock virtual prizes, use special power-ups and bonus cards and more. From Atari, one of the most iconic video game companies, comes Citytopia, a city building and management game for smartphones and tablets. This free-to-play 3-D city simulation challenges players to create, build and manage their own thriving metropolis. You’ll be tasked with constructing residential, industrial and commercial areas; building roads to connect the areas; boosting your population; and satisfying the needs of your citizens by taking on contracts ranging from staffing factories and delivering goods to supermarkets to increasing tourism by building attractions. Even if you haven’t played this version of the incredibly popular Candy Crush family of games, you no doubt know the premise: King.com’s Candy Crush Friends Saga has you swap coloured candies on a board to make a match of at least three in a row (similar to Bejeweled, which no doubt influenced these games). But now there are fun characters to unlock, each of whom has a special ability to help you clear the board. Cascading fruit, chocolate obstacles and fruit jelly all add to the deliciously challenging gameplay. Flo is back! The hit computer game and Facebook puzzler is even more fun on smartphones and tablets. For the uninitiated, you’re tasked with micromanaging restaurants to help keep customers happy — from seating and serving to decorating and cleaning the joint. Oh, it might not sound like fun, but just you try to stop playing it. As the multitasking Flo, your goal is to close out each day by making money for the establishment, so they can fix it up and attract even more customers. Glu Mobile’s free and challenging game is a blast.

6 Totally Addictive (And Free) Games For Your Device