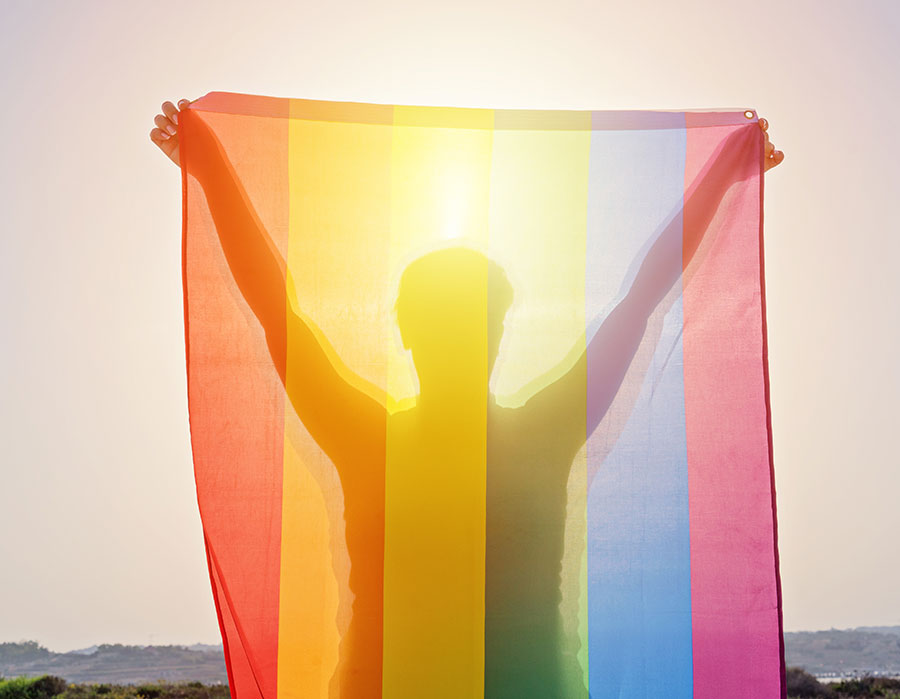 A 90-year-old Colorado man came out to his daughter after writing his memoirs during pandemic isolation triggered memories of his first love. Photo: Kira-Yan/Getty Images

The isolation imposed by the ongoing global pandemic has prompted many people to instigate change in their lives, from taking on new hobbies to finding new ways of working and communicating. But for a 90-year-old Colorado man, the COVID-19 quarantine led him down an exceptionally unique path — one that allowed him to finally come out as gay.

According to a story in The Denver Post, Kenneth Felts, a retired counsellor and supervisor for the Colorado Division of Rehabilitation, began writing his autobiography while isolating during the COVID-19 pandemic. It triggered memories of his first love — a man named Phillip — from more than 70 years before.

During the 1950s, Felts, then in his 20s, lived in California and fell in love with Phillip.

“Coming out in the ’50s, ’60s and ’70s was horrendous,” Felts told the Post. “That was part of the reason I didn’t ever consider coming out (before). There was no gay community. There really weren’t gay organizations or anything. People who came out came out on their own, without support. And I guess I didn’t have the courage to face society at that time, so I just went ahead and buried it.”

Instead, Felts decided to live as a straight man. His eventual marriage to a woman ended in divorce after 16 years, but it did produce a daughter — Rebecca Mayes — who came out to Felts as a lesbian more than 20 years ago.

“I’ve been in the closet all my life — deep in the closet, behind rows and rows of clothing. I’m way back there,” he said. “Opening that door at the front, I had great trepidation as to what people would say. I was very concerned because I needed people and I couldn’t stand the thought of losing them just because I decided to finally be who I really was.”

Felts also told the Post that, upon writing his memoirs, the memories of Phillip returned. Not long afterward he told his daughter about Phillip, which constituted the first time he’d ever expressed his true feelings. He said that he felt he’d been living as two separate personalities all of these years, and shortly thereafter he decided to come out publicly.

In a video interview with the BBC, which you can watch below, Felts’s daughter says, “I’m just so happy that he can be himself now.”

And as Felts describes in the same interview, being himself includes, “wear[ing] the shirts I want, I can wear necklaces, I get blue colour in my hair. It’s the freedom of doing without fear that someone’s going to disparage you for it.”

Felts, who is now also often seen wearing a rainbow hoodie, told the BBC that dealing with his daughter’s coming out years ago while being secretly gay himself put him in a difficult situation. But he embraced Rebecca and her partner, Tracie Mayes, with whom she’s been for a quarter of a century and has two children.

“He just really seemed to take it and run with it,” Mayes told the Post about Felts’s own coming out. “He seems to be making up for lost time and really is owning it, which is fantastic.”

That includes joining LGBTQ groups and helping to raise money for LGBTQ charities.

As for advice following his late-in-life coming out, Felts told the Post: “Don’t underestimate your friends and family. You might be surprised at how they react if you were to decide to come out. Enjoy what you’ve got while you’ve got it because you’ve only got it once.”

To that end, Felts says he’s tried to track down Phillip following his divorce in 1979, but that he could never find him. The BBC story notes that Felts eventually discovered Phillip had died in 2018.

“Before I came out, I was doing everything I could to avoid drawing attention to me,” he says in the BBC interview, in which he wears his rainbow hoodie and a rainbow face mask. “It’s just a total reversal of my role, and I’m embracing it and doing what I can for the gay cause.”

Remembering Stonewall and The Marginalized Activists That Created a Movement