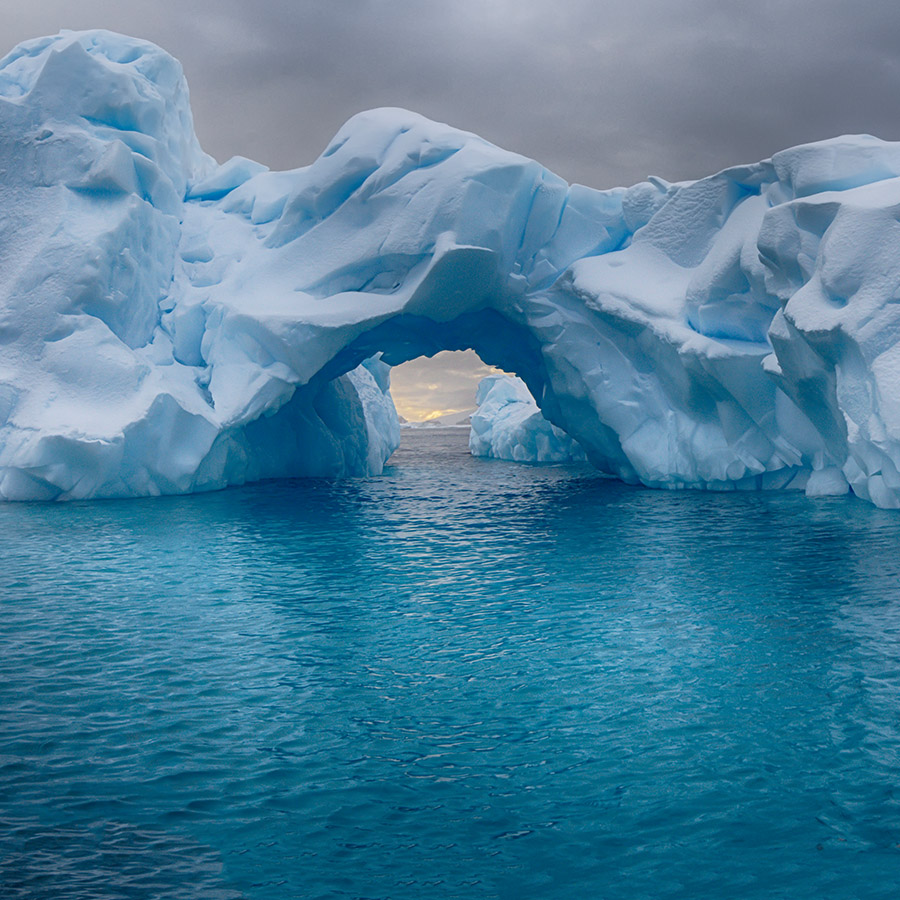 The Southern Ocean, which surrounds the continent of Antarctica and is home to a unique ecosystem and numerous marine species, was officially recognized as the world's fifth ocean by National Geographic on Tuesday. Photo: Michael Leggero / Getty Images

The news on Tuesday (World Oceans Day) that National Geographic has officially recognized a fifth ocean on Earth raised a few questions — not the least of which was, “How did we all overlook an extra ocean all of these years?”

Well, it turns out we haven’t. The Southern Ocean — known to some as the Antarctic or Austral Ocean — has always been there, encircling Antarctica with its cold waters and unique ecosystem. But as of Tuesday, the National Geographic Society officially recognized the body of water — which comprises the bottom portions of the Atlantic, Indian and Pacific Oceans — as its own ocean. Along with the Atlantic, Arctic, Indian and Pacific, it becomes the fifth ocean recognized by the organization.

Marine scientist and National Geographic Explorer Seth Sykora-Bodie said that, “Anyone who has been there will struggle to explain what’s so mesmerizing about it, but they’ll all agree that the glaciers are bluer, the air colder, the mountains more intimidating, and the landscapes more captivating than anywhere else you can go.”

In a story about the recognition, National Geographic noted that the National Oceanic and Atmospheric Administration (NOAA) recognized the Southern Ocean as the world’s fifth ocean this past February, while the U.S. Board on Geographic Names did so in 1999. The story added, though, that the International Hydrographic Organization (IHO), which “works with the United Nations Group of Experts on Geographical Names to standardize names on an international scale,” is still deliberating whether or not to “reinstate the Southern Ocean” after recognizing it in 1937 but then stripping it of its status in 1953.

The story also noted that, “By drawing attention to the Southern Ocean, the National Geographic Society hopes to promote its conservation.”

So what makes the Southern Ocean so unique? Here, five fast facts about the world’s fifth, and newest ocean:

1. It’s the Baby of the Family: Aside from being the world’s newest ocean, the Southern Ocean is also the world’s youngest. It appeared roughly 30 million years ago after South America and Antarctica split, creating the Drake Passage. It is the world’s fourth smallest ocean, edging out the Arctic Ocean in size, and Sylvia Earle, National Geographic Explorer at Large, said that, “it is the only ocean to touch three others and to completely embrace a continent rather than being embraced by them.”

2. Keeping Current: The Southern Ocean, according to National Geographic, is unique because of the current — specifically, the Antarctic Circumpolar Current (ACC) — that runs through it. The current flows “from east to west around Antarctica” and “pulls in waters from the Atlantic, Pacific, and Indian Oceans, helping drive a global circulation system known as the conveyor belt, which transports heat around the planet.” They also note that the “cold, dense water that sinks to the ocean floor off Antarctica also helps store carbon in the deep ocean. In both those ways, the Southern Ocean has a crucial impact on Earth’s climate.”

4. Home Sweet Home: The unique, cold ecosystem created by the ACC allows for numerous species of marine animals to flourish in the Southern Ocean. According to the World Wildlife Fund (WWF), “the marine environment supports rich plant and animal life, including penguins, seals, whales and albatrosses.” It’s also home to a steady supply of krill, which the WWF calls, “the foundation of the Antarctic food chain.”

5. The Southern Ocean Under Threat: Many organizations, including the National Geographic Society and the WWF, are sounding the alarm about threats facing the Southern Ocean. The WWF specifically cites unsustainable fishing, litter and, especially, climate change as three major causes of concern. It also notes that krill is “facing a huge reduction in numbers, putting the entire marine ecosystem at risk.” National Geographic adds that “the Southern Ocean has ecological effects elsewhere as well. Humpback whales, for example, feed on krill off Antarctica and migrate far north to winter in very different ecosystems off South and Central America. Some seabirds migrate in and out too.”

In addition, the WWF noted that, in terms of climate change, “A warming of 2 C in the Southern Ocean is predicted to reduce winter sea ice coverage by 10-15 per cent and up to 30 per cent in some key areas” and called for various protective measures, including establishing “a network of marine protected areas,” sustainable fishing, ensuring that “a moratorium on mineral exploitation in the region remains in place” and further study on the impacts of, and solutions to, climate change on the area.