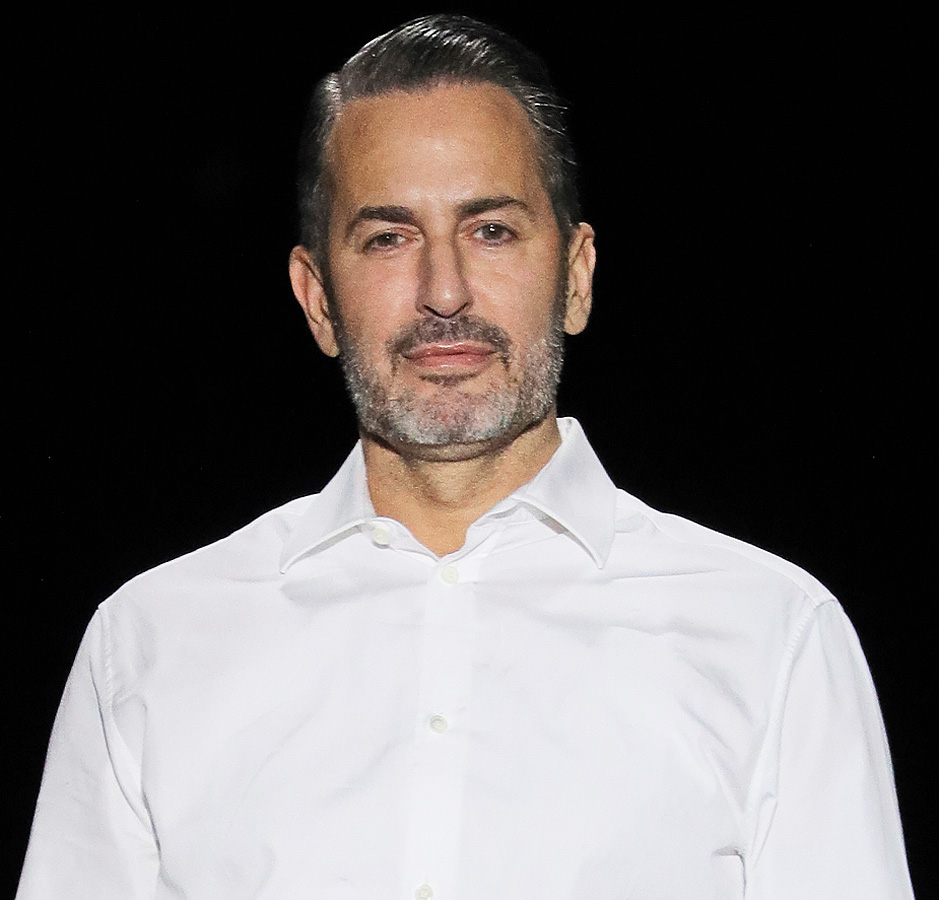 Designer Marc Jacobs, 58, opened up about his recent facelift in an interview and on social media, prompting a discussion about men and cosmetic surgery. Photo: Thomas Concordia / WireImage via Getty Images

“I started doing thread lifts to hold up my jowls and the area of my face where the skin was sagging. Those were only effective for a very short period of time,” designer Marc Jacobs, 58, said while detailing his decision to have a full facelift in a candid interview with Vogue last week. “I’ve got scars around my ears, my face is swollen, I have a bruised neck. But I’m still posting on Instagram. I don’t care.”

Long at the forefront of trends — grunge chic to guy-glam — Jacobs has pushed the envelope on society’s attitude about men and vanity for decades. From his ultra-buff makeover in 2007 (“For 20 years, I wouldn’t even look in the mirror …”) to his hair transplant three years later (“I couldn’t sleep on my side, and I couldn’t put my head back”), love for colourful manicures (#MalePolish!) or a full face of makeup (“It is human to adorn oneself”), the American designer has been smashing male beauty boundaries since his 30s.

Now just shy of 60, he’s blasting through that last testosterone ceiling — shame-free plastic surgery, posting photos of himself swathed in gauze, bandages and drainage tubes above the unabashed Instagram hashtags, #LiveLoveLift and #f*ckgravity.

“I’m vain,” said Jacobs in Vogue. “There is no shame in being vain.”

Beyond a few anomalies — the court of Louis XIV, movie stars, singers, English dandies — men, historically, were conditioned to be above such trifling concerns as their “youthful” looks. Or at least, to pretend otherwise if they weren’t.

Unlike women, whose power was rooted in their youth and beauty, men weren’t under any pressure to remain youthfully alluring. A sun-creased face never lessened a gentleman’s appeal; it often enhanced it. When men hit a “certain age” they simply ascended to “Silver Fox” status — with its air of salt and pepper suaveness — endeavouring to stay slim, dress well, and retain their hair. That was it. Beyond which, and this is no small thing, men can grow beards — that naturally occurring concealer for the increasingly saggy neck that instantly ages anyone over 52.

Of course, not every man can mature like George Clooney, and a few modern tweaks offer a welcome respite from the veracities of aging. Over the past decade, refinements in hair transplants have made those more routine, with less chatter about it. Unlike Elton John, whose attempts to resod his bald pate since the late ’70s proved more miss than hit, a raft of Hollywood actors, from Jude Law to Kevin Costner, have bolstered their receding hairline to natural effect. A yen for basic repair expanded into non-invasive techniques like fillers, Botox, and skin-smoothing lasers, as that arena simultaneously expanded and grew more accepted.

Let’s hazard a guess that a broader acceptance of gay culture — an unapologetic embrace of aesthetics that birthed the ’90s “metrosexual” — also pushed the trend along. Not to mention all the wives and girlfriends suggesting the odd little fix they’d already tried out, which were subtle and preventative. Dipping a toe in the warm, addictive water of the anti-aging pool allowed everyday men — not just film stars, musicians, and fashion designers — to feel more comfortable with more procedures.

According to the American Society for Aesthetic Plastic Surgery, male procedures tripled between 1997 and 2016. A 2020 study by the same group charted a 28 per cent spike between 2000 and 2019, listing the top five procedures for men as nose jobs, eye jobs, cheek implants, liposuction and ear pinning, in that order. Of the minimally invasive options, Botox was number one by a mile, followed by laser resurfacing, laser hair removal, fillers, and microdermabrasion — an increase that Beverly Hills plastic surgeon Dr. Marc Mani, speaking to People magazine, pegged to career advancement.

“The days of staying with the same company for 40 years until you get your gold watch are over,” said Mani. “Seniority is not as important as energy and productivity, which are associated with youth. In an economy driven by tech and social media, youthful looks are more important than ever before.”

“These conversations around aging or plastic surgery are just like any other conversations to me. The problem comes with the shame around them,” Jacobs said in his Vogue interview. “Self-care on every level, whether it’s spiritual self-care or meditation, getting my hair dyed and cut, or spending two hours getting my nails done, those are all part of wellness for me. The better I feel about myself, the better I’m able to be.”

“The truth is, there’s a certain point where you can’t fix things without surgery. People who look good never talk about it,” the designer’s New York plastic surgeon, Dr. Andrew Jacono, added in the same piece. “When someone of Marc’s status is sharing … it sends a message.”

However, one wants to be sure it’s the right message. Men being open to, and open about, cosmetic enhancements is a welcome shift. But “improvement” is the key idea, and a notion apparently lost on Jeff Bezos when he rocketed into space last month. Many internet wags were less awestruck by his interstellar adventures than by the rumoured galactic level of his face fillers.

Having, at least in that arena, seemingly over-prepared for his launch — or rather, the global PR blitz that went with it — Bezos was mocked as “Juvederm Jeff,” after the Juvederm brand of facial fillers. Media outlets from The Daily Beast (“Why Is Everyone So Obsessed With Jeff Bezos’ Face?”) to The Daily Mail (“Has Jeff Bezos had a space-lift?”) critiqued his “super puffy” look and, generally, were amazed that “no matter how rich you are, you could still get bad filler.”

Cabin pressure aggravates swelling (and bruising), so you’re supposed to wait a week after injections to fly — never mind into the stratosphere. So, maybe that was it. Either way, the smooth necked, lip and cheek augmented version of the billionaire Amazon founder only increased his creepy Lex Luthor vibe. Though some found the resemblance more Dr. Evil. Either way, a man who’d take a billion-dollar joyride into space on a giant penis-shaped rocket while the planet incinerates isn’t likely the go-to on optics — of any kind.

Bottom line, no matter how honestly men may — or may not — want to be about what they’ve done to upgrade their looks and downplay their age, they just want to look (and feel) great.

And there’s nothing wrong with that.

The Collagen Question: How You Can Reap Its Beauty Benefits