How Indigenous Burning Practices Can Help Curb the Biodiversity Crisis 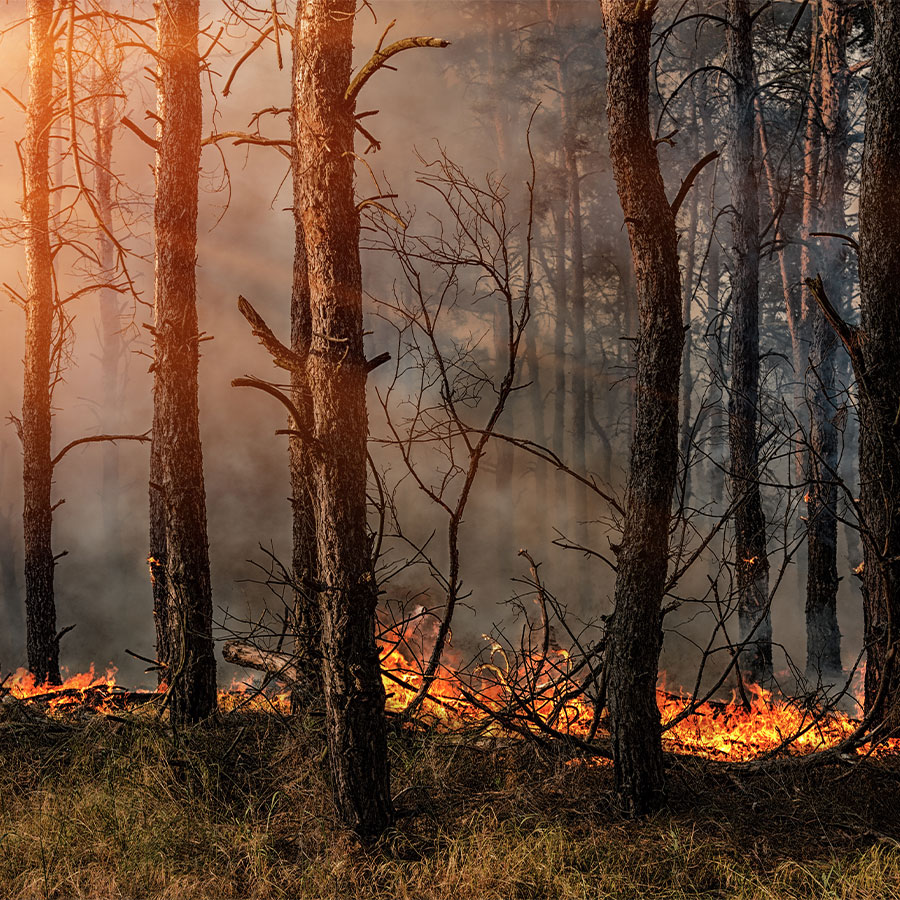 Wildfires can be dangerous and destructive but, for many ecosystems, fire plays a key role in supporting and maintaining biodiversity. Research shows that Indigenous fire stewardship increases biodiversity in almost all of Earth’s terrestrial biomes. Photo: Yelantsevv/GettyImages

Media coverage of the 2021 summer fire season in Canada has emphasized the dangerous and destructive nature of wildfires. Lytton, B.C., was destroyed by a fast-moving wildfire in June. Lives were lost, along with personal, environmental and economic damages reaching billions of dollars. Not all fires, however, are so disastrous.

For many ecosystems, fire plays a key role in supporting and maintaining biodiversity. For thousands of years, Indigenous people have purposefully used fire to shape the landscapes they inhabit. Indigenous fire practitioners have a deep knowledge of how specific types of fire can increase or decrease the abundance of species in a given area.

Humans Use Fire As a Tool

Our global review of research papers published over the past 100 years revealed that Indigenous fire stewardship affects a variety of life, including plants, crops, mushrooms, mammals, birds, reptiles and even microbes.

Different Indigenous groups living in similar environments use different fire practices to achieve different goals. For example, some Indigenous groups from the western boreal, such as the Chipewyan Dene, rely on woodland caribou (Rangifer tarandus) as a primary food source. Chipewyan Dene hunters note that fire is bad for woodland caribou because caribou rely on lichens that only grow in old growth forests. Alternatively, the Tsa’tinne People from boreal Alberta depend on moose (Alces alces) and use fire often, because moose prefer the new foliage that flourishes in fire-disturbed forests. Nearly 80 per cent of the research papers we reviewed show a change in species composition as a result of fire stewardship. Land clearing, hunting and food resources — for example, increasing berry, mushroom or root crops — were the most frequently cited reasons for Indigenous fire stewardship.

Cultural burning — the use of fire to improve the health of the environment and people — is almost always done in the spring, winter or fall, during the wet season in the tropics or at night.

Indigenous fire stewardship blends intergenerational knowledge, beliefs and values with advanced methods of controlling several aspects of fire. Small, prescribed or cultural fires can recycle nutrients into the soil and support the growth of plant species used for food and medicine. Fire stewardship can also protect communities: in Tsilhqot’in territories (central British Columbia), fire is commonly applied in the spring and fall to reduce the risk of lightning fires that may harm communities in the summer months.

Many species and landscapes have been shaped by this long-standing relationship between humans and fire. For example, Garry oak ecosystems in B.C. flourished 7,500 years ago in a warmer climate. As the climate cooled, Garry oak ecosystems shrank from the landscape, persisting only in patches due to Indigenous fire stewardship.

Several species of raptors hunt prey that are flushed out of burning areas. Additionally, there are also many shade-intolerant plants that require fire to create gaps in the tree canopy so seedlings can establish themselves in sunny spots on the forest floor.

The majority of studies included in our research also reported an increase in the variety of habitats seen across a landscape, which is known as habitat heterogeneity. This patchwork quilt of habitats provides a wide variety of plants and animals with the resources and conditions they need to flourish, which further supports biodiversity.

Due to the nature of literature reviews, our research has not captured the full relationship between Indigenous burning and biodiversity. Indigenous Knowledge is often preserved outside academia, and some terms, such as biodiversity, were not commonly used in past research.

In addition, not all of Earth’s biomes are represented equally in the published literature, due to politics or remoteness. Some regions are not well represented because cultural burning was understudied in some biomes like the tundra or rainforest. However, emerging research and Indigenous Knowledge is demonstrating that cultural burning is a widespread practice, even in these regions.

The fire suppression that came with colonization disrupted beneficial fire practices in Canada and around the globe. For more than 100 years, both natural and cultural fires have been stifled through fire-fighting policies and Indigenous oppression.

Fire suppression has allowed dry and dead vegetation to accumulate. This, coupled with warmer and drier conditions linked to climate change, is leading to bigger and more severe wildfires. It also disrupts lightning and cultural fires from cleaning landscapes of vegetation affected by pests, diseases and invasive species.

If we hope to avoid another destructive wildfire-filled summer like 2021 it is time to adapt western fire management policies. Valuing, integrating and supporting Indigenous-led approaches to fire stewardship will help rebuild fire-resilient communities while conserving biodiversity.