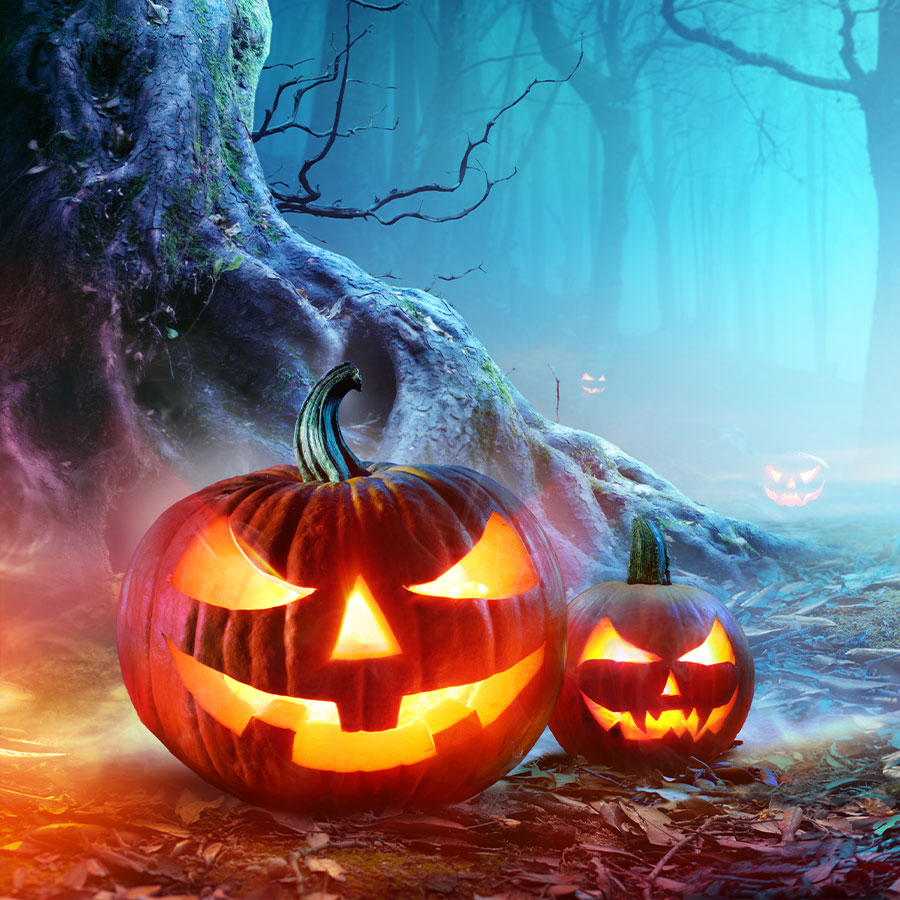 In northern European cultural and literary traditions, peatlands — an umbrella term for various types of bogs, fens and moors — all have associations with fear, danger and uncertainty. Folklore associated with peatlands has also lent us some Halloween symbols, like the jack-o’-lantern.

And yet, fears or dangers associated with Halloween don’t hold a candle to the clear and present planetary threat of climate change. Learning about and protecting peatlands matters for taking positive climate action today.

Peatlands act as carbon sequestration units (or sinks) — where carbon dioxide (CO2) is captured from the atmosphere and stored over many millennia. In fact, peatlands are the largest natural terrestrial carbon storage on the planet (about 25 per cent of all soil carbon and double the amount held in forests).

Peatlands have been central to how northern European folklore has explored fear, a sense of the uncanny and the supernatural for hundreds of years. Their persistence is also key to slowing down climate change.

Landscapes of Mystery and Fear

In my book, Contentious Terrains: Boglands, Ireland, Postcolonial Gothic, I examined how cultural and literary narratives about peatlands in Ireland often evoke gothic elements through the mysterious and macabre as a response to colonial histories. The gothic refers generally to modes, themes and stylistic representations of horror or the uncanny across European cultural history dating back to the 18th century.

Northern European storytellers have often relied on peatland landscapes to capture a frightening or spooky mood or atmosphere, such as in English classic novels like Emily Brontë’s Wuthering Heights or Arthur Conan Doyle’s Hound of the Baskervilles. Such tales drew on longer-standing oral and cultural traditions that looked to peatlands as liminal spaces, places that appealed to a sense of the uncanny and the supernatural.

A rich folklore involving fear and death, in addition to ghosts and hauntings, emerges from accounts of peatlands. According to Irish folklore, the púca or “pooka” is a shape-shifter that uses the mysterious terrain of bogs to either deceive or assist people.

Often appearing in rural or marine environments, the pooka is a trickster figure capable of morphing into various forms: black horses, goats, rabbits and cats, as well as humans. In The Origin and History of Irish Names and Places, under the “fairies, demons, goblins and ghosts” section, Irish historian and etymologist P.W. Joyce describes the pooka as a contradictory mix of merriment and malignity.

Folklore commonly referred to distant lights known to spontaneously appear on peatlands as will-o’-the-wisps (or ignis fatuus — Latin for “foolish fire”) — a type of ghost also known as “bog sprites,” “water sheeries,” “fairy lights” and even the more familiar jack-o’-lantern.

Science journalist Kit Chapman explains that a scientific theory for these lights exists, but is still debated. Some scientists maintain that in some peatland environments, the highly flammable chemicals of phosphine and diphosphane that are produced from the fermentation process in these highly anaerobic marshy lands can spontaneously ignite with exposure to oxygen at various temperatures on the surface.

Storytellers told of how flickering forms, often resembling candles or fire bursts, would sometimes help wayward travellers find their way. Or, according to other accounts, will-o’-the-wisps sometimes led travellers to an untimely death. Wet peatlands (bogs) can be visually deceptive: what looks like solid ground can give way and claim a person by suffocation or drowning.

These bodies have been preserved for thousands of years, including fingerprints, nails, hair and facial features, all due to the decay-defying, oxygen-deficient (anaerobic) environment.

Commentary about the environmental insights afforded by studying and contemplating bog bodies, and the ethical issues inherent in excavating, displaying or writing about them, point to how peatlands continue to encourage deep reflection about our relationships with cultures and environmental history.

The Wonder of Peatlands

This year, Halloween falls on the first day of the 26th United Nations Climate Change Conference of the Parties (COP26) in Glasgow, Scotland.

This is a fitting location considering the history of peatlands in the North Atlantic archipelago, but also in face of the climate disaster.

The world has much to fear about the degradation of peatlands, much more than wandering spirits. Based upon the most recent projections from the Intergovernmental Panel on Climate Change (IPCC), we are in dire circumstances.

In the past 10,000 years, peatlands absorbed up to 1.2 trillion tonnes of carbon dioxide, producing a significant amount of net cooling on the Earth. The bad news is that the sustained destruction of peatlands accounts for five to 10 per cent of annual carbon emissions from humans.

Ultimately, the removal or disturbance of peatlands accelerates climate change for two interconnected reasons: it reduces the land where carbon can be captured and stored, and it also releases stored carbon over several millennia back into the atmosphere, increasing carbon levels.

Think of Peatlands This Halloween

This Halloween, rather than only being lured by jack-o’-lanterns across neighbourhood streets, perhaps we can also consider peatlands and their impact on climate.

The same fear of danger and sense of awe associated with peatlands for thousands of years can be redirected in a contemporary context to increase climate education and awareness. Peatlands remain central to climate action around the world.

Consider learning about the peatlands nearest to you this Halloween, such as those peatlands across Canada that are part of traditional territories of many Indigenous Peoples.