Lest We Forget: Each Year, Three Canadian Medics Who Served in Afghanistan Take Stock of Their War 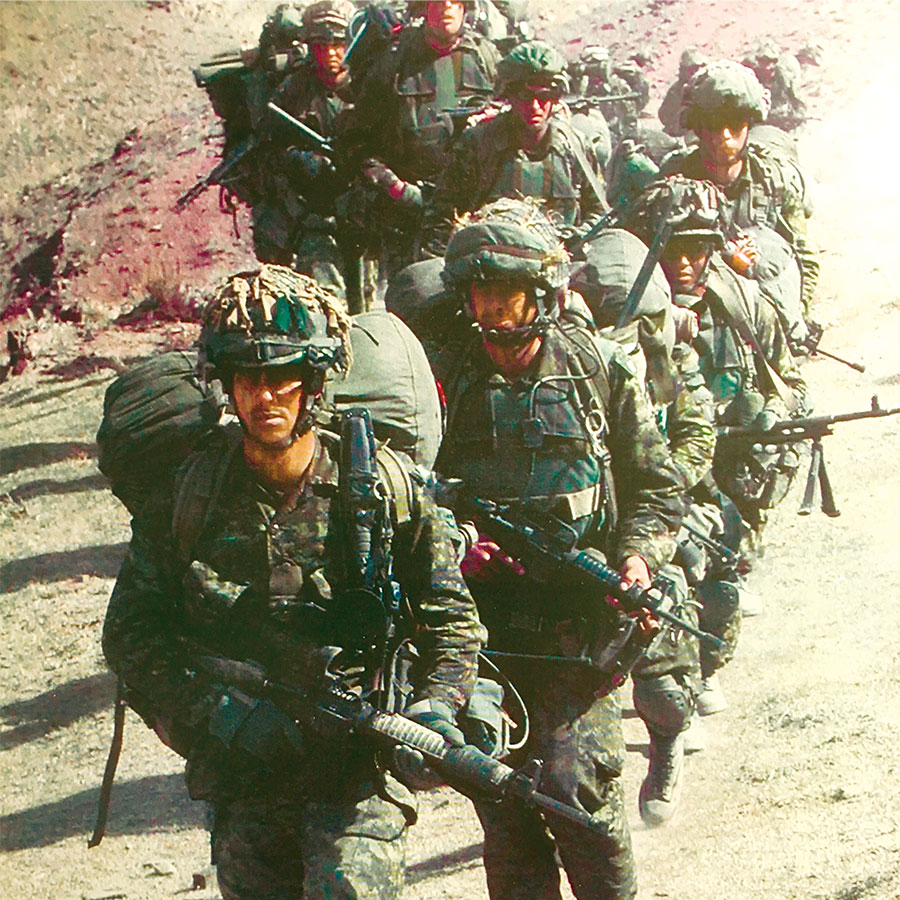 Jeff Peck leading a platoon in Afghanistan. During a training exercise with his platoon, Peck and his men suffered a “friendly fire” attack, resulting in multiple casualties and wounded Canadian soldiers. Photo: Courtesy of the author’s collection

Retired medic Bill Wilson acknowledges two Remembrance Days every year. On Nov. 11, the Canadian Armed Forces veteran from Leamington, Ont., will honour the sacrifices made by other generations of Canadians in the First and Second World Wars. And on April 18, he pays tribute to four Canadians who lost their lives in a friendly-fire incident in 2002, during the war in Afghanistan.

Nearly 20 years ago, Wilson was the lead medic on a live-fire, midnight training exercise with about 80 soldiers from Princess Patricia’s Canadian Light Infantry at Tarnak Farm in the Afghanistan desert, not far from the base in Kandahar. Mistaking the Canadians for insurgents, a U.S. National Guard fighter pilot dropped a 225-kilogram bomb on them. Wilson, then a 35-year-old sergeant, was a few hundred metres from the blast.

“I flew out of the ambulance so fast,” he said in an interview, “I left my helmet and rifle behind.” In the next few minutes, Wilson made a vital decision that saved lives that night. “There are three things you can do to save a soldier’s life,” he explained. “Open up their airway [so they can breathe], use a needle to decompress a collapsed lung and use a tourniquet to prevent bleeding to death.” Junior medic Jean de la Bourdonnaye, known as DLB, applied a tourniquet to Sgt. Lorne Ford’s leg above a shrapnel wound that had blown out an artery; otherwise, he would have bled to death.

Seven months earlier, on a training exercise in Austria with the Patricias, Ford and his comrade, Lt. Jeff Peck, walked into the barracks with Sgt. Marc Léger, where they heard about the attacks on the World Trade Center, the Pentagon, and the U.S. Airlines plane crash in Pennsylvania, which killed 2,977 people, including 24 Canadians. Léger said to Peck, ‘We’re in a different world now.’”

On April 18, as the U.S. and NATO allies continued to search for Osama bin Laden, attempting to root out al-Qaeda and Taliban insurgents, Peck’s platoon had just completed its nighttime training exercise and was waiting for Léger’s group to finish. That’s when the U.S. bomb landed on the group, killing Léger, Cpl. Ainsworth Dyer, Pte. Richard Green and Pte. Nathan Smith on the spot.

Peck’s reflexes, like Wilson’s, kicked into threat analysis. Had Canadian weaponry malfunctioned? Had a mine gone off? Was it a Taliban attack? Peck, then 26, did a head count of his platoon, and deployed them to secure the casualty area, using glow sticks to mark where wounded men and body parts lay.

“The bomb hit inside the wadi, the ditch next to the exercise,” Peck said. “A bomb like that has a danger radius of 500 metres. If it had hit on the flat of the desert, it would have been worse.”

In 2004, Maj. Harry Schmidt, the U.S. National Guard fighter pilot who dropped the bomb, was found guilty of dereliction of duty, and lead pilot Maj. William Umbach was cited for leadership failures; both apologized to the families of the Canadian soldiers after a U.S. Air Force inquiry in 2003. In the end, Schmidt and Umbach were reprimanded by the Air Force and allowed to retire.

Nearly 20 years later, Maj. Peck, now a legal adviser to the Canadian military’s Judge Advocate General, laments the loss of his comrades. “They were the same as me. Young guys full of piss and vinegar. They get this chance to go do something great. They volunteer. They did it, but they didn’t come home.” For his own mental health, Peck said he compartmentalizes the friendly-fire incident, and tries not to think about it.

Was the 12-year Canadian mission in Afghanistan worth it? In 2014, Canada withdrew its troops after deploying 40,000 members of the Armed Forces overseas; 158 soldiers and seven civilians died in the war that saw the Taliban removed from power but not vanquished. In August 2021, after the U.S. began withdrawing its troops, and Taliban insurgents took over the country, Canadian soldiers joined an American-led effort to evacuate citizens and refugees from Kabul Airport.

After 27 years in the military, Peck is still proud of the mission. “We may not have won. But it’s not over,” he said. “When we were there … great things were done and seeds were planted. We have no idea what effect we had on all those young Afghani boys and girls. Those seeds might not grow for 10, 20 or 30 years.”

The Canadian Armed Forces, in recognition of the medics’ experience at Tarnak Farm, called on Wilson, DLB and the other junior medic who responded that night, Vic Speirs, to prepare others for future missions. Today, every medic and infantry solider who is about to deploy overseas gets a two-week Tactical Combat Casualty Care course, based on Wilson’s friendly-fire response, that prioritizes the ABCs (airway, breathing, circulation).

“I always take away the sense of validation of how we performed that night,” Wilson said. On April 18, his Remembrance Day, he reunited — as he does every year — with Speirs, who lives in Kingston, Ont., and DLB, who lives in Ottawa, the two medics who share his memories of that lifesaving, life-changing night.

A version this article appeared in the Oct/Nov 2021 issue with the headline “Lest We Forget,” p. 44.

I Was There: Canadian Veterans Recount the Triumph and Terror on Juno Beach

The Liberation of the Netherlands: How the Dutch Still Honour Canadian Soldiers