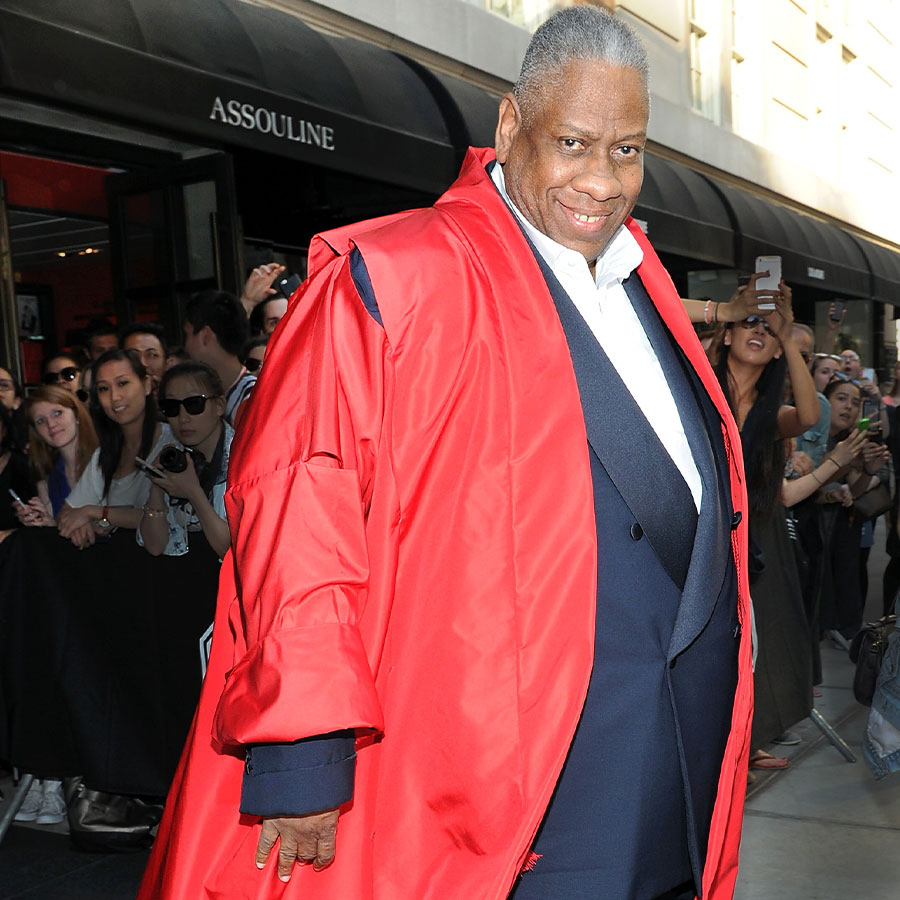 Upon news of the death of André Leon Talley — seen here ahead of the MET Gala in New York in 2015 — designer Diane von Furstenberg posted a tribute on social media declaring, “No one saw the world in a more elegant and glamorous way than you did.” Photo: Andrew Toth/Getty Images for The Mark Hotel

The former US Vogue editor-at-large passed away on Tuesday at White Plains Hospital in New York State, TMZ reports.

A cause of death is not known at this time.

The influential fashion journalist and stylist was known for his larger-than-life personality and loud personal style.

Following stints at Andy Warhol’s Interview magazine and Women’s Wear Daily, Talley quickly worked his way up the ranks at fashion bible Vogue, going from fashion news director from 1983 to 1987 to the first African-American creative director from 1988 to 1995.

Talley was appointed the role by Vogue icon and Editor-in-Chief Anna Wintour.

In 2020, he released his memoir, The Chiffon Trenches, in which he told tales about famous fashion figures, including Wintour, 72, and the late Karl Lagerfeld — the latter of whom he claimed “could have decimated my reputation in fashion.”

Wintour and Talley fell out in 2018 when she replaced him with a YouTube star for the red carpet interviews at the Met Gala, and he was still hurt about the snub years later.

He said: “If Anna had called and said, ‘André, we’re thinking of going in a different direction [for the Met ball], it’s important for our brand,’ I would have said, ‘Fine. That’s great.’ And I’d have come in my Tom Ford cape — I always wear Tom Ford — and enjoyed my dinner.

“It felt like I was just thrown under the bus. It hurt!”

Designer Diane von Furstenberg was among those to pay tribute to Talley.

“No one saw the world in a more elegant and glamorous way than you did.

“No one was more soulful and grander than you were… the world will be less joyful now. I have loved you and laughed with you for 45 years… I will miss your loud screams and your loyal friendship… I love you soooo much.”

UPDATE: Vogue reported on Wednesday that Talley died of a heart attack. However, the Houston Chronicle spoke with a longtime friend of the fashion giant who said that Talley died from complications related to COVID. The story also suggested weight-related health issues may have also been present.

Colleagues and friends from the fashion industry took to Instagram to pay tribute to the late fashion legend.

Wintour paid homage to Talley in a story about his passing on Vogue’s website.

“The loss of André is felt by so many of us today,” she wrote, pointing to those in the fashion industry who he worked with and inspired, as well as those who worked with him at Vogue. “Yet it’s the loss of André as my colleague and friend that I think of now; it’s immeasurable. He was magnificent and erudite and wickedly funny—mercurial, too. Like many decades-long relationships, there were complicated moments, but all I want to remember today, all I care about, is the brilliant and compassionate man who was a generous and loving friend to me and to my family for many, many years, and who we will all miss so much.”

Scroll down for more tributes from the members of the fashion industry.