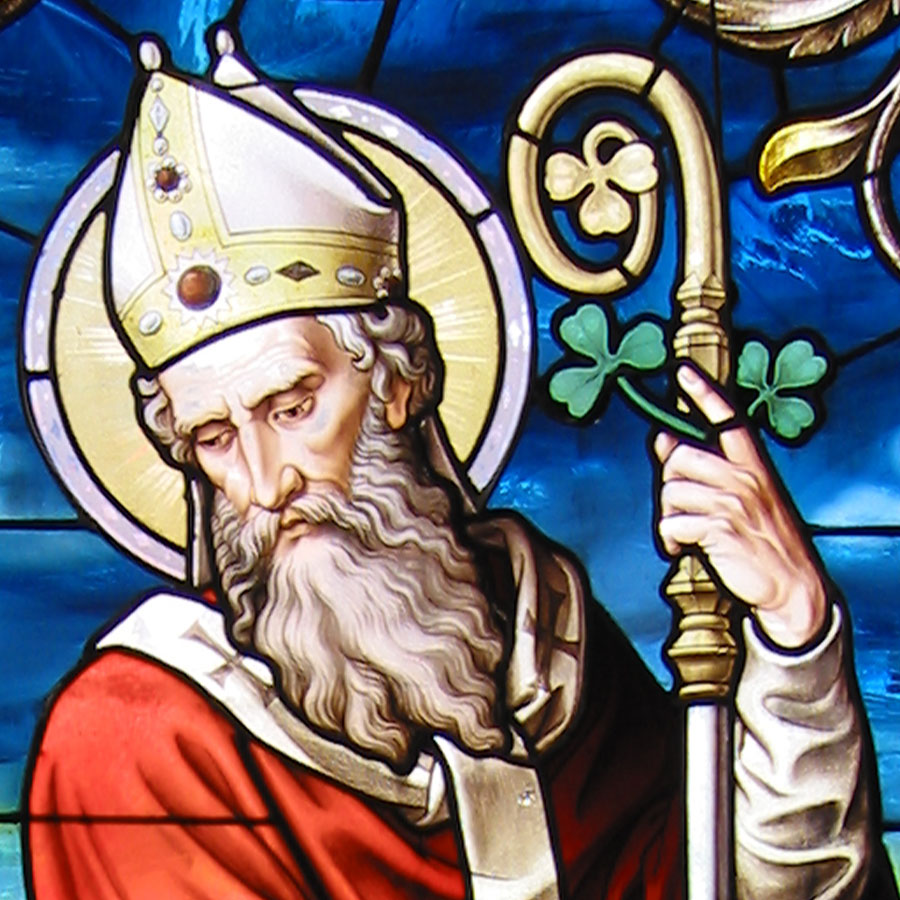 Stories of St. Patrick, seen here depicted in stained glass in Montreal's St. Patrick's Basilica, date back to the fifth century and are rich in history and metaphor. Photo: aleroy4 / Getty Images

Thanks to the festivities that surround St. Patrick’s Day, the saint behind the celebrations is one of the most recognizable in the world. Still, a number of misconceptions about his life remain. To start, St. Patrick isn’t Irish, he was never canonized by a pope and his name isn’t even Patrick.

So whether you celebrate the occasion as a holy feast day, an opportunity to honour the richness of Irish culture and heritage, or simply as an excuse to wear plastic green hats adorned with shamrocks and chug Guinness, read on for seven fascinating facts that you might not know about St. Patrick’s Day.

Who Is St. Patrick?

St. Patrick was born Maewyn Succat in the fifth century in Roman Britain, not Ireland. His first “visit” to Ireland occurred in his teens, when he was kidnapped by Irish raiders and sold as a slave. Eventually he fled back to Britain and then returned again to Ireland, of his own volition, years later as a missionary. He reportedly changed his name to Patricus (Patrick) upon entering the priesthood.

As well, the legend of St. Patrick expelling the snakes from Ireland is, unfortunately untrue, given no snakes existed in Ireland thanks to its cold climate and positioning as an island following the last ice age. Many believe that the legend is, in fact, a metaphor for expelling opponents of Christianity.

And, interestingly enough, St. Patrick was never actually canonized as a saint by a pope. The reason? The Catholic tradition of canonization was not established at that time in history. But don’t worry, despite that technicality St. Patrick is indeed considered a true saint in the eyes of the Catholic Church — and others around the world.

St. Patrick is also associated with the colour green, which seems like a no brainer. St. Patrick, Ireland, green — it all checks out.

That is, unless you ignore the earliest images of St. Patrick, which according to Smithsonian Magazine show the Irish saint outfitted in blue. He even had his own shade of blue dubbed “St. Patrick’s Blue.”

The publication notes that the colour blue was associated with Ireland for centuries, dating back to the 16th century and King Henry VIII declaring himself king of the nation. But with the Irish Rebellion in the late 1700s, the clover became a symbol of Irish independence and, thus, the colour green replaced blue. Of course Ireland also literally being the Emerald Isle, with green hills and fields aplenty, also helped solidify the colour as representing the country.

In 1737 Boston held the first ever St. Patrick’s Day parade and, in the centuries that followed, the tradition spread to cities all over the world.

And while New York’s parade is one of the biggest and most famous, the annual St. Patrick’s Day parade in Hot Springs, Ark., goes by so quickly that it’s over before your pint of Guinness has a chance to get warm.

Yes, while you might not have pegged Arkansas as a St. Patrick’s Day hotbed, the annual Hot Springs parade, which covers just 98 feet — the length of the town’s Bridge Street — holds the record as the world’s shortest St. Patrick’s Day parade.

According to the Encyclopedia of Arkansas, past parades have included “a group of 100 marching ‘Irish’ Elvis Presley impersonators, a group of corpulent dancers who called themselves ‘The Lards of the Dance,’ and the World’s Largest Leprechaun.”

And If You Thought That Was Random …

Chicago, of course, dyes its river green, but in New London, Wis., men dressed as leprechauns run around the city and change signs bearing its name to “New Dublin.”

San Francisco, meanwhile, used to mark the day by racing snakes, and New Orleans has incorporated a tradition of cabbage tossing into its St. Patrick’s Day parade.

But if you really want to take your St. Patrick’s Day revelry to new heights, consider a (post-pandemic) trip to Montserrat. The nation, along with Ireland, is the only one to deem the occasion a national holiday — one marking both the Irish saint and an 18th century slave uprising.

Oh, and did we mention the celebration lasts for two weeks?

According to VisitMontserrat.com, the festivities include “outdoor soca and reggae concerts, street parades, pub crawls and food fairs” as well as “land and sea tours, hikes and a road race.”

One Canadian Enjoyed an Out of This World St. Patrick’s Day

Canuck astronaut Chris Hadfield gained fame for his viral videos about daily life — not to mention renditions of David Bowie tunes — while commanding the International Space Station in 2013. His historic stint on the ISS — the first Canadian commander in history — meant he was in space for St. Patrick’s Day that year. But that didn’t stop him from celebrating.

Hadfield, adorned in a green bowtie and sweater, recorded a rendition of the song “Danny Boy” from the ISS (which you can listen to on the SoundCloud player below), prefacing the tune with, “From high above the world to the Irish everywhere, Happy St. Patrick’s Day.”

He also tweeted, “Maidin mhaith from the International Space Station! Happy Saint Patrick’s Day to the Irish all around the globe. Good morning!” while sharing a photo of Ireland from space.

To Drink, or Not to Drink …

While St. Patrick’s Day is often associated with drinking beer — like, a lot of beer — for most of the 20th century Irish pubs were actually closed by law for the occasion out of respect of the religious aspect of the day as well as the fact that it falls during the Christian season of Lent. It was only in the 1970s when the laws changed and the Irish could head to their local watering hole to toast St. Patrick.

That said, some folks, like the Sober St. Patrick’s Day Foundation, still encourage folks to refrain from drinking on the actual day as a means of challenging the stereotype around the Irish and drinking. The group celebrated its 10th anniversary last year and their mission statement says they aimed to “reclaim the true spirit of St. Patrick’s Day by changing the perception ​and experience from an occasion for binge drinking and other misuse of alcohol to a celebration of the richness of Irish culture and the legacy of St. Patrick.”​

Letting the Devil Out of Irish Soda Bread

Irish soda bread is a staple of many St. Patrick’s Day celebrations but, according to Reader’s Digest, what you let out of the bread is just as important as the recipe for what you put in it. The publication notes that, dating back to the 19th century, the Irish would cut a cross into the top of a fresh loaf of soda bread “to let the devil out.”

Christine Kinealy, a professor of history and director of Ireland’s Great Hunger Institute, told Reader’s Digest that, “In both Christian and pagan (Celtic) traditions, the cross is meant to ward off the devil and protect the household. But, the baking of soda bread was not really a custom until the late 1800s.”

Of course, in addition to staving off the devil, the cutting of a cross had another practical application: it allowed steam to escape the loaf.

Beer-Pairing Recipes for St. Patrick’s Day and Beyond