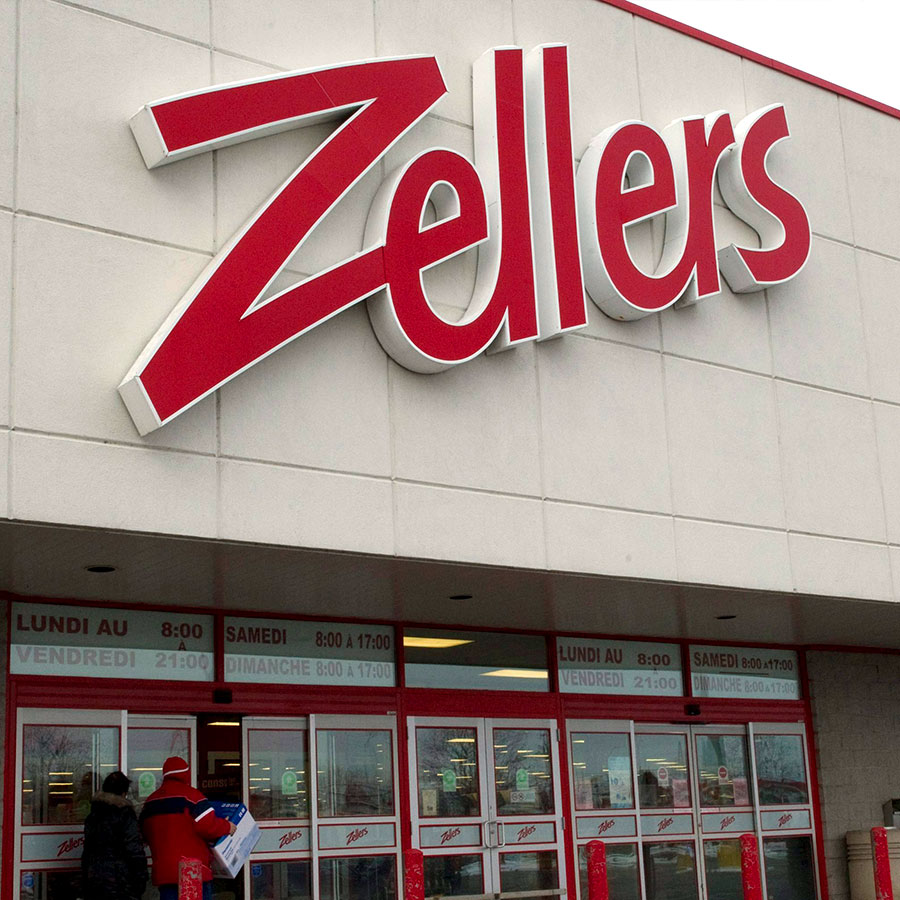 The announcement of the return of Zellers department stores in 2023 had many Canadians waxing nostalgic about the homegrown retailer on social media on Wednesday. Photo: Ryan Remiorz/The Canadian Press

“Hudson’s Bay announces the return of Zellers! And you all MOCKED ME INCESSANTLY for holding on to my Club-Z points!!!” crowed comedian and Corner Gas creator Brent Butt, 56, on Twitter Wednesday, following the announcement by Hudson’s Bay Company (HBC) that one of the nation’s most beloved department stores is poised to make a return next year.

And Butt wasn’t alone. In the wake of Wednesday’s news, Canadians from coast to coast to coast began waxing nostalgic about their favourite Zellers memories.

The rows of clothing racks. The Zellers Restaurant. Zeddy the teddy bear mascot. Club Z. The red shopping carts. And don’t forget the legendary mantra: “Where the lowest price is the law.”

All the reminiscences were ignited by a statement from HBC, noting that, “Arriving early 2023, the distinctly Canadian retailer Zellers will debut a new ecommerce site and leverage the nationwide network of prime brick-and-mortar Hudson’s Bay locations as it expands its footprint in major cities across the country.”

It added that the physical stores, and website (Zellers.ca), “will deliver a digital-first shopping journey that taps into the nostalgia of the brand Canadians know and love, while introducing a refreshed identity and a unique and exciting product assortment for families at everyday value.”

Products to be sold at the store include “housewares and home décor, furniture, small appliances, toys, and pet accessories and the introduction of a design-led, value-driven private brand. The assortment and category offer will grow throughout the year, including the introduction of apparel.”

The announcement signals a resurrection of the chain originally founded by Ontario-born businessman Walter P. Zeller in 1931, and sold to HBC in 1978. In 2011, as the chain struggled to compete against big box stores like Walmart, the American Target Corporation purchased most of the retail locations and converted them to Target stores or sold them to Walmart. All but three Zellers locations in Canada closed by 2013, with the last remaining stores closing in 2020.

But Zellers didn’t die in the hearts of Canadians.

In a 2021 Toronto Star “tournament” (determined by public voting) to crown Canada’s “favourite nostalgic mall store” — a battle that also included BiWay, Consumers Distributing, Simpsons, Woolco and the It Store — Zellers beat out Grand & Toy in the finals to take home the title.

Canadians Get Nostalgic for Zellers on Social Media

Zellers Chief Business Officer Adam Powell noted in Wednesday’s statement that, “Spanning generations, people hold distinct connections to Zellers through shared experiences with family and friends, and we look forward to building on that in the future.”

And the excitement to relive that nostalgia is palpable among the many Canadians who took to social media to celebrate the department store’s return.

Writer Zoe Whittall, 46, nostalgic for simpler times all around, added, “Oh Zellers is coming back can we also have all of TV in one place again”

And journalist Courtney Theriault set the stomachs of Canadians everywhere rumbling with his reminiscence of Zellers Restaurant food.

Meanwhile, others shared photos and thoughts about their favourite Zellers memories that they hope to begin reliving next year.

7 Books To Indulge Your Back-to-School Nostalgia