Later in Love: Falling for Each Other Four Decades After They First Met 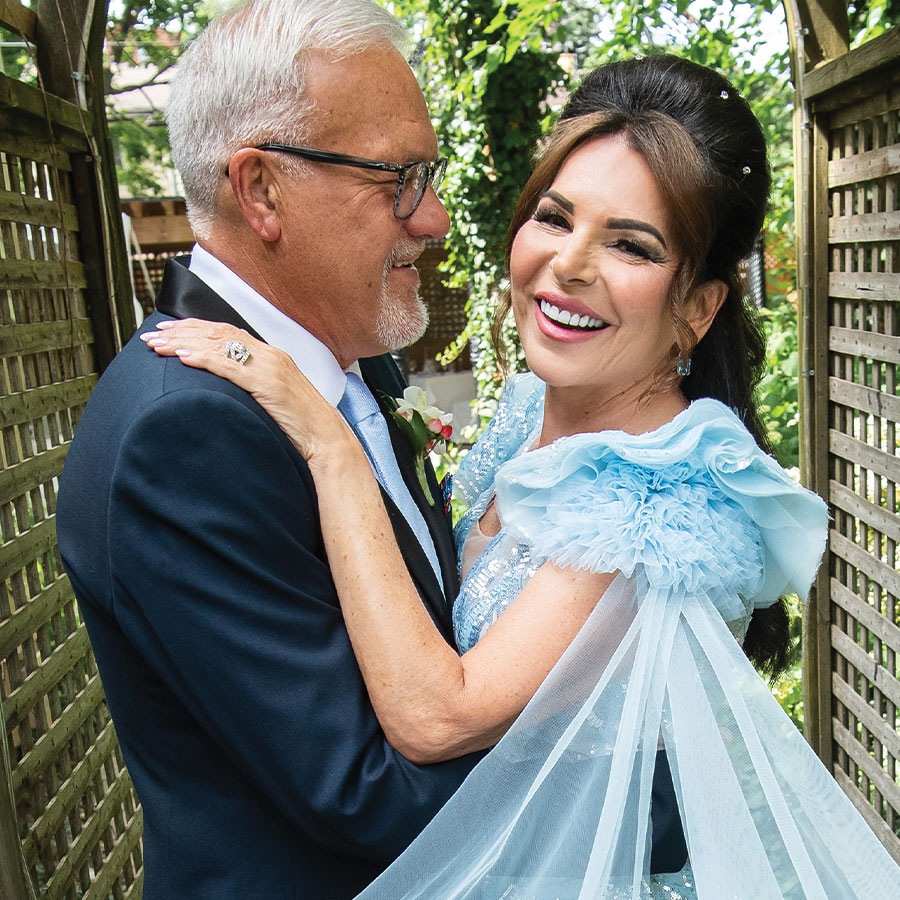 Emilia and Dennis on their wedding day. Photo: One-12 Photography

From a brief encounter as teens at the rink to meeting again online in their 60s: for Emilia Greco and Dennis Maruk, the third time’s the charm.

Dennis Maruk, who turns 67 in November, and Emilia Greco, 64, connected online and hit it off right away. After some banter, the ex-hockey player and the events co-ordinator realized they’d met before. Here, the newlyweds tell Zoomer about their whirlwind love story that was 40 years in the making.

Emilia Greco: Dennis and I connected on EliteSingles. He told me he used to play hockey in London, Ont., which intrigued me because I used to go to those games when I was young. He told me his last name and that he’d played for the London Knights. That’s when I realized we’d met before. He was amazing on the ice and kind of famous. Everyone in London knew Dennis.

Dennis Maruk: I had long hair and a moustache. It was my signature.

EG: It was a brief encounter after a game. I said hello and although he was so charming and cute, that’s where it ended. I was only 15. And Dennis had a girlfriend.

DM: She was Miss London Knights and I married her a few years later. I was married for 21 years, then I got divorced. Then I married another lady for seven years, and we divorced too.  Then I decided to be single for a while.

EG: I was married twice, too, so it’s the third marriage for both of us.

EG: When I met Dennis, it felt very different. He was so honest, authentic and open. Finally, he asked me on a date.

DM: It was Aug. 23. I asked if she liked Bertoldi’s, my favourite spot in London [which closed in 2019]. She said she knew the owner. I was impressed.

EG: We met at the bar. He told me my hair looked like Amy Winehouse’s. I didn’t recognize him at first because he looks very different. His hair was very dark before, now it is very white.

DM: Being with her felt so familiar and comfortable. It felt like we’d known each other for years.

EG: Dennis gave me a copy of his book, which he published in 2017. I read it cover to cover and felt like I caught up on his whole life through his book. It felt like I had finally come home.

DM: Just before COVID, we moved in together. We quarantined together, which was lovely. We love cooking, dining, drinking wine and watching sports.

EG: It was nice to be mature, to not play those dating games that young people do. We wake up every morning grateful, and we both realize how fortunate we are. Finding Dennis at this stage of my life is something I cherish.

DM: On Dec. 14, we had a little party and I surprised her with a proposal. Everyone at the party knew it was happening except for her.

EG: I designed the ring. It has two outside bands that signify the road we walked alone, and two bands that crisscross that represent when our lives converged. The centre diamond is the symbol of our love and togetherness.

DM: We got married on June 25 this year. We had 45 friends and family, and rented a 21-room mansion in London and had the reception on the patio. It was an absolutely beautiful day. The master of ceremonies was Ken Reid, who was also my book’s co-author.

EG: His book is called The Unforgettable Story of Hockey’s Forgotten 60-Goal Man. Dennis calls himself that, but I don’t. I like to remind him that I never forgot him.

—As told to Rosemary Counter

A version this article appeared in the Oct/Nov 2022 issue with the headline ‘The ‘Hat Trick’, p. 34.

Have you had another chance at love? Zoomer wants to hear from you! Send your story and contact information to [email protected] for a chance to be featured in the magazine.

Later in Love: How a Visit to a Hair Salon Led This Vancouver Couple all the Way to the Altar