What Facebook’s Troubles Can Teach Us About Aging Well 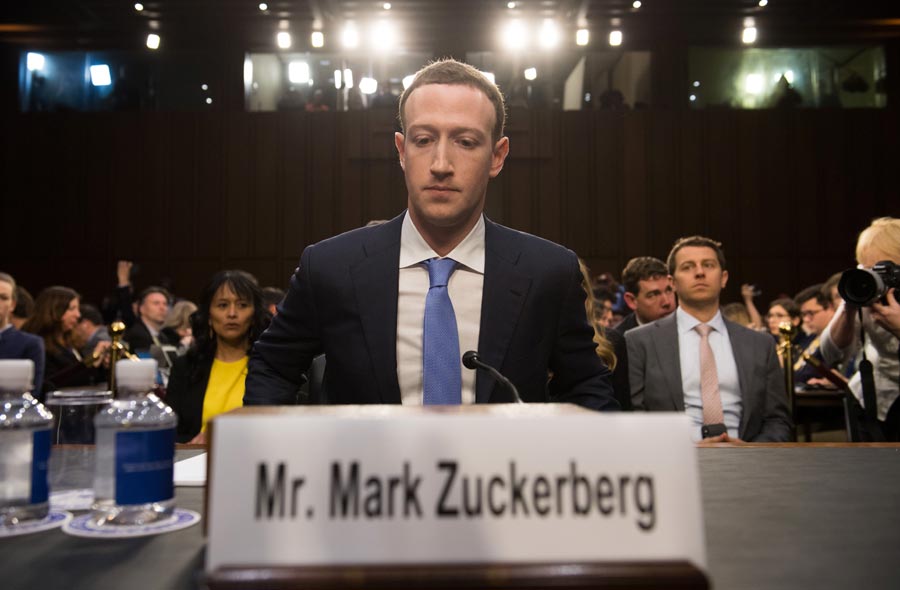 Investors on Wall Street gave Facebook stock the equivalent of the “angry” emoji reaction face on Thursday, dumping the social media site in an investment purge that totalled more than $100 billion in losses — a record one-day drop.

Think about it — Facebook launched as a social network for university students in 2004, which means it’s 14 years old. That’s ancient in digital years. Would most people still use a phone, or a computer, or an iPod they bought in 2004? Of course not. Tech and social media today are all about the latest and most innovative new devices and apps. That means, for example, that in the evolutionary timeline of social media relevancy platforms like LiveJournal and MySpace are fossils from a prehistoric time — digital dinosaurs if you will. If someone created a social media Jurassic Park, the monster would be some garage band’s early 2000 MySpace page that escapes its cage and gobbles up people posting photos of it to Snapchat.

That means Facebook, then, isn’t far behind. It’s like the equivalent of social media’s earliest human ancestor, though its evolution stalled somewhat over the past 14 years and, while it struggles to figure out how to use opposable thumbs, other social media sites like Instagram, Snapchat, YouTube and others are achieving the equivalent of creating the wheel. And yes, you can argue that Facebook’s popularity began plummeting with the surge of seniors who jumped on the bandwagon in recent years, driving off younger users and, in the process, advertisers. And that’s partly true but, if Facebook truly served as an engaging and cutting edge experience, the coveted youth demo would put up with “pokes” from Grandma every few days in order to stay in the social loop.

So, what do Facebook’s aging pains mean for us? Can we learn anything about our own aging process from them? Funny you should ask…

1. Stay active and don’t allow yourself to fall into complacency

As other social media platforms evolved and innovated in the years since Facebook’s inception, the actual Facebook site has struggled to create buzz around its user experience. Instead, Facebook was always just there and most assumed that we’d all keep using it. Sure, they changed/added reaction emojis and updated the look of the newsfeed, but in general the site’s evolution has plateaued, if not stagnated. It’s important that we don’t allow ourselves to fall into the same trap as we age — hanging on to the same old opinions and ideologies.

As humans we need to grow, evolve and expand our horizons. After all, the deeper the rut you dig for yourself, the less likely anyone is to climb down into it and engage with you.

2. Listen to, and learn from, others

There are countless medical studies that suggest that seniors who remain socially active and engaged tend to prove healthier than those who shut themselves in. And part of remain social is listening to others and learning from those experiences.

Facebook is finding that out the hard way, as it might have avoided its current problems if the people running it had simply listened and reacted properly to the concerns of its users earlier. As The Washington Post notes, “The public mood regarding Facebook also has arguably soured amid the privacy controversies and revelations about the platform’s role in spreading Russian disinformation during the 2016 presidential election. Calls to #DeleteFacebook have spread on Twitter, and some prominent people have announced that they were stepping away from their heavy use of social media.”

No matter how old we get, the learning process never stops. The moment we assume we know it all, or automatically know better than others with ideas contrary to our own, is the moment we begin slipping into self-imposed irrelevancy.

3. Honesty and kindness are the best policies

Facebook’s privacy concerns and use of user data are bad faith issues that will cause people to balk at using the site. It’s no different with humans. Especially as we get older, we don’t have time to waste on people who we feel are dishonest or using us. Those with integrity and who are warm, kind, inviting and honest, are often the same people who find themselves respected and admired by those around them. And, after all, aren’t those the most important “likes” anyway?