Out of This World: NASA Lands InSight Exploration Device on Mars 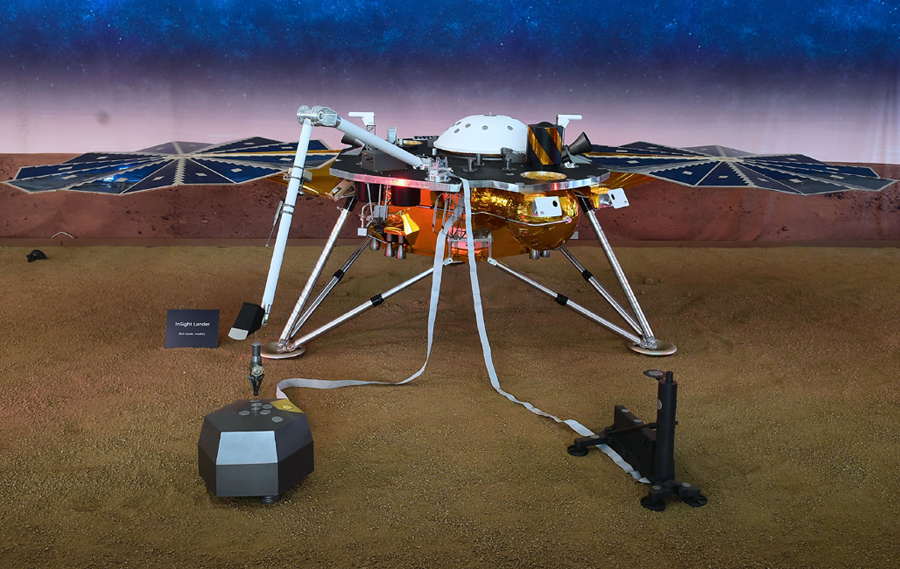 It’s getting crowded on Mars.

On Monday, NASA announced the touchdown of their latest robotic Mars exploration device, a lander called InSight that originally launched from California six months ago. Reuters notes that, “Members of the mission control team burst into applause and cheered in relief as they received data showing that the spacecraft had survived its perilous descent to the Martian surface.” And though InSight completed its journey without a hitch, its space odyssey is only beginning.

According to the New York Times, InSight joins NASA’s Curiosity and Opportunity rovers, which are already on Mars, as well as three of the space agency’s planetary orbiters, the Mars Express spacecraft and another orbiter from the European Space Agency and one more orbiter from the Indian Space Research Organization on or around the Red Planet. As well, InSight itself carried with it two miniature satellites that it released in orbit around Mars.

Unlike any of the other crafts on or orbiting Mars, InSight is there to execute a mission never performed anywhere outside of Earth — retrieving and recording geological and temperature-related information as well as “marsquakes” (the equivalent of tremors on Earth) in the hopes of piecing together the secrets to the origins of Mars itself. And, as Reuters adds, “by extension, the origins of the Earth and other rocky planets of the inner solar system.”

InSight, which stands for Interior Exploration Using Seismic Investigations, Geodesy and Heat Transport, will spend one Martian year — two Earth years — collecting information while based in the vast, flat and dusty plain where it landed, called the Elysium Planitia. And InSight has already begun sending back images, including one that looks something like a white gumball with red specks.

No doubt it’s only going to get more exciting from there.