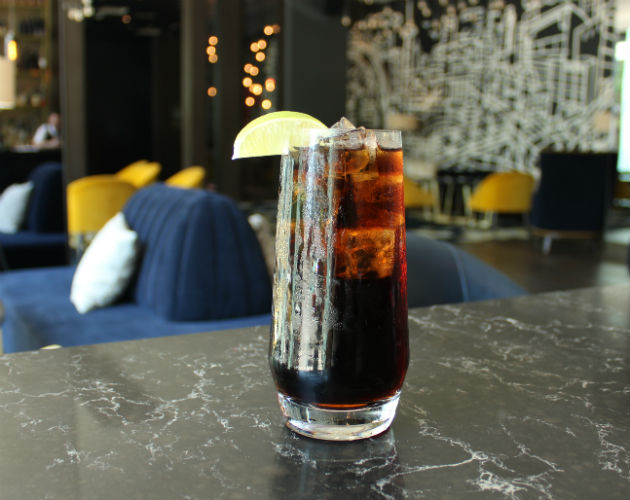 Besides the movie premieres and the celeb sightings, what’s the best part about any film festival? The parties. This is where the beautiful people mingle and the execs wheel and deal. And no film festival soiree would be complete without an envious selection of expensive tipples.

Now, unless you’ve got an insider working at the Toronto International Film Festival, chances are you won’t be toasting the night with movie stars. However, the Thompson Toronto hotel has come up with some film-inspired cocktails to help us get the red carpet treatment in our own living rooms.

Cinema Highball (pictured above)
This is an adaptation of Don Lee’s version served at the esteemed cocktail bar PDT in New York City. A fun take on the classic rum and coke or Cuba Libre, this drink is a fun and refreshing take on the classic combo found in nearly every theatre seat around the world. Ryan Gosling Won’t Drink His Cocktail
Inspired by La La Land, the story of a jazz pianist who falls in love with an actress in Hollywood (starring Ryan Gossling). The Romance of the story and the beautiful cinematography is what inspires the drink and its beautiful hue. The name comes from the unexpected YouTube phenomena ‘Ryan Gosling won’t eat his cereal.’ About Last Night
TIFF is exhausting, what with all the parties and what-not. This can take its toll. Recharge the next morning with a little hair-of-the-dog.