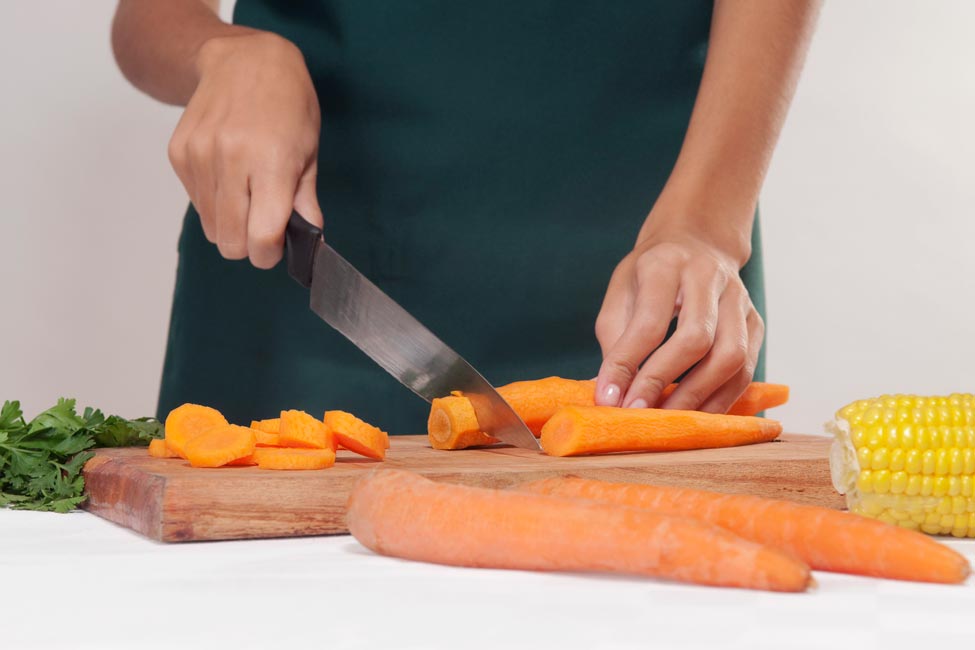 In his book based on the BBC TV series, Kew on a Plate: Recipes, Horticulture and Heritage, Michelin-starred chef Raymon Blanc makes the most of his relationship with London’s Royal Botanic Garden at Kew. Started in 1759 as an herb garden, Kew has grown into a world-renowned collection of plants and excels in conservation and sustainable development. In 2014, Blanc collaborated with Kew to create a 300-acre walled kitchen garden – something not seen at Kew since Georgian times – planted with heritage varieties of fruits and vegetables.

“The kitchen garden project,” he writes, “… is a testimony to the pleasures of fresh seasonal food … focusing on select heritage varieties … [and] contributing to conserving the all-important biodiversity.” Here, Blanc offers a recipe for a delectable summer stew.

“For many years I’ve had a deep longing to create a form of risotto using barley, but as the Italians might tell me off, I decided to play safe and call this a stew. The spices add the complex notes – the heat should be gentle not overpowering. The dish [recipe below] is wholesome, satisfying and healthy yet luxuriously creamy and a fantastic showcase for the big flavour of my favourite Early Nantes carrots.”

For the carrots, in a large saucepan on a medium heat, bring the carrot juice and water to the boil, then add the salt and cumin. Add the carrots and simmer gently for 10 minutes until they are cooked through. Remove from the heat, scoop out the carrots and reserve the cooking liquor.

To cook the barley, in a medium saucepan on a medium heat, add the oil and sweat the onions and chilli for 5 minutes, covered with a lid, until softened. Stir in the barley and cumin and continue to sweat for 1 minute. Add 500ml of the carrot cooking liquor to the pan, bring to a gentle simmer, then cover with a lid and cook for 50–55 minutes, stirring from time to time, until the barley swells and is firm with a good bite. Check the texture, taste and check the seasoning, and cook for a few minutes more, if necessary. Set aside in the pan.

To finish the barley risotto, using a long knife, carefully cut the kernels off the corn cob by running a knife along the central core. Keep four of the biggest lengths intact to use as garnish. Set these aside then release the kernels from the rest. Add the chard stems and leaves, spring onions and loose corn kernels to the barley pan and stir, then place the pan back on a medium heat and cook for 12 minutes. Add the coriander and cook for 1 minute until wilted. Finally, taste and adjust the seasoning if required, then add the lemon juice to sharpen the flavour.

To finish, in a medium frying pan on a medium heat, fry the cooked carrot pieces in the rapeseed oil for 6–7 minutes, until caramelised. Add the reserved pieces of sliced corn to the pan and cook for 3 minutes until they begin to brown. Spoon out the caramelised carrots, add them to the barley risotto and divide the risotto evenly between four plates. Finish with a length of sliced corn and micro coriander, if using.