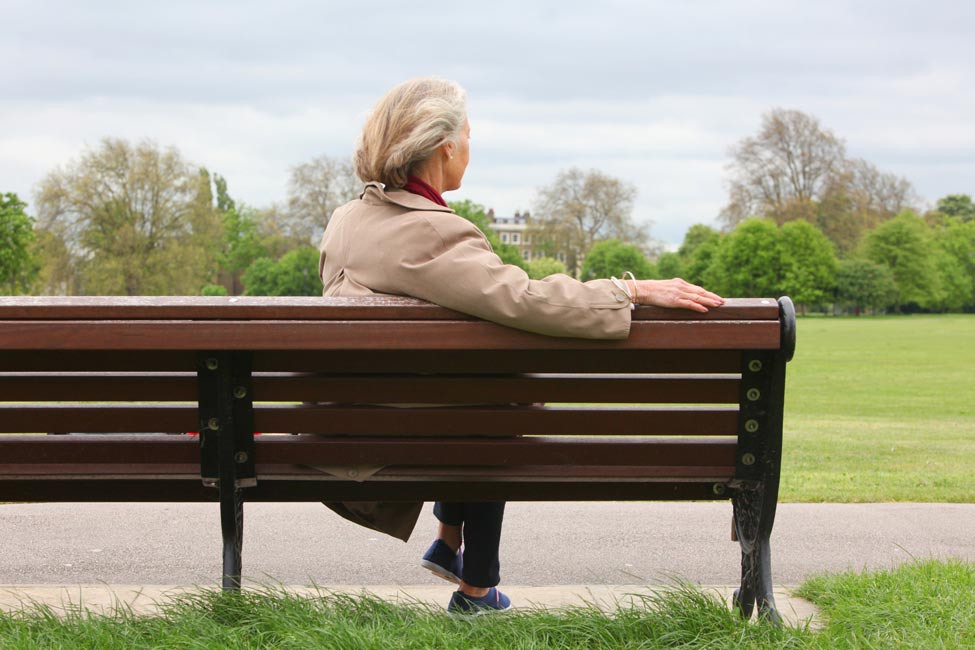 Only the Lonely: How to Overcome Social Isolation

More Canadians than ever are living alone, and many feel rejected and unloved. Here are some ways to help.

More Canadians than ever are living alone. Single person households are not just on the rise here; the U.S., U.K., France, Japan, Sweden, Norway and Germany report similar trends. Recently released 2016 census data reveals that single person households (28 per cent) are the most common type of household in the country.

Is all this solo living creating a lonely planet? And, if so, what sort of effect is it having on our health?

Before we get to that though, it’s important to distinguish between solitude and loneliness. Are people living alone as a lifestyle choice or does it come as a result of circumstances?

Ami Rokach, a clinical psychologist who teaches at Toronto’s York University and wrote Loneliness, Love and All That’s Between, has been studying the emotional condition for more than three decades.

Just about everyone – single, married, widowed, with children or without – has had temporary bouts of feeling disconnected. But “being alone does not always equate to loneliness,” says Rokach. “Solitude can be about doing things that are best done alone such as thinking, reading, planning, writing and creating.”

A lifestyle filled with activities that necessitate periods of solitude and that people find enjoyable can be healthy as long as it is balanced with having personal connections with others. Loneliness, on the other hand, is often fraught with negative feelings and mental illnesses such as anxiety and depression and can lead to further health problems.

Lonely people report they feel rejected and unloved. They get depressed and often perceive themselves as unattractive. “If this goes on for a long time, they can become desperate and, then, hopeless,” says Rokach. “When they compare themselves to others, they feel inferior and worthless. Part of the problem with loneliness in our society is that it is stigmatized so people don’t go around telling others they feel lonely.”

Conversely, even those who live with someone can experience feelings of loneliness. Having personal connections with others is a basic human need. We all want to feel loved and cared for, especially by those we live with.

Seniors are especially prone to loneliness. Shrinking social circles due to retirement, divorce or the loss of a spouse or friends through death or estrangement, mobility issues, diminished hearing and eyesight, are some of the reasons seniors become socially isolated and, therefore, more at risk of loneliness.

Stats Canada reports that about one-third (33 per cent) of women were living alone in 2016, compared with only 17.5 per cent of men.” The good news is that the percentage of senior women living alone is down since 2001 when 38 per cent of women lived alone.

Relying on a compilation of research that has been going on for several decades, Rokach notes the link between loneliness and adverse health effects. “We have found that loneliness can predict morbidity, illnesses and mortality.” He points out that lonely people are more prone to hypertension, and they complain of sleep disturbances. More worrying, he also found that for older people, loneliness can hasten dementia.

But alleviating loneliness and avoiding its health effects can be difficult. Rokach’s own research indicates that when people were asked how they cope with loneliness, they say the first steps are reflection, realization and acceptance. “If we are aware of it, that’s the first step. The second step is understanding the reason why someone is lonely,” says Rokach. “Is it because I live in a specific place? Is it because I come across as too aggressive?

Is it because I mistreat people? Some people are lonely since childhood, and it’s intertwined in their personality.”

In an era of social media saturation, one would think that Facebook, Instagram or Twitter could help alleviate feelings of loneliness. “No,” says Rokach. “They’re temporary replacements and cannot replace the human touch. For some people, it can feel like since they have 10,000 ‘likes,’ they must be very popular. But when they need someone to relate to, then they may feel the loneliness even deeper than if they didn’t have Instagram and all those things. So, when they need a hug or someone to go out walking with, that’s when they realize people are electronically available, but that’s it.”

So what can lonely people do to get them out of their bubble? In both rural and urban communities across Canada, there are a number of opportunities available for socializing for those who recognize their need and desire for making new connections to combat loneliness. Most are affordable or free and made available through provincial ministries, health regions or volunteer organizations. A call to your local seniors’ resource centre will put you in touch with the appropriate support needed.

Therapy or Counselling Ask your doctor for a referral to speak with a counsellor at a government mental health services office (free) or with a private psychologist or therapist.

Friendly Check-in Program Volunteers are often available through seniors’ resource centres to make friendly phone calls to shut-in clients. The purpose is to have a brief conversation and to ensure the senior is doing well.