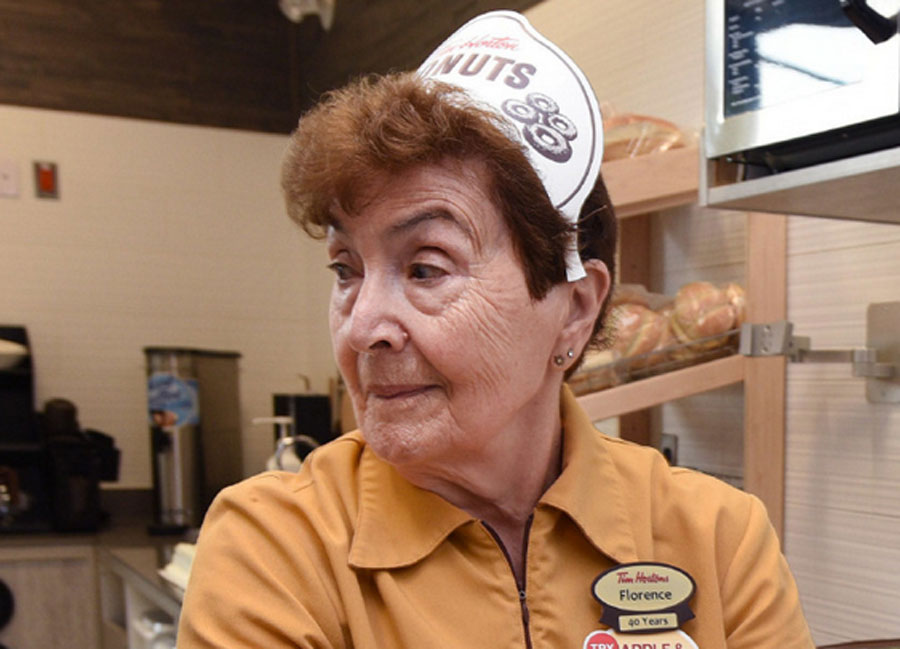 One of Tim Hortons’ longest serving employees, 90-year-old Florence Kasoian, says she plans to continue working for the company for as long as she can.

Even after 44 years behind the counter, she says she still enjoys her job. What does she like about it the most?

“The people, our customers are super,” she told Breakfast television who interviewed her ahead of the company’s 55th year anniversary on Friday. “It’s a pleasure to meet all the people here.”

Kasoian has spent her entire tenure at the franchise’s first store — located in Hamilton, Ontario — which is also home to a collection of Tim Hortons memorabilia on the second floor, including the uniform Kasoian wore when she first started.

Watch the full interview below