In 1963 Martin Luther King Jr. Gave His Iconic “I Have a Dream” Speech – Why It’s More Relevant Than Ever 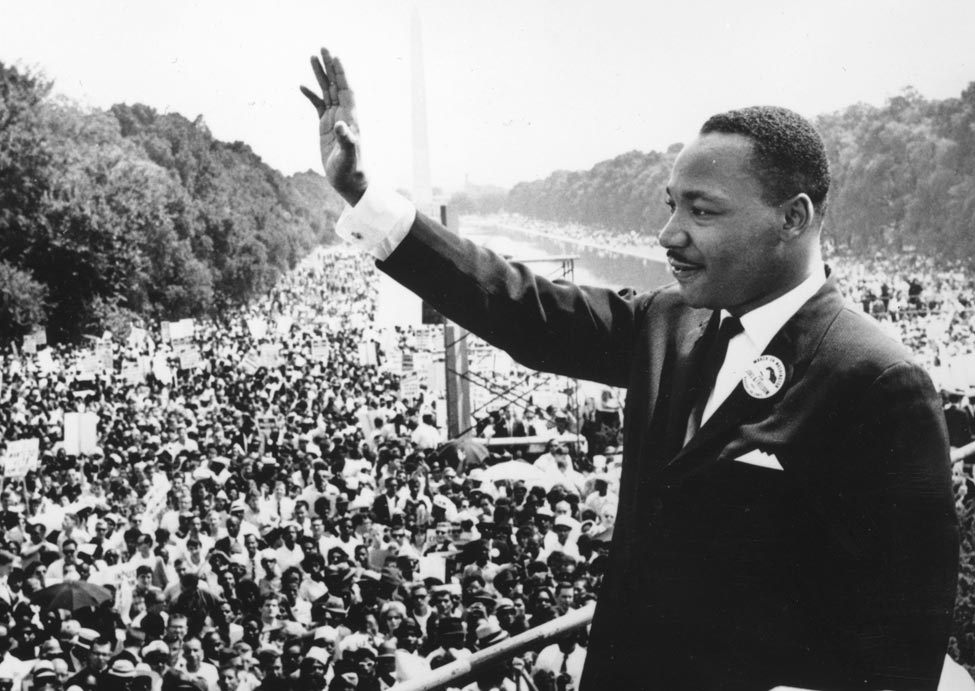 On Aug. 28, 1963, Dr. Martin Luther King Jr. delivered his seminal “I Have A Dream Speech” civil rights speech in front of the Lincoln Memorial in Washington, D.C.

Though this most famous declaration of the aspirations of Black America may have taken place 57 summers ago, the sentiments it so beautifully expressed remain hauntingly relevant today. And the July passings of Cordy Tindell Vivian and John Lewis, two civil rights legends who joined King at the March on Washington in 1963 (Lewis spoke at the event as well) add yet another layer to this awful symmetry.

Has anything really changed since that galvanizing speech on that memorable day? The fact that America elected a Black president and currently has a Black vice presidential candidate on the ballot may seem like palpable signs of progress. But the police brutality, systemic racism and civil rights abuses that led to the March on Washington and formed the basis of King’s aching lament suggest otherwise.

Witness the fury that followed the recent police killings of unarmed Black men and women like George Floyd and Breonna Taylor, the shooting of Jacob Blake, the ensuing anti-racism protests and even players in the NBA, MLB, NHL and other sports refusing to play in protest. Aren’t these just lingering reverberations of the same anger against racial and economic injustices that tore apart the country in the ’60s?

As well, today, on the 57th anniversary of King’s speech, a new March on Washington takes place — the Get Your Knee Off Our Necks Commitment March on Washington — described by the National Action Network as an “intergenerational inclusive day of action” that the group says “will demonstrate our advocacy for comprehensive police accountability reform, the Census, and mobilizing voters for the November elections.” Led by Rev. Al Sharpton and Martin Luther King III, the march will also include members of the families of African-Americans killed by police officers — such as the families of Floyd, Eric Garner, Trayvon Martin and Taylor — as well as relatives of Blake and of Ahmaud Arbery, whose murder in February and the delayed police investigation that ensued caused  widespread outcry.

With that in mind, we celebrate Martin Luther King’s epic oration by revisiting Jim Slotek’s 2019 story about the event.

On the anniversary of Dr. Martin Luther King Jr’s “I Have a
Dream” speech (Aug. 28), I allow that I can only filter events through
accounts of history and as a white Canadian.

But in the ‘60s — a decade every bit as hard and divided as the
one we’re living in now (but minus the hateful amplification of
social media) — Dr. King led the news with his non-violent
protests in the face of high-pressure hoses and police dogs,
convincing a majority of white Americans that civil rights should
be the country’s number one concern.

The 1964 Civil Rights Act was pushed through by a good ol’ boy
Texas-born President Lyndon Johnson. And Johnson had the
wind at his back of a quarter-million participants in the March
on Washington and King’s words of having, “a dream that my
four little children will one day live in a nation where they will
not be judged by the colour of their skin but by the content of
their character.”

From the images on TV, white Americans with any sense at the
time could predict that a racialized America, with its Jim Crow
laws and segregation, was going to blow one way or another.
The best that could be hoped was that the marginalized would
win their rights without an agenda of payback and revenge.

Other, more hardened black leaders didn’t, like Malcolm X
(who had his own famous “By Any Means Necessary” speech)
and the racial separatist Stokely Carmichael.

The downside is that when a champion of non-violence gets
gunned down, the violence is, ironically all the worse. After Dr.
King’s assassination, race riots ignited across the U.S., fueled by
rage and hopelessness.

But there was a reason the Baptist minister’s agenda of
peaceful resistance was targeted by then FBI director J. Edgar
Hoover (who created COINTELPRO, an “intelligence gathering”
arm of the Bureau that had the latitude to do illegal things,
from wire-tapping to planting evidence to infiltrating).

That reason he was taken seriously by the authorities? Dr. King
wasn’t wrong. His approach, like that of Gandhi before him,
could have worked.

It worked in South Africa, where Nelson Mandela — who, after
decades in prison, had every reason to be driven by anger and
retribution — allowed the former architects of apartheid their
place at the table. His presidential mandate of a “Rainbow
Nation” saw him name his former foe, F.W. de Klerk as deputy
president.

Mandela lived to realize his dream. Dr. King didn’t. It’s tempting
to speculate how things would have turned out had his
followers not been given the most dispiriting of messages, that
any serious threat to the established order is doomed.

The years since have seen a black President and a
(conservative) black justice on the U.S. Supreme Court. It’s seen
Rodney King and Black Lives Matter. It has also seen the growth
and public flaunting by public figures of “white nationalism.”

Dr. King’s words, about being judged by the content of
character rather than skin colour, are soured by a President
who took to Twitter to tell four women-of-colour in Congress to“go back to where they came from” (though three of them were
born in the U.S.).

But in a more general sense, there’s reactionary cynicism and
snark in the air that reduces our higher aspirations into targets
of ridicule. “Virtue” was a good thing, now it attracts smirking
comments about “virtue signaling.” Social justice was what
every person of conscience hoped to see achieved. Now
anyone with a cause is dismissed as a “social justice warrior.”
It’s the Orwellian trick of turning good into bad via sophistry.

With his “I Have a Dream” speech, Dr. Martin Luther King Jr.
preached hope. Hope has been in short supply these days,
assailed from within and without (hello, Comrade Putin). The
idea that we could all get behind one idea, pushing politics and
prejudice aside, seems unlikely now.

And yet Dr. King’s words live on, and will still be remembered
when the day comes that we’re once again ready to believe in
our shared humanity.