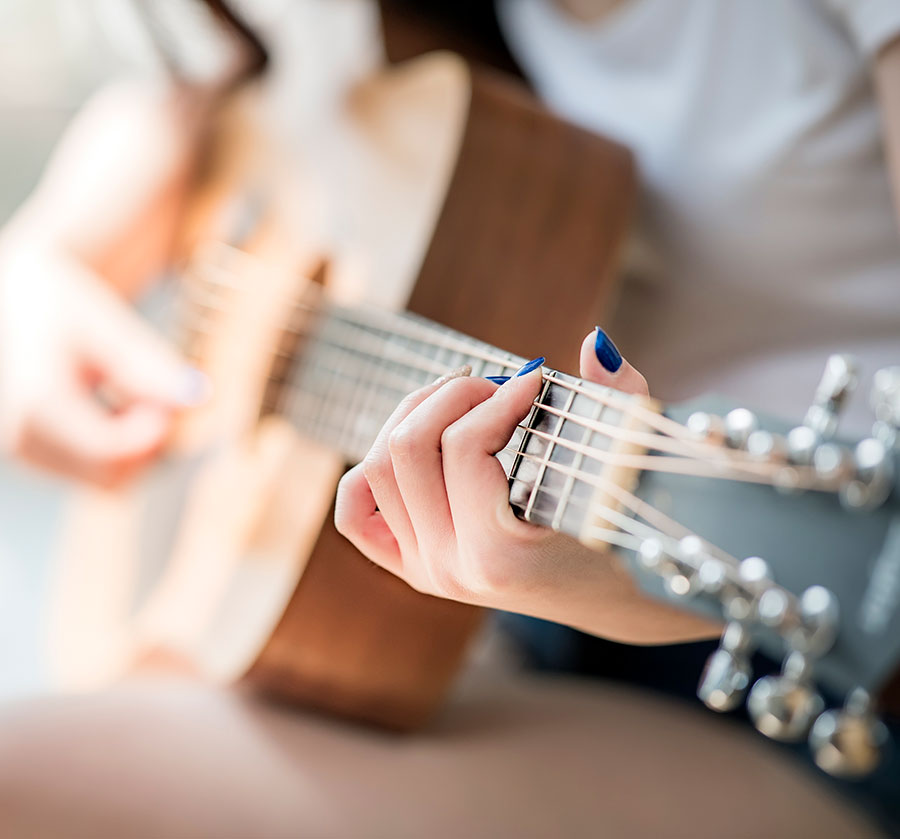 Palliative care patients who participate in music therapy collaborate with a therapist to compile musical legacies of their lives and even write original songs for loved ones to remember them by. Photo: nathaphat/Getty Images

If you ask Chrissy Pearson how music can make a difference in a person’s life, she might tell you about the difference it made in someone’s death.

Pearson, a certified music therapist with the Canadian Music Therapy Fund in Toronto, has experience working in a variety of settings, including palliative care. One day, she appeared in the doorway of a palliative care room where the patient took one look at Pearson — with her guitar and her bag of handheld instruments — and shook her head. “I don’t want someone playing music in my room,” she said. “I’m not a musical person.”

But Pearson stayed and chatted a while and came to learn the woman did like music, mostly pop songs from the 1970s.

Over subsequent visits, Pearson sang and played more – “How Deep Is Your Love,” “Jive Talking.” Sure enough, Pearson would catch the woman humming and singing under her breath.

After a few sessions, the patient joined in. “Those physical experiences with music can improve our mood and energy. She wasn’t cured of depression, but her hormones were firing off good stuff and, once she got rolling, she would sit up in bed,” Pearson says, “and suddenly, she’s like, ‘I’ll eat my lunch today.’”

In addition to improving the woman’s quality of life, the sessions enabled her to explore, through music, her fears about dying and the sorrow she didn’t want her family to see. In the music therapy field, it’s a growing practice that’s called legacy work.

With the help of therapists, dying patients compile musical legacies of their lives, to mine their feelings or to be played at their own funerals. They select or write songs for loved ones to remember them by.

Pearson, for instance, encouraged the patient to write an original song for her family. The patient penned the lyrics, Pearson wrote the music and, after several rounds of collaborating, they recorded it at the
woman’s bedside.

“It was heart-wrenching. It was hard for me to keep it together,” Pearson says. “This song enabled her to say things to her family she couldn’t otherwise, that she was ready to die, for them not to be afraid. There was a verse for each grandchild, and the final verse was a thank you and a farewell.”

Initially, the patient thought she’d leave the song to her family as a tribute when she was gone. But Pearson asked if she would like to be with them the first time they heard it, and the patient agreed.

“So we invited them all to her room, and we had a little CD release party. They listened and shared some tears. I only stayed a while but I left them all singing the Bee Gees together.”

A version of this article appeared in the March/April 2020 issue with the headline, “Staying Alive,” p. 63.