Will My Burial Plot Really Have Any Bearing on How I'm Remembered? 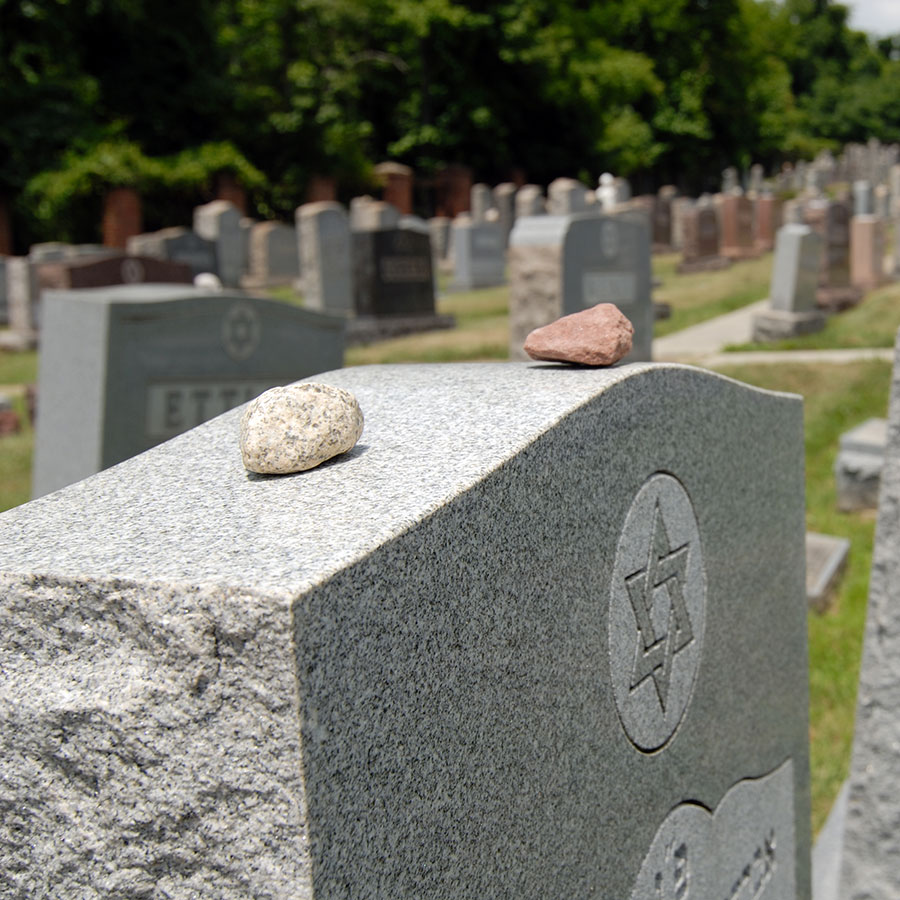 "I don’t believe a plaque or a patch of earth will make anyone remember me," Libby Znaimer writes. "If anything, it will be a memory they carry or a story I told that lives on online." Photo: EyeJoy/Getty Images

“Will you be coming back from the cemetery?” the cab driver asked my husband when they arrived at the famous Lake View Cemetery in Cleveland, Ohio. Doug was in town to speak at a conference. During a long break, he decided to take a look at the graves of John D. Rockefeller, Elliott Ness and Alan Freed, who invented the term rock ’n’ roll. “Why do you ask?” Doug responded. “Don’t I look well?”

Doug is a history buff, and he has visited many significant cemeteries around the world both with me and on his own. But before he was even offered a map, a woman from Lake View took both his hands in hers and ushered him into a boardroom. She was explaining that Rockefeller’s 70-foot obelisk is the tallest monument in the cemetery when Doug noticed a display of headstones behind her. “And there’s plenty of beautiful space in the shadow of his grave,” she told him. It finally twigged. She was trying to sell Doug a plot!

Every time he tells this hilarious story (and he has many times), it sparks a very serious conversation about making our own final arrangements. The telling usually happens at dinner parties — and I suppose it’s comforting to know that our friends aren’t rushing to deal with this either. We all have complications that make these decisions difficult — interfaith marriages (I’m Jewish and Doug’s not, for example) and second marriages, far-flung families or no families.

I actually tried to finalize arrangements back in 2008 when I had pancreatic cancer. I got the details on a few different options and shared them with my family. But no one would focus. I remember giving up, thinking: “If I die before we agree on this, it will be their problem, not mine!”

A few years later, my brother Moses, the founder of this magazine, wanted to look into a family plot. When we were all together for a holiday, he sent formal invitations to a Sunday morning tour of the mausoleum at Toronto’s Mount Pleasant Cemetery, followed by a dim sum brunch. “I’m dying to come,” quipped Doug.

I don’t expect anyone to visit my grave after my funeral, and I’m okay with that. Doug and I don’t have kids. I know my parents wanted me to visit their graves regularly and I feel somewhat guilty that I don’t. I think about them very often, but the place they are buried means little. They were anguished because they did not know where their loved ones — who perished in the Holocaust — were buried. It was a source of pride and relief when my parents added a footstone on the plot they purchased to memorialize their relatives. But I don’t believe a plaque or a patch of earth will make anyone remember me. If anything, it will be a memory they carry or a story I told that lives on online.

I completely understand the choice many people of my generation are making: cremation, followed by spreading the ashes in a place that was meaningful in life. But I do want a Jewish send off. “There’s a new cemetery section with hallowed ground where you can be buried beside your non-Jewish spouse,” a friend mentioned over dinner. It’s in Woodbridge, north of Toronto, and it’s called Beit Olam, an ancient Hebrew term for cemetery. There are apparently two other interfaith burial sections in the GTA.

Other friends are looking at a very old cemetery in Prince Edward County. It started out Lutheran, then became Methodist. Now it’s owned by the municipality. “Tell Doug the history of Prince Edward County, and the proximity to his hometown of Peterborough could be a selling point,” they said, “as opposed to the Lake View Cemetery in Cleveland.”

A version of this article appeared in the March/April issue with the headline, “Burying the Plot,” p. 32.

Plot Shopping: Why I Prefer a Light-Hearted Epitaph Over The Eternal Facebook Wall

Why You Should Add Digital Photos and Data to Your Will