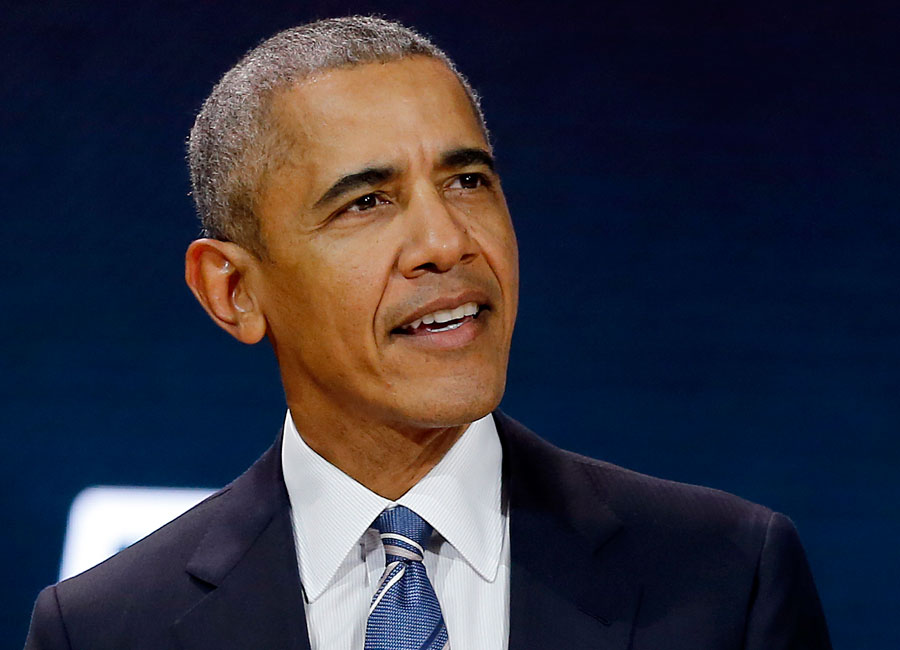 Former U.S. president Barack Obama turns 59 today (Aug. 4). To mark the occasion we look back at some of his most inspiring pearls of wisdom.

Former U.S. President Barack Obama is a gifted orator who knows how to inspire audiences with his words.

Who can forget his 2004 Democratic National Convention keynote address, where he famously told the crowd, “There is not a liberal America and a conservative America — there is the United States of America. There is not a Black America and a White America and Latino America and Asian America — there’s the United States of America.” At the time, Obama was a little-known Illinois State Senator, and this speech caught people’s attention and set him on the road to history. As The New Yorker wrote, “Obama came to Boston as an unknown and left as a rising star,” adding that, with the speech, he “announced himself as a contender for high national office.”

Or back in 2008, when “Yes We Can” became a slogan for his campaign (along with “Change We Can Believe In”) after his inspiring speech following his loss to Democratic opponent Hillary Clinton in the New Hampshire primary — a temporary set-back in his improbable run to become America’s first Black president.  “When we have faced down impossible odds; when we’ve been told that we’re not ready, or that we shouldn’t try, or that we can’t, generations of Americans have responded with a simple creed that sums up the spirit of a people: Yes we can.”

Thankfully, even with his days in the Oval Office well behind him, Obama still provides us with regular doses of the intelligence and charisma we’re so desperately lacking in a Trumped-up political climate.

As recently as last week, at the funeral of Congressman John Lewis, Obama received a standing ovation while delivering a rousing eulogy, calling on Congress to honour the civil rights leader by “revitalizing the law he was willing to die for,” referring to the Voting Rights Act.

He added that, “America was built by John Lewises. He, as much as anyone one in our history, brought this country a little bit closer to our highest ideals, and someday when we do finish that long journey towards freedom, when we do form a more perfect union, whether it’s years from now or decades or even if it takes another two centuries, John Lewis will be a founding father of that fuller, fairer, better America.”

And on the inaugural edition of former First Lady Michelle Obama’s podcast that same week, Barack Obama told his wife that, “I ended up going into community organizing and the work that I was doing because when I thought about how I want to spend my life, what I looked at was what those civil rights workers had done … And the freedom riders had done. And I thought, you know, that looks like hard work but it never looks like lonely work. That looks like hard and risky work but it never looks like selfish, isolated, meaningless work.”

So in honour of his birthday, we take a look at more of our favourite words of wisdom from Barack Obama.

“My message to you is simple — keep believing, keep marching, keep building, keep raising your voice. Every generation has the opportunity to remake the world. Mandela said, ‘Young people are capable, when aroused, of bringing down the towers of oppression and raising the banners of freedom.’ Now is a good time to be aroused. Now is a good time to be fired up.” — July 17, 2018 in Johannesburg, South Africa, in honour of Nelson Mandela’s 100 birthday

“Love comes more naturally to the human heart. Let’s remember that truth. Let’s see it as our North Star. Let’s be joyful in our struggle to make that truth manifest here on earth…” — July 17, 2018 in Johannesburg, South Africa, in honour of Nelson Mandela’s 100 birthday

“Change will not come if we wait for some other person or some other time. We are the ones we’ve been waiting for. We are the change that we seek.” — Feb. 5, 2008 in Chicago, Illinois (Super Tuesday)

4. On the current state of politics

“Look around. Strongman politics are ascendant suddenly, whereby elections and some pretence of democracy are maintained — the form of it — but those in power seek to undermine every institution or norm that gives democracy meaning.” — July 17, 2018 in Johannesburg, South Africa, in honour of Nelson Mandela’s 100 birthday

“We need to steer clear of this poverty of ambition, where people want to drive fancy cars and wear nice clothes and live in nice apartments but don’t want to work hard to accomplish these things. Everyone should try to realize their full potential.” — Barack Obama in His Own Words (2008) by: Lisa Rogak

6. On living to your full potential

“Where you are right now doesn’t have to determine where you end up.” — Sept. 9, 2009, to high school students in Arlington, Virginia

“We must carry forward the work of the women who came before us and ensure our daughters have no limits on their dreams, no obstacle to their achievements and no remaining ceilings to shatter.” — Ahead of International Women’s Day 2011, Obama issued a proclamation recommitting his administration to helping women