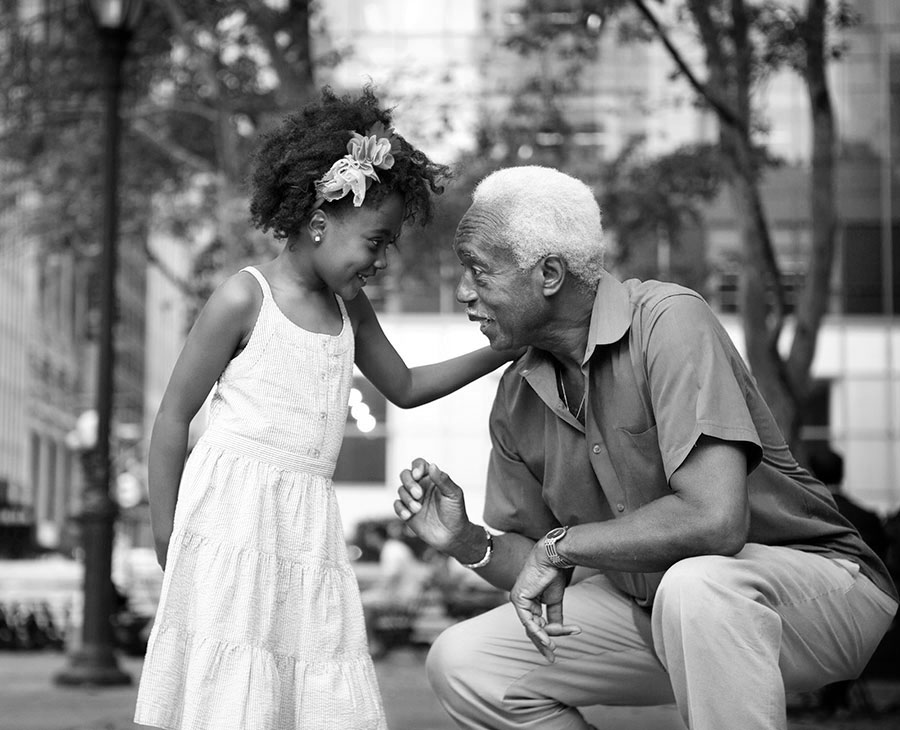 For National Grandparents Day, we asked our readers to recall their favourite expressions they learned from their grandparents as a child. Photo: Cavan Images/Getty Images

September 13 is National Grandparents Day and, while it doesn’t receive the same commercial attention as Mother and Father’s Day, we’re making sure to pay tribute to the grandmas and grandpas who’ve touched our lives.

The national holiday, which Canada adopted in 1995, was originally recognized by the United States in 1978 after years of campaigning efforts in the early 70s from Marian McQuade, who served as a member of the West Virginia Commission on Aging and the Nursing Home Licensing Board and, eventually, became a grandmother to 14 children.

In addition to honouring grandparents and encouraging children to spend more time with them, the national holiday aims “to help children become aware of the strength, information, and guidance older people can offer” — an element McQuade stressed during her campaign.

As it turns out, however, our grandparents didn’t need a designated day to bestow  their generational pearls of wisdom on us. Instead, they let loose with quirky, philosophical and oft-repeated phrases and sayings that made us laugh, think and offered some perspective when we needed it most.

So in honour of National Grandparents Day, we asked Zoomer readers on Facebook to recall some of their favourite expressions from their grandparents that they’ve carried with them into adulthood.

Carole Tetlow: My mum: “Never criticize another women’s children or flower arrangement.” Took me years before I realized how profound and feminist this was: be supportive of other women’s passions, endeavours and joys.

Beth Wright: “Ne’er cast a clout till May is oot.” My gran always said this. Meaning never remove your winter clothing until the end of May.

Marlene Coté: My grandfather would always say “Good, better, best, never let it rest, until the good is better, and the better, best.” He even wrote that in my autograph book which I still have, and I always remember this saying even though it was from over 50 years ago.

Lynn Marie My maternal grandmother wrote in my autograph book when I was about 9 or 10, “Be good, sweet maid and let those who will be clever.”
It was many years later that I looked the phrase up and found the complete quote. “Be good, sweet maid, and let who will be clever;
Do noble things, not dream them, all day long:
And so make life, death, and that vast for-ever
One grand, sweet song” by Charles Kingsley.

Judy MacKay: My wonderful grounded grandmother would say, when I was obsessed with something incidental, “A man on a galloping horse would never notice,” and when I turned trivia into tragedy it was “Worse things happen at sea.” To this day, grandma’s words will ground me!!!

Sandra Hinds: My grandmother had so many but the two that stayed with me: “Never crave what someone else has as you don’t know what they had to do to get it” and “Never run behind a man or a bus, another one will be right behind.”

Shelley Jo-Ann: “A blind man would be happy to see it.”
Nana would say this if someone was complaining about a cloudy sky with only a bit of blue sky showing thru.

Leanne Hayes: When I would meet with yet another rejection letter from the record companies, she would say, don’t you worry, the sun don’t shine on the same dogs ass every day.

Joan MacPherson: I can’t is a slugger too lazy to try.

Helen Parker: My grandparents would always give us a hug goodnight and would say “Off you go. Up the wooden hill.”

Deb Schwandt-Kelln: “Little pitchers have big handles.” I use this phrase to this day. It means children are near and watch your conversation topic. They are listening.

Gail Mylrea Gendron: My grandmother and mother always said this when they were leaving: “See you tomorrow if the good lord’s willing and the creek don’t rise!”

Catherine Hurtubise: One of my grandfather’s favourite expressions was if he had one more brain cell it would be lonesome.

Sharon McGeorge Morris: My grandmother used to say, “You are like a flea in a mitt.” This meant you couldn’t sit still.

Kim Bolger: My very funny Granny used to say “hold ‘er Newt, she’s a heading for the rhubarb” when someone was driving too fast. To keep her humour alive, I use that expression whenever I putt my golf ball too hard

Kris Sebree: When I was little and would cry my grandmother would say “never you mind, you just have your bladder between your eyes.”

Lesley Richardson: My nan used to call pinning up her hair “putting up my bits of silver.”

Allen Church: My grandmother would ask me if I wanted a coffee or tea and if I said no, she would say “how about a kick in the fanny?”

Donna Richardson: When there was an argument and both seemed to be at fault, my grandmother would say “It’s six of one and half a dozen of the other!”

Marlene Hunt: My dad, who lived to be 100 years old, used to say after we made plans “Ok, I’ll pencil you in.” Love and miss him in the world.

Kathy Faddis: He talks to hear the wind whistle through his head…

Cathy Blair: Go outside and get the stink blown off ya!

What’s In a Name?

Lynn Alfino: My paternal grandfather knew very little English. My grandmother knew no Italian. But they were happily married for 60 years before they died 2 wks apart. Grandpa couldn’t communicate with us much, but he called all us granddaughters Sophie. And we all answered to Sophie. But none of us were named Sophie. LOL

No One Likes a Liar

Wilma MacInnis: My dear great-grandmother hated very little but she could not abide anyone who would lie, and if she was upset about someone she knew had lied to her, she would say, “The next time double tongue tells me hello, I will check her/his feet to see if they are coming in or going out, then I’ll know if it should be hello or good bye.” But that was only one of so many expressions she had. Loved her dearly and miss her till this day, 60 years after she passed…

Janine Adams: My paternal grandmother was my legal guardian, and as such kept a very close eye on whatever I might be up to. But sometimes I would do things that were not exactly appropriate, and I figured my grandmother would never find out….but yet she would somehow know!! I would ask her when things had settled down “How did you know?” All she would tell me was “Ohhhh, a little bird told me…”

It took me a few years to figure out just how it was that little birds told her so much. She had quite a network of people who agreed to watch me and report anything untoward to her. Those darn “little birds” didn’t let me get away with much!! I guess in her way, my grandmother believed in the concept of it taking a village to raise a child…

9 Strange Expressions and the Fascinating Stories Behind Them

National Grandparents Day: The Joys and Challenges of Becoming a Grandparent for the First Time