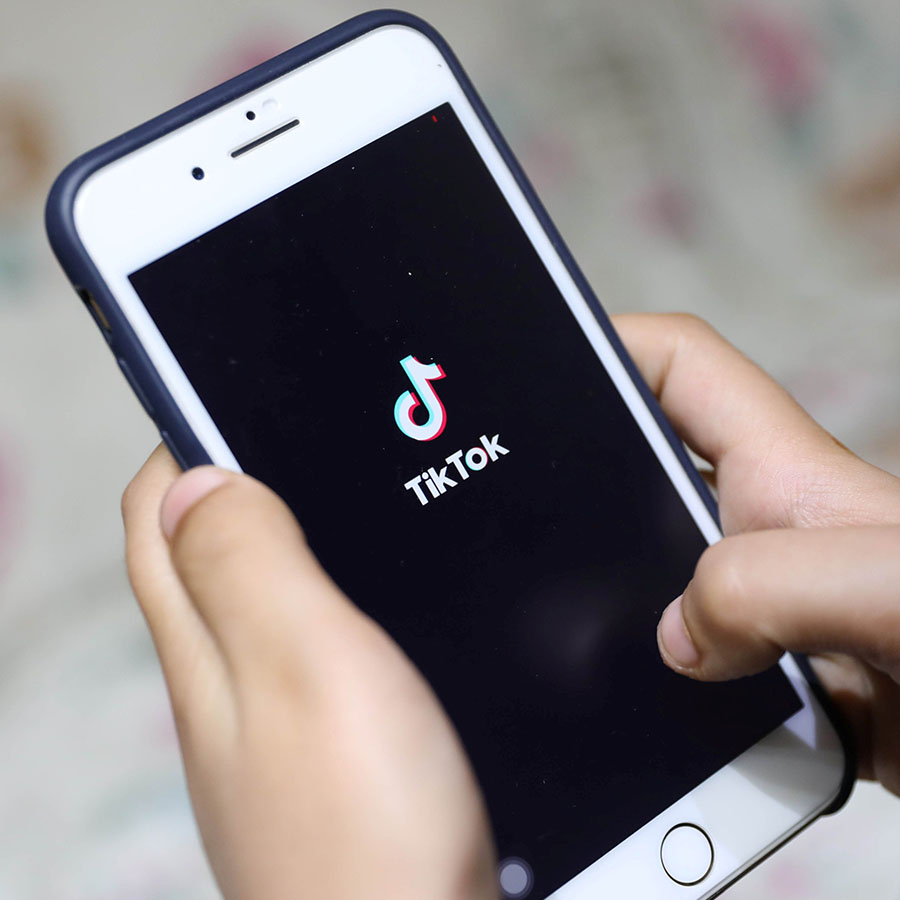 Supercentenarian Amy Hawkins, the oldest person in Wales, England, has taken TikTok by storm thanks to a little help from her great-grandson. Photo: Xinhua/Ahmed Gomaa/Getty Images

Supercentenarian Amy Hawkins, who travelled all over England performing pantomimes with a dance troupe in her teens, is now dominating a different kind of stage decades later.

The 110-year-old, whose entertainment career was cut short in her early teens after her mother decided it wasn’t a respectable occupation, has found TikTok fame after her great-grandson, Sacha, decided to share one of her many singing performances on the video-sharing app to mark her 110th birthday.

The milestone, which she reached at the end of January, took on extra significance as it made her the oldest person in Wales. Hawkins, who was seven at the end of the First World War, constantly sings songs from that era around her family home in Monmouth.

“She’s like a clock — once you wind her up, she won’t stop,” Hawkins’ granddaughter, Hannah Freeman told the BBC of her grandmother’s love of singing. “She just keeps asking, ‘Would you like another one?'”

TikTok’s answer was a resounding “yes.” Her debut birthday performance of the wartime classic “It’s a Long Way to Tipperary” posted on Sacha’s account garnered more than 23,000 likes on the app and countless birthday wishes.

Freeman said she was “almost joking” when she suggested Sacha post a video of her on the popular social media platform but couldn’t believe the response when the comments and likes started pouring in.

But in addition to the accolades, Freeman says the comments have made them realize how lucky they’ve been to live under the same roof as Hawkins in their four-generation family unit during the pandemic.

“Gran is the centre of it all. We just pivot around her.”

Reading the comments, she says, “People have been in tears because they miss their family or family they have lost.

“I think that has been a real lesson for Sacha, too, and has restored my faith in humanity in such a difficult time for everyone.”

Sacha says he has enjoyed the comments about “how lovely my grandma is.” In fact, the newly minted social media manager isn’t letting the hype fade. Since the viral video, he has kept the content flowing, posting new performances of classics like “Pretty Kitty Kelly” and “Annie (You’re Just Like My Mammy),” proudly captioning each with a variety of hashtags including #OldestOnTikTok and #Supergran.”

He has even created a dedicated TicToc account for the new social media star under the username singinggran1911 — although she’s already racked up more than 2,000 followers and more than 32,000 likes on the account under his name.

Freeman says her grandmother has always enjoyed teaching her favourite wartime songs to each generation in her family — a venture that seems to have received a boost from her new project with her great-grandson.

“I’m learning a new one everyday,” Sacha says in the onscreen caption of one video post.

As for the newfound fame and pressure that comes with social media stardom, Freeman isn’t concerned about her grandmother.

“Although she’s 110 and the oldest person in Wales, she has a sharp memory and can still attempt a high kick,” she told The Evening Standard. “Grandma isn’t phased by any of this. She is aware that over 100, 000 have seen her singing and thinks it’s ‘lovely.’”

Sister André, the Oldest Person in Europe, Beats COVID-19 in Time for Her 117th Birthday