Beyond the Portrait: How to Preserve Family Memories 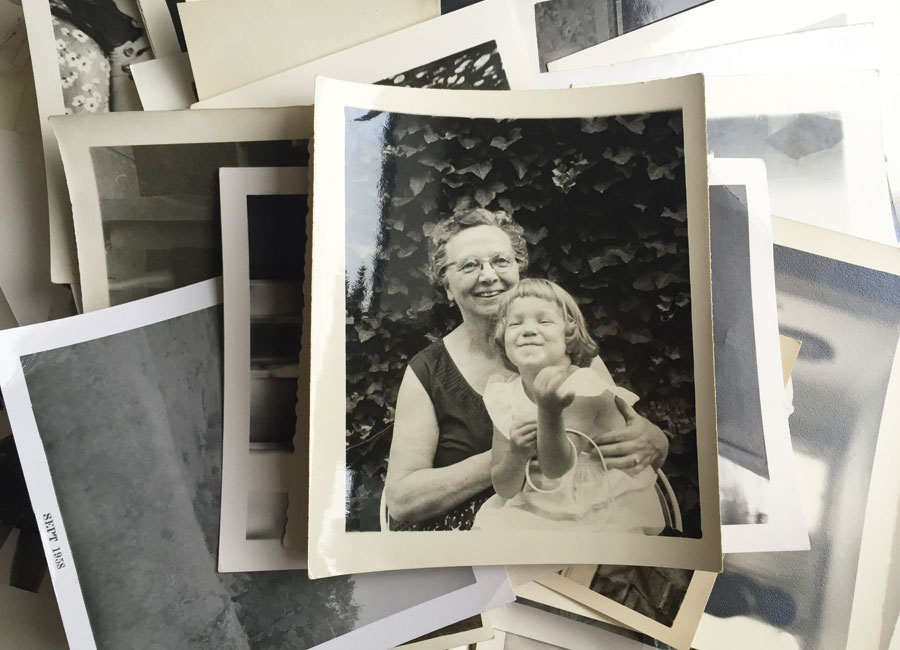 Meet the creative minds that are helping people to record their family history. Photo: bjwalker/Getty Images

Recounting family lore by writing a memoir can go a long way. In honour of Family Day in Ontario (Feb. 21), we revisit our feature on how to take documentation of memories beyond the family portrait from our April 2018 issue.

Martha Harris was an elegant woman, still beautiful in her mid-80s, who hadn’t thought of her small-town childhood in years. There was no occasion to speak of the past. Who would ask, after all? Her grown sons figured they knew the outlines of her story, and the ladies she dined with at her well-appointed seniors home kept the conversation light.

But, for me, as an author who crafts privately commissioned portraits of women like Martha, she was a blank canvas waiting to be filled in, and I wanted to know everything: what Christmas had been like for her as a little girl growing up in the deep forest of northern Ontario, what movies she and her sisters snuck into on Saturday afternoons by the side door because they only had one ticket between them. I was curious to learn what she dreamed of becoming and how the war had cast its mid-century shadow upon her family.

For several afternoons, over cups of coffee and plates of ginger snaps, we travelled back in time. “Oh, for heaven’s sake,” she’d say with a laugh, “I completely forgot about those trips to Fran’s Diner after school.” Or she’d murmur, “You know, that’s a good question. I don’t know why my grandparents settled in the Prairies.”

I would take Martha’s answers home and spend happy hours on the internet, trying to layer in some social history around her personal recollections. Why did Ukrainian immigrants in the late 19th century opt to head west to Saskatchewan? How much was a Coca-Cola at Fran’s Diner in 1948? The next time I had coffee with her, I’d offer my findings, and she’d listen with excitement. Together we were weaving her history, enriching the strands with new information and uncovered recollections. By the time we were done and I’d filled in my proverbial canvas with a written profile, Martha Harris could see her place in the world in a new light. She inhabited a fresh story.

Lots of people jot down some kind of memoir when they age, but not everyone is comfortable writing; nor are they confident they have something to say. Working with a journalist helps surmount those barriers, and it can take many forms. Allanah Campbell and Judy Maddren, former CBC radio reporters, create Sound Portraits of people’s lives. (After Maddren went to England to record her grandmother’s stories in 2000, the family said, “Judy, those are stories we’ve never heard before! That’s fantastic!’)

“When you lose your elders,” Campbell says, “you lose your library. To hear their stories, in their own voices, with their own expressions is wonderful. You can hear joy, disappointment, longing. It’s so evocative of what they were like at the time they were remembering, like when they attended the debutant ball.” Layering sound effects or music deepens the experience of the one- or two-hour CDs she creates. “It washes over me and through me,” Campbell adds, “some of the advice that we hear that’s directed to grandchildren. I, myself, learn so much. I’m the stranger on the train.”

When families first began to document themselves for posterity with the invention of the camera in the 19th century, they almost always posed stiffly and sternly, dressed in their Sunday best. It’s hard for their descendants to tease apart what they were actually like as people. We’ve come a long way from that stilted standard. Photographer Catherine Farquharson brings the eye of a photojournalist to family life, shooting all day at the cottage, for instance, while her clients swim, paddle or play cards. Her aim is to capture the unguarded intimacy that makes for another way to celebrate legacy.

“I love knowing that I am showing my clients images they don’t expect,” the Toronto-based photographer says. “When the forced smile and poses are removed and the real people come out, so do the real relationships.”

Farquharson will do, among other things, four-hour day-in-the-life shoots, where she joins a family for part of their daily routine. “I’ll show up before the kids get up and do the morning routine, or dinner and bedtime. All those times that you remember the most and usually have no documentation of. I want the children to be able to look back at this time and see and feel their connection with their mother. ‘Gee, look how hard she worked. Gee, look how much fun we all had! Wow, look at how my mom looked at me. She really, really loved me.’ That’s what I shoot for. I shoot for the future.”

People’s stories can also be encapsulated in their passions – for cooking or gardening or painting. One woman commissioned a cookbook based on her mother’s cherished recipes scattered about on loose paper at the cottage. We prepared and photographed some of the dishes just as if it were an edition by Donna Hay. A hobby can be elevated into a tangible sense of
accomplishment, to be passed around and leafed through by future generations.

Some stories are forgotten because the people who hold them close can no longer tell us. For those with dementia or suffering the effects of a stroke, the fullness of who they are is lost on their health caregivers. What is their favourite music? What did they do for a living? What makes them smile? When Washington-based journalist Jay Newton-Small saw the impact this had on her father’s quality of life in a nursing home, she founded a company that provides patient profiles for the staff. MemoryWell’s journalists interview the families and prepare a private electronic file that caregivers can read on their phones or can be printed, laminated and pinned to the wall. The stories are useful – they provide tips from the family on what eases agitation or might cause upset. “Don’t bring up her first husband. It wasn’t a good marriage.” Or she likes “buttery bread.” As importantly, they restore dignity and identity.

“People remember the anecdotes, talk about them,” Newton-Small says of the 450-word stories she and her colleagues craft. “Families can also upload photos, videos, music and art to the digital versions so that whomever is sitting with [the elder] – a caregiver or grandkid – has a whole toolbox of things with which to engage them. We hear from families that our stories have actually helped improve connections within the families themselves. For example, one of the women whose story we did had grandchildren who used to resist visiting. They found her boring and hard to engage. But with the MemoryWell, they had her life and favourite media at their fingertips. They’d play her favourite music and ask her about wedding photos. Suddenly, they liked visiting Grandma.”

As I have found, Newton-Small has discovered that “families love the process of being interviewed by a journalist. A conversation carries less weight” – than a formal institutional questionnaire – “and some times it even enables them to remember the good times, before their loved one declined – times that an overburdened caregiver may not have had much opportunity to contemplate in recent months or years.”

Ultimately, all these ways of pre-serving our lives are about others listening to us, watching us, acknowledging us. “My clients seem so grateful that someone wants to take the time to listen,” agrees Alannah Campbell. “We all have a story in us, but it’s hard to tell it by yourself.”

A version of this article appeared in the April 2018 issue with the headline, “Frozen,” p. 68.

No Place Like Home: Discovering a Missing Connection to the Past