Good News! 10 of Our Favourite Feel-Good Stories from 2022 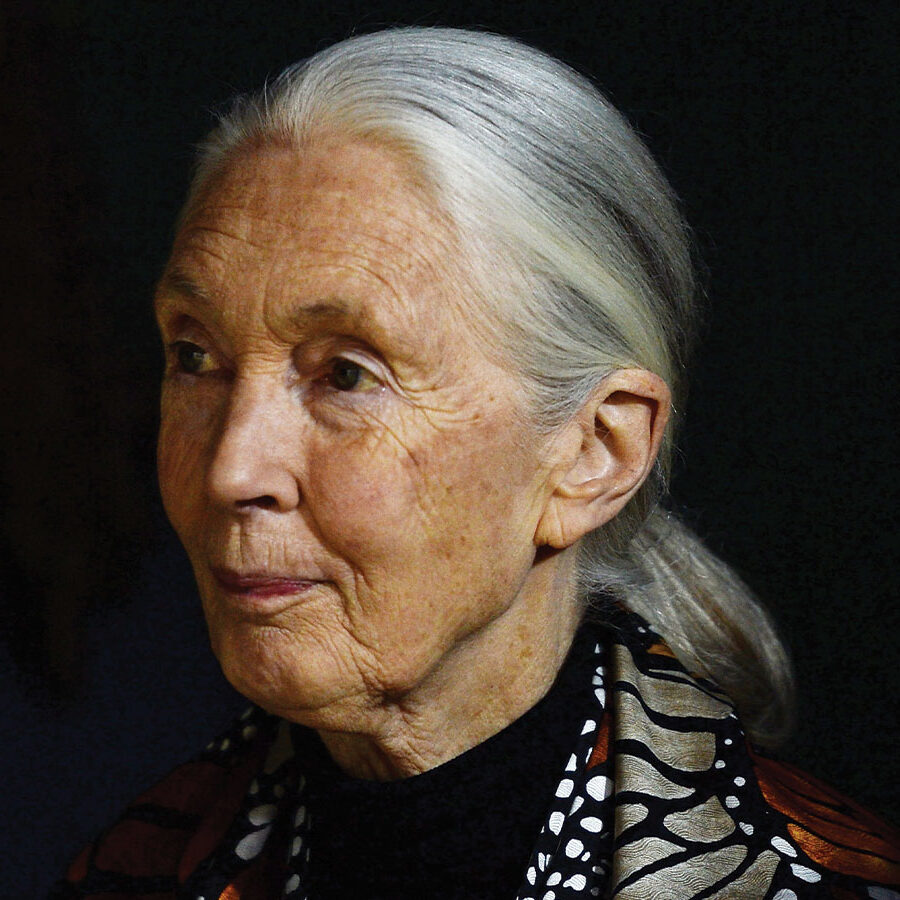 Primatologist Dr. Jane Goodall, at 88, is officially a Barbie doll — made from recycled plastic, of course. Photo: Amanda Edwards/WireImage

What a year 2022 has been … and not always in a good way. Will the contents of the brief handed to the brand spanking new 2023 be benign, or will it be more of the same that befell the world during the past 12 months? Let’s hope the file leaves out weather events like wicked hurricanes, record heat, starvation-making droughts, as well as expansionist wars, toxic political discourse and the multiple miseries visited on so many forms of life around the planet.

Still, 2022 had its positive moments. So we’re offering 10 we hope will show there’s always a sunny side to life.

Hurricane Fiona hammered the Atlantic provinces in September, causing widespread power outages that meant (gasp) no morning coffee. But you had to laugh when Brett Ruskin, an intrepid CBC journalist reported from a Tim Hortons in Halifax that was probably the only such oasis open in the city. As winds pummelled him, he pointed to cars lined up for the drive-thru. But then he walked to the edge of the property, revealing hundreds of vehicles converging on the outlet from every direction (having ignored pleas to stay off the road while power lines were down). It was a Canadian moment — drivers facing at least an hour’s wait patiently merging into queue to pick up a cup of the country’s iconic brew.

Fighting Back Against Tyranny

Dmitry Muratov, co-winner of the 2021 Nobel Peace Prize, stuck it to Russia’s president and the war against Ukraine that Vladimir Putin launched in February by selling his medal in June at auction in New York, where it fetched US$103.5 million. (Muratov is the editor-in-chief of independent Russian newspaper Novaya Gazeta, which was closed by new laws criminalizing criticism of the war, and he shared the prestigious honour with Maria Ressa of the Philippines, who, like him, has fought for freedom of the press.) All of the proceeds from the sale of Muratov’s Nobel medal will go to UNICEF’s efforts to help Ukrainian children displaced by Russia’s aggression in their country.

Keep on Keeping On

Taken aback by an impersonal call informing him that he had been diagnosed with Alzheimer’s disease, as well as having his driver’s permit revoked, Ron Robert, 81, set about helping himself. He’d lost two brothers to the disease and was determined to not give up. He had little faith in the benefit of puzzles and brain exercises — even a stab at learning French didn’t seem to help.

Fulfilling a life-long desire to go to university seemed challenging, but was just the ticket. Auditing classes, however, wouldn’t do. The process had to be purposeful and involve testing. King’s University College in London, Ont., offered an intimate campus and the support of faculty, as well as information technology and student support services.

Robert’s hard work to attain a three-year Bachelor of Arts in Cross Disciplinary Studies paid off in many ways (including a standing ovation at the school’s fall convocation). Both he and his wife, Catherine Cornelius, believe his efforts have slowed the progression of his Alzheimer’s. His short-term memory may still be poor but his long-term memory is excellent.

With only a ninth-grade education, he’d had a successful career as a journalist covering politics in Saskatchewan, Alberta and Ottawa. Classes in political science at Kings helped him recall the past, and both professors and students benefitted from the stories and insight he brought to topics such as the negotiation of the Constitution. Robert admires the current generation of students and their awareness of social justice and thinks they will stand up for change — just as he is doing through speaking to classes of medical students, advising them how to be patient and communicate with people with dementia. There’s stigma attached to Alzheimer’s and aging, he says, pointing out that much of it comes from the not-quite-senior age group.

Robert turned 85 in November but will be taking more classes to prepare for a master’s degree. He’ll study how people can live better with Alzheimer’s disease. And he may be the best example of all.

When a chimpanzee named David Greybeard began to trust her, others in his primate community in Gombe Stream National Park in Tanzania also began to lose their fear of a young Jane Goodall’s proximity. Her meticulous observation of the chimps over decades would reveal their strong social and emotional relationships, and also the urgent need to conserve and protect such non-human species.

Now, at 88, Goodall’s officially a Barbie doll — made from recycled plastic, of course. For her, it’s a logical step since many girls have told her they were inspired by her work to become primatologists or conservationists, and the Roots and Shoots organization she founded engages young people in conservation of animals and environment.

As well, having a doll that highlights her work is a helpful thing, she believes. The Dr. Jane Goodall Barbie wears shorts, a khaki shirt and boots and has a notebook and binoculars. And she’s not alone — David Greybeard, her favourite chimp, accompanies her, carrying a stick. After all, it was his use of twigs to dig out a dinner of termites that led to Goodall’s report of chimpanzees using tools that shocked the scientific world.

Let’s Drink to That

The settlement of a 50-year-long contest between Canada and Denmark could become a model for countries engaged in a territorial disputes.

Routinely, Canadians or Danes would land on Hans Island, an uninhabited atoll between Greenland and Ellesmere Island only 1.2 square kilometres in size, claim it, plant a flag and leave a bottle of­ whisky or schnapps, respectively.

It was a loophole in the continental shelf boundary agreed on by the two countries, but a treaty signed in June has divided the island so that a border now links the marine boundary at its north and south ends, completing a nearly 3,000 km maritime boundary — and ends the “Whisky War.” Cheers!

The vast Pacific Ocean first became a highway for Japanese sailor Kenichi Horie in 1962 when, at age 23, he became the first person to sail solo and without a stop from Japan to San Francisco.

He reversed direction 60 years later, sailing from the “City by the Bay” to Japan this past June at age 83, setting a record as the oldest to navigate the route alone and non-stop.

A passion for sailing overcame Horie in high school. He also fell in love with San Francisco on that first voyage, even though he’d been arrested for arriving without a passport or money (or permission to sail from Japan, which was a thing back then). The mayor forgave him, had him released and gave him the key to the city. Horie has sailed to and from there ever since and has gifted his precious 19-foot plywood boat, Mermaid, to the San Francisco Maritime Museum.

Horie is a hero in Japan for his many challenging voyages — among them three around-the-world journeys, one non-stop and solo; a Pacific crossing in the world’s smallest yacht; and another crossing by paddle boat. He’s sailed vessels that are solar-powered, made with recycled aluminium or beer kegs or whisky barrels, or even wave-powered.

The white-haired Horie may not be done yet, he told the Guardian, since his health is good, and age was only a factor for his 2022 journey because it set a record. His philosophy seems to be: decide, then enjoy doing.

Beginning to See the Light

When scientists in the U.K. placed bright lights in crab traps to attract the crusty critters, there was an unexpected moth-to-a-light bulb effect on tasty scallops. This stroke of good luck could change the harvesting of the shellfish from dredging or trawling, which damages the seafloor environment, to a more benign method. A bottom-of-the-sea disco with no bouncer? No wonder the scallops are ready to party.

As a 14-year-old, Dwayne “The Rock” Johnson shoplifted king-sized Snickers bars he couldn’t afford from a 7-Eleven in Hawaii to fuel his daily workouts. And it’s bothered him for decades.

Recently, he returned to the very same 7-Eleven to buy up the store’s supply of Snickers bars and left them behind with the order to “give one to anyone who might look like they’re stealing Snickers.” Customers in the store were delighted when he covered their purchases as well, tipped the cashier, posed for selfies, and walked out feeling a whole lot lighter.

… and Taking the Cake

When the 88th Infantry Division chased German soldiers out of Vicenza, a small city northwest of Padua, Italy, in 1945, some soldiers “liberated” a birthday cake cooling on a windowsill at a nearby farm.

This year, the U.S. Army returned to Vicenza to celebrate the city’s deliverance — and right a wrong. With a hearty chorus of “Happy Birthday,” they delivered a fresh cake to a teary-eyed Meri Mion, 90, to atone for the cake she didn’t get to enjoy on her 13th birthday, 77 years ago.

When a group of Windsor, Ont., autoworkers leave the plant to go for a pint, it may not be for the reason you think. About every eight weeks, they show up at Canadian Blood Services in red T-shirts with a custom logo — a red cross encircled by the words “Blood Burgers Beer” — and donate blood. (Their employer allows two paid hours for doing this.) The workers have been donating about six times a year for more than 20 years and, in July 2022, they recorded their 600th donation.

It started with Ted Rocheleau (160 donations!), who interested a partner on the assembly line in joining him, followed by breakfast. He told CBC Windsor that after the night shift was eliminated, they and others who’d gotten involved switched to lunch with burgers and beer after donating. They take turns footing the bill, which can be around $200 — something Rocheleau says keeps them coming back because once they’ve paid, they don’t want to miss their free lunch.

But they’re in it for more than that. They celebrate as someone hits a milestone donation, are gratified when strangers thank them for contributing or know from personal experience the value of a blood transfusion. Retirement from the job may be in the future for some of them, but, chances are, so is donation No. 700.

Jane Goodall Says We Live in Dark Times. Here’s Why She Still Has Hope