Memory? Forget About It 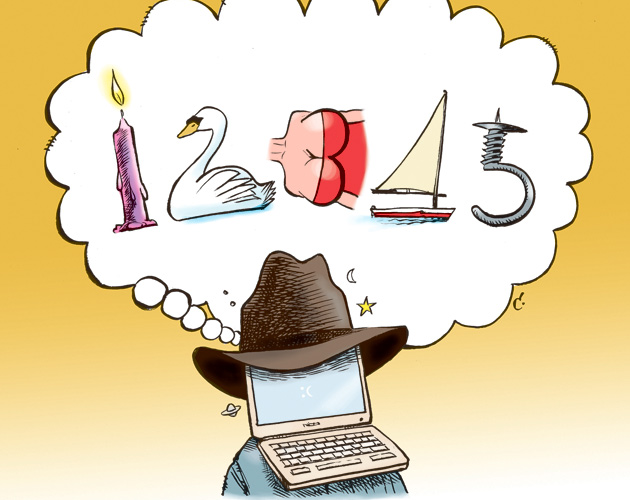 How’s your computer? Mine’s about ready for the Great Recycling Bin in the Sky. My hard drive’s bloated with masses of old and largely useless data that I’ve input over the years. My Random Access Memory is, well … pretty random. Even though it still lights up when it’s turned on, the machine’s so battered and bunted about it has grown touchy and unreliable and has a tendency to crash (usually right after lunch).

I’d junk it and buy a new MacBook Air or an HP ProBook but I can’t.

It’s attached to my neck.

I’m talking about that ball of wrinkly gray goop we all carry around between our ears. Mine was a fine piece of craftsmanship in its time; operational in temperatures ranging from arctic to tropical; impervious to immersion in cataracts of booze and blizzards of drugs; unfazed by faceplants executed from bicycles, judo mats and downhill skis and apparently undamaged from the effects of a Tommy Armour four-wood briskly applied to the left temple back in 1955 (reader alert: it is never wise to stand behind a golfer when he’s teeing off).

All of this in a floppy soft-shelled envelope about the size and weight of a cantaloupe. Eat your heart out, Apple Inc.

Nevertheless, my mental meat loaf is showing signs of battle fatigue – which is to be expected. We’re talking about a mileage-heavy, road-weary machine that’s been fired up and shut down daily for more than six decades and is still expected to remember telephone numbers, the names of second cousins, how to fill out an income tax form, the formula for finding the circumference of a circle – and where I left my car keys.

Since I can’t trade it in, I’ve decided to upgrade. I’ve enrolled myself in a Brain Gym.

Actually, what I’ve done is buy a book. It’s called … I forget – How to something Memory something something – point is, it has all these little tricks you can employ to remember stuff. Yesterday, for instance, I wanted to pick up five items at the supermarket. A snap. I just imagined five things that look like the numbers one to five. Number one was a candle – looks like the number 1, right? Number two, a swan, because 2 has a curved neck. Number three? Well, a nice bosom (3) works for me. Number four (4) kind of looks like a sailboat; number five (5) is a hook. Get the idea?

My shopping list consisted of a lemon, a box of detergent, a package of light bulbs, three dozen eggs and a watermelon. I simply visualized a candle sticking out of a lemon; a swan with a box of detergent under its wing; Madonna wearing a bra full of light bulbs; a sailboat made from an egg carton and a watermelon on a fish hook.
I tried it out yesterday. No written list – just my razor-sharp, re-configured brain.

Came home with a box of candles, a gooseneck lamp, a dozen watermelons, a CD of Like a Virgin and one Maidenform brassiere 36 DD.

I’d reread Chapter One if I could remember where I left the book.