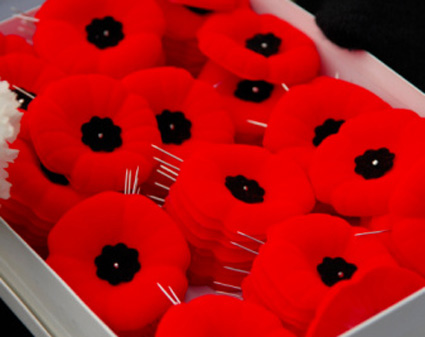 The distinguished-looking gentleman was a bit surprised when I approached him after the Remembrance Day ceremony at the cenotaph in front of Toronto’s old city hall.

“I just wanted to thank you for your service,” I told him. His chest glittered with medals – he’d seen action in many battlefields – but he was one of the fortunate ones who had returned to civilian life, raised a family and was a factor in the success of a prestigious law firm.

I’ve been fortunate enough to travel to areas in Europe where Canadians fought and many died. It’s a privilege to visit the peaceful cemeteries so lovingly cared for by the Commonwealth War Graves Commission. The fallen were not repatriated, as we prefer now (casualties from the war in Afghanistan, for instance), but were buried among their comrades, close to where they were killed.

My prevailing feeling in these places is invariably anger as I read the headstones. How many brilliant actors, musicians, scientists, explorers lie here? Could some of these young people found a cure for the common cold or for various cancers? We’ve lost these flesh-and-blood young people, but we’ve also lost their talent and drive.

Veterans of Canada’s service in Afghanistan remind us today that warriors are not elderly. Too many of the graves on which I’ve planted a Canadian flag hold 18-, 19-, 20-year-olds. Think Justin Bieber, 17. Many who signed up to fight Hitler were only a year older (and some lied and actually were 17).

Elderly veterans I’ve encountered tend to downplay their roles in the Second World War or the Korean War. One man, a stoker on a minesweeper off Normandy on D-Day, didn’t think his work that day warranted any praise. His ship had cleared the English Channel of mines during the night so that the main flotilla carrying the Allied forces could reach the beaches of France unscathed. With its work done, it anchored off Omaha Beach. He’ll never forget the pounding those young Americans took as he watched from the deck.

But the truth is, without the hundreds of thousands behind them, the soldiers, sailors and airmen directly engaged in battle could not have faced the enemy and ultimately prevailed. Every link in the chain was necessary, from cooks to paymasters, from drivers to clerks.

On this Remembrance Day, give thanks for the sacrifices of the fallen, but also thank the veterans who came home. They’re passing on a torch of freedom and democracy. It’s our turn to cherish and protect it. Lest we forget.

They shall grow not old,

as we that are left grow old:

Age shall not weary them,

nor the years condemn.

At the going down of the sun

and in the morning

We will remember them.

(Response) We will remember them.

*an extract from the poem “For the Fallen” by Laurence Binyon