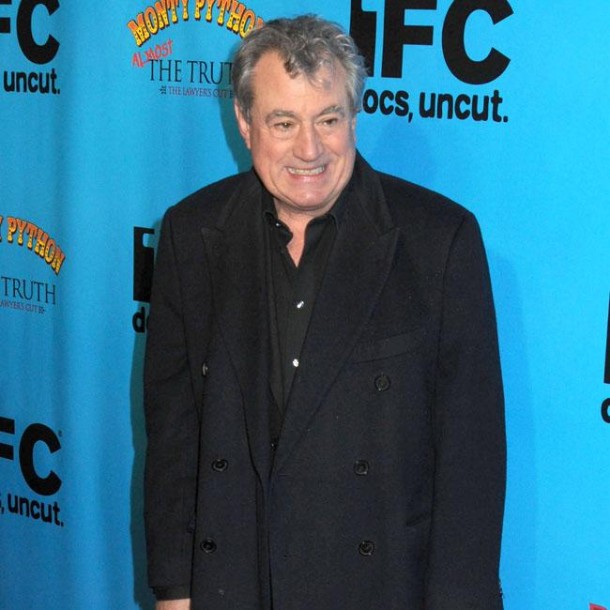 Can maturity – the troupe ranges in age from 70 to 74 – co-exist with inspired immaturity?

At the press conference Thursday in London announcing the reunion, John Cleese said he wouldn’t be doing his famous “silly walk” because he’s had a knee and hip replacement – which, nevertheless, didn’t stop him from marrying last year for the fourth time, this time to a woman some 30 years younger.

Four decades after Monty Python’s Flying Circus ended on TV and three decades after their last movie (The Meaning of Life), the five surviving members are planning a stage reunion in London in July.

They’ve said they’ll update some of the original material we know so well. There’s even a hint (a threat?) of more to come.

The endlessly inventive troupe is re-inventing itself.

Monty Python, the London Telegraph declared yesterday, changed the face of British comedy and influenced a generation of comedy writers and illustrators.

But plenty of naysayers have gone online to insist that for every golden nugget of brilliance, there was too much dross. And what was funny then may not be so funny now. And humour is a dish best served fresh.

It’s true that it would be hard to outdo The Life of Brian, the hilariously blasphemous movie about a reluctant messiah.

Others say that any Monty Python – reunited, revived, even regurgitated – is better than no Monty Python.

My bet is that they’ll be rediscovered and revered all over again by fans old and new.

THE PHILOSOPHERS FOOTBALL MATCH
“Socrates scores, got a beautiful cross from Archimedes. The Germans are disputing it. Hegel is arguing that the reality is merely an a priori adjunct of non-naturalistic ethics, Kant via the categorical imperative is holding that ontologically it exists only in the imagination, and Marx is claiming it was offside.”

THE ALL-ENGLAND SUMMARIZE PROUST COMPETITION
“Well, ladies and gentlemen, I don’t think any of our contestants this evening have succeeded in encapsulating the intricacies of Proust’s masterwork, so I’m going to award the first prize this evening to the girl with the biggest t–s.”

THE DEAD PARROT SKETCH
Mr Praline: “E’s not pinin’! ‘E’s passed on! This parrot is no more! He has ceased to be! ‘E’s expired and gone to meet ‘is maker! ‘E’s a stiff! Bereft of life, ‘e rests in peace! If you hadn’t nailed ‘im to the perch, ‘e’d be pushing up the daisies! ‘Is metabolic processes are now ‘istory! ‘E’s off the twig! ‘E’s kicked the bucket, ‘e’s shuffled off ‘is mortal coil, run down the curtain and joined the bleedin’ choir invisible!! THIS IS AN EX-PARROT!!”

MONTY PYTHON AND THE HOLY GRAIL
Dennis: “Listen, strange women lying in ponds distributing swords is no basis for a system of government. Supreme executive power derives from a mandate from the masses, not from some farcical aquatic ceremony.”
King Arthur: “Be quiet!”
Dennis: “Well, you can’t expect to wield supreme executive power just because some watery tart threw a sword at you.”