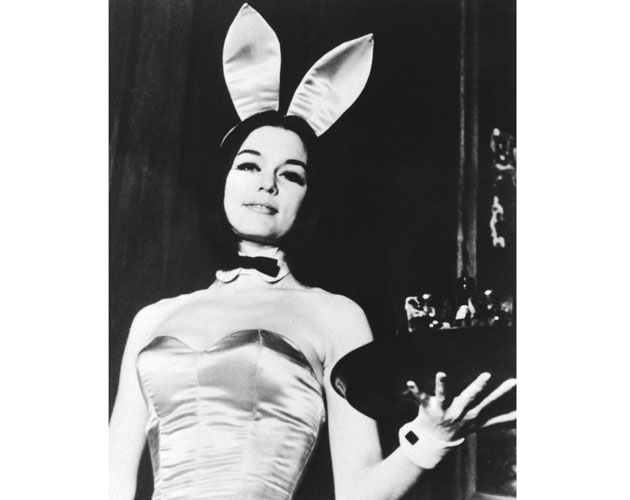 She replied, “This is what 40 looks like.” It’s a Steinem mantra repeated every decade. Ten years ago, she noted wryly, “I said it again when I was shocked to find that there was a 70-year-old woman in my bed.”

Boomers knew Steinem as a Playboy bunny spy (shown here, circa 1963), glamorous feminist icon and then wife – married to David Bale, an environmentalist and Christian Bale’s father, until his death in 2003. How did she reconcile marriage with the claim that a woman needs a man like a fish needs a bicycle? Marriage changed, she explained.