Summer Paddling? A Piece of Kayak 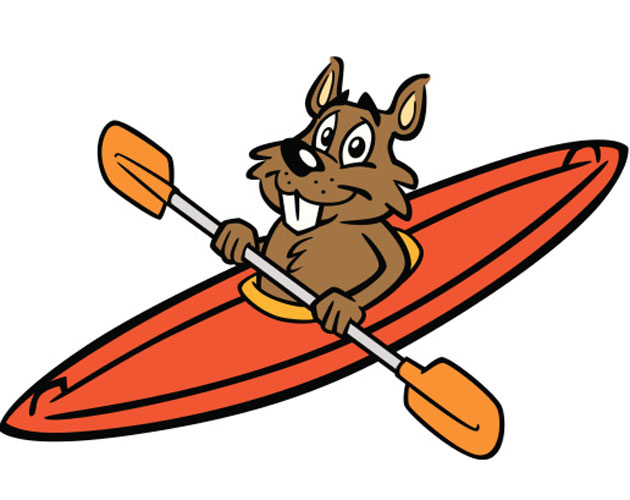 My kayak is glowering at me.

I’m looking at it right now. It’s sitting bellyupside-down on two sawhorses in my backyard. I can tell it’s not happy. Three point seven metres of fibreglass frowning in permanent rebuke like a resentful spouse.

Why don’t you take me out? We never do anything together anymore. What about my needs?

It’s true I have been a neglectful partner. Here we are in the nuclear centre of a splendid Canadian summer when our waters are at their warmest, our air temperatures the balmiest, and I have yet to hump my kayak down to the shore and dip a paddle in the briny.

Just between the two of us: I don’t like kayaks all that much.

Oh, I know they make sense. They are lighter than canoes and faster and definitely more seaworthy but to a guy raised in canoe country, sitting in a kayak feels just plain weird. When you paddle a kayak, you don’t squat on a seat or kneel – you sit on the bottom with your legs splayed out – as you do in a bathtub. I suppose I might get used to that, but what will never come naturally is the getting in and out.

You don’t so much hop into a kayak as don it, like a stiff body stocking – which is easy enough if you’re 21 with joints and limbs that slip and glide like a ballerina’s. Not so much once time and gravity have had their way with you.

As some wag once put it: “When I was a young man, I had four supple members and one stiff one. Now, it’s rather the reverse.”

It’s my legs and hips that give me grief in a kayak. Trying to manipulate my body into and out of that miniscule cockpit is like trying to cram an arthritic tarantula into a shot glass.

And trying to do it while the kayak is slithering around in the water?

The problem, of course, is mine, not the kayak’s. For the young and the dexterous, the kayak is the quarter horse of the sea – a marvellous craft that’s more than proved itself over thousands of years – and not just among Inuit hunters in Canada’s North. Boats made of
animal hides stretched over frames of wood or bone have a prehistoric pedigree that reaches from Siberia to India’s Bay of Bengal. They were used by tribes in Mongolia and Ethiopia; in Greenland and in Galway Bay.

The cured-hide exterior has given way to canvas, nylon, Kevlar and various plastic compounds, but the original animal-skin covering lives on among purists.

And, of course, in legend, like the one about the three explorers – a Frenchman, an Englishman and a Newfoundlander – captured by a fierce tribe in the Borneo jungle.

They learn that they are to be ceremonially sacrificed and their skins used to build a kayak. Out of respect, they would be allowed to choose their means of death.

“I should prefer to shoot myself,” says the Brit. He is handed a pistol, which he puts it to his temple. He intones “God bless the Queen!” and pulls the trigger.

The chief of the tribe asks the Newfoundlander how he wishes to die. “Give us a church key!” says the one surviving prisoner. The chief hands him a can opener. In a frenzy, the Newfoundlander proceeds to stab himself viciously, punching holes all over his body. There’s blood everywhere.

The chief screams, “What are you doing?” The Newfoundlander drops the can opener and says: “Right, b’y! How do ye like yer jeezly
kayak now?”