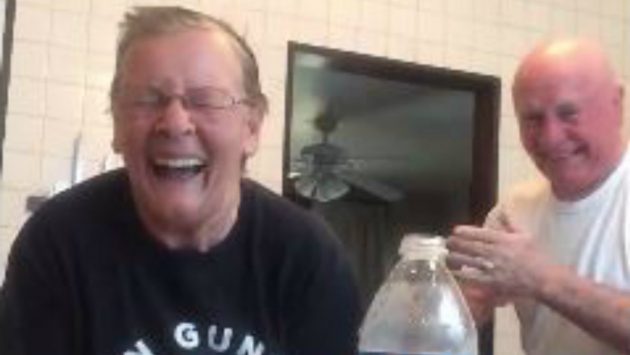 It only took a penny and a bottle of water for Mariatta Tyks to pull off one of the best pranks the Internet has ever seen.

While placing the bottle of water on top of the penny, Mariatta tells her husband Tommy she’s going to perform a magic trick. “When I say the magic words, the penny is going to go inside the bottle,” she tells him. “Really?” he replies. “OK, let me see this happen.”

Covering the bottle with a towel she says, “Woogey, boogey.” After peering into the bottle and confirming the trick had worked, she tells him to have a look for himself. When he does, he gets a whole lot more than he bargained for and the video ends with the two in a fit of uproarious laughter.