Watch: Honouring the 75th Anniversary of the Dieppe Raid 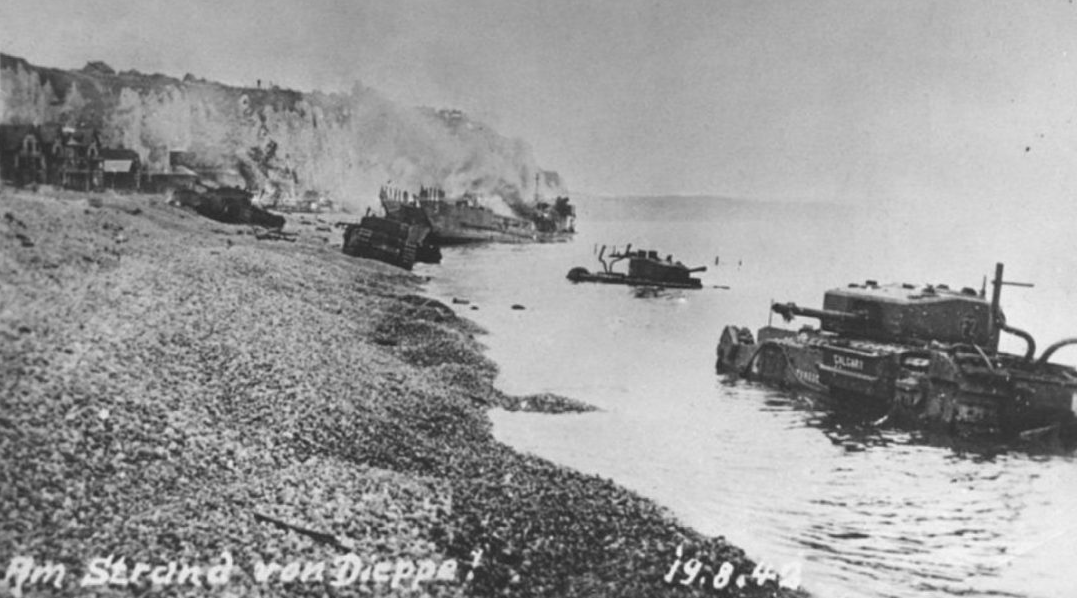 Today marks 75 years since the bloody battle of Dieppe when more than 900 Canadian soldiers lost their lives and nearly 2,500 others were wounded or taken prisoner.

August 19th, 1942 marks a grim day in Canadian military history. After training in England for months, nearly 5,000 Canadian soldiers were sent to Dieppe, France to try to seize the coastal port town. The intention was to test the feasibility of landing troops from water and then staging an attack.

At the time, British politicians were facing intense pressure from Russia to help them change the tide of the Second World War. Western allies were in a bad spot because of the failing Battle of the Atlantic. It seemed like they were going to lose the war — and a big move had to be made. Everyone saw the Dieppe operation as a way to show Germany that they were still in the fight and were not giving up anytime soon.

The soldiers had no idea that when they arrived, the German army would be well prepared. The Germans had plenty of time to set up for their arrival when a small convoy accidentally came across a group of allied ships gearing up for the attack in Dieppe’s eastern flank.

Losing the very important element of surprise was the final downfall in a plan that some say was faulty from the start.

“They thought that speed, surprise and shock were going to carry the day. The plan never envisioned a fight on the beaches, and when the Germans stopped them on the beaches, the plan was doomed to failure,” Canadian Military History journal and Wilfred Laurier professor Michael Bechthold told The Canadian Press.

Many soldiers were shot to death before they even made it to the shore.

More than 900 Canadians were killed in battle that day, while nearly 2,500 others were either wounded or taken prisoner.

While many feel the high casualty rate is proof the plan should have never been put into action, others point out that its failure provided the blueprint of what not to do for the D-Day raid which effectively ended the war in Europe two years later.

Prime Minister Justin Trudeau made this statement via Twitter:

On the 75th anniversary of the Dieppe Raid, we honour those who sacrificed so much in those pivotal events of WWII: https://t.co/Et76FRt6N2 pic.twitter.com/LLCMxYsMvq