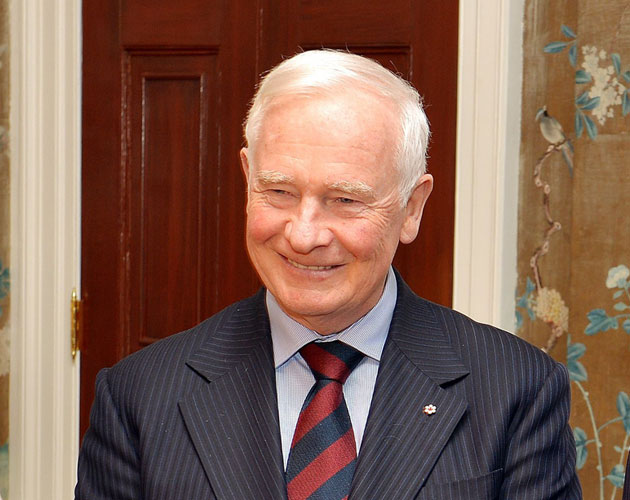 As we welcome in the new Governor General, Her Excellency Julie Payette, let’s take a moment to appreciate her predecessor, The Right Honourable David Johnston.

It’s fresh, boyish leaders like Trudeau and France’s Macron, and experienced, mature women like Merkel and May and Queen Elizabeth, who are admired by their constituents and the world at large.

And yet, today, as we welcome the dynamic, 53-year-old new Governor General, Her Excellency Julie Payette, let’s take a moment to appreciate the old white guy who is stepping down from the role.

The Right Honourable David Johnston, as his title is styled from now on, is, at age 76, a poster boy for that segment of the older generation of men for whom civility, decorum and decency are paramount. (The recently deceased playboy Hugh Hefner was positively not among them.)

Respected and respectful, these old white guys are men of integrity, driven to contribute to society. They’re erudite, steady and yearn to heal the world.

That’s why we were fortunate to have, as our longest serving Governor General, a man who has embodied all those qualities.

David Johnston has been a lawyer, an academic and an author. He’s a graduate of Queen’s, Cambridge and Harvard, where he was captain of the varsity hockey team.

As Governor General, he was sympathetic to aboriginal and charitable causes and openly critical about excesses of the legal profession and violence in hockey.

Although he was born and raised in Sudbury, the son of a hardware store owner, there’s a touch of nobility about him, a feature that was polished by his position as vice-regal.

And yet, he’s also quintessentially Canadian, praised for his humility.

In his book, The Idea of Canada: Letters to a Nation, he described “the Canadian trait of humility” as “attractive and commendable.”

As the Governor General’s baton is passed from one generation to the next, from a dignified old white guy who has been, above all, a statesman, to a spirited woman of the boomer generation, a scientist who reached for the stars, let’s send some silent applause in the direction of a man who served his country and his countrymen well, a man who gives old white guys a good name.