9 Strange Expressions and the Fascinating Stories Behind Them 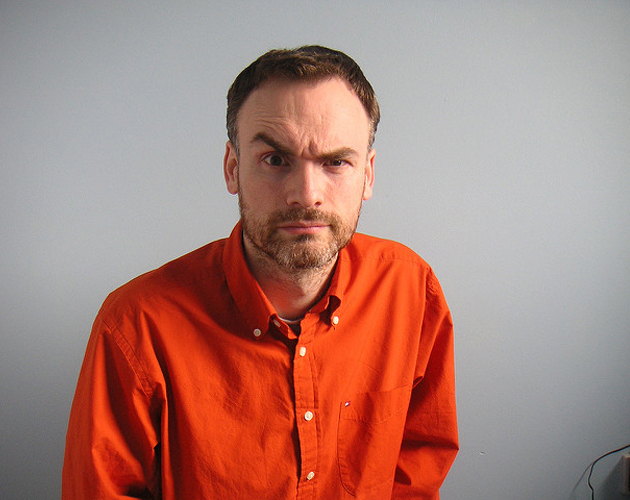 From “throwing the baby out with the bath water” to “painting the town red,” we’ve done a little digging and solved some of the more bewildering expressions in common use.

If you’ve ever had a conversation with someone whose second language is English, you’ve likely thoroughly confused them with a common expression that—taken literally—makes little, if any, sense.

Offering a sufficient explanation—especially for those expressions that are particularly obscure—can be challenging, to say the least.

To help you out, we’ve uncovered the origins of nine of the more confusing expressions in common use. 1. Waiting for the other shoe to drop

Meaning: The expectation of a seemingly inevitable event.

This expression originated in New York City during the early 20th century. It describes a common experience among those living in tenements who often shared the same apartment layout. With bedrooms located directly above one another, residents often heard the clunk of shoes dropping as their neighbours prepared to sleep. Thus, the sound of one shoe dropping led to the expectation that another would soon be heard. Meaning: To willfully ignore something.

This expression originally took root in the 1800s with the British naval hero Admiral Horatio Nelson, who was blind in one eye. After receiving a flag signal from his commander to disengage during a battle against a joint Danish-Norwegian enemy, he held a telescope to his blind eye and claimed he couldn’t see it.

Evidence of this story can be found in his biography, Life of Nelson, which was published only eight years after the battle. “You know, Foley, I have only one eye—and I have a right to be blind sometimes…I really do not see the signal,” Nelson said according to the authors. 3. Never look a gift horse in the mouth

Meaning: When you receive a gift, be grateful for whatever it is. Questioning its value implies that you wished for something more.

As a horse ages it grows more teeth and its existing teeth change shape and protrude forward. This is why getting “long in the tooth” refers to getting older.

From here, the origins of this saying are quite obvious: dating back to the 16th century, the phrase refers to the act of inspecting a horse’s teeth to check its age after the animal has already been gifted to you. 4. Don’t throw the baby out with the bath water

Meaning: Don’t get rid of valuable things along with the unnecessary ones.

This one is a little disturbing: In the early 1500s, people only bathed once a year. Even worse, the entire family used the same bath water. And as chivalry wasn’t quite common in those days, the men (who were likely the grungiest) bathed first. Next were the women, followed by the young children and last, of course, were the babies.

It was said that the water was so filthy and murky that by the end of bath time, a mother would have to be careful not to throw the baby out with the swamp-like bath water. Meaning: To try your best at something.

It’s widely believed that this expression comes from the Second World War when fighter pilots were given nine yards of ammunition. If they returned having fired the entire nine yards, they were said to have fought their hardest.

While this patriotic origin story is the most popular, several researchers have found it in print long before the outbreak of the war. This includes an appearance in a South Carolina newspaper headline which reads “The Whole Six Yards.“ 6. You stole my thunder

The story behind this expression comes from John Dennis, a literary critic and playwright. In 1704, he created a mechanism to mimic the sound of thunder and unveiled it during a production of his play, Appius and Virginia.

Sadly, the play was not well-received by the public and was soon closed. His thunder machine, however, proved very useful and was later used in productions of Macbeth.

According to historical accounts, Dennis was less than pleased about his unwilling contribution to the theatre world. “Damn them! They will not let my play run, but they steal my thunder,” Dennis said according to literary scholar Joseph Spence. Meaning: To enjoy a night out on the town.

The birth of this phrase is owed to an epic booze bender in 1837. The Marquis of Waterford—known for getting soused and causing mischief—led his friends on a drunken night of vandalism that included knocking over flower pots, ripping knockers off of doors and breaking windows.

At the height of their destructive rampage, the mob painted a tollgate, the doors of several homes and a swan statue with red paint. 8. Three sheets to the wind

This is originally a sailor’s expression. The sheets, however, aren’t a reference to the sails but instead refer to the ropes that are fastened to the lower corners of each sail. When three sheets are let loose to blow in the wind, the sail flaps about and causes the boat to totter like a drunken sailor. Meaning: It’s all over.

This expression, often delivered with satisfaction, is rooted in an unfortunate tale about John, an American fighting overseas in the Second World War.

Receiving a letter from his sweetheart back home, he decides to read it aloud to his fellow servicemen: “Dear John,” he says, followed by a long awkward pause. “Well, go on,” his companions urged. John replied: “That’s it, that’s all she wrote.”

The story is quite plausible considering that the “Dear John” letter was once the equivalent to the impersonal text message breakup.