A Nation Inspired: Remembering the Battle of Vimy Ridge 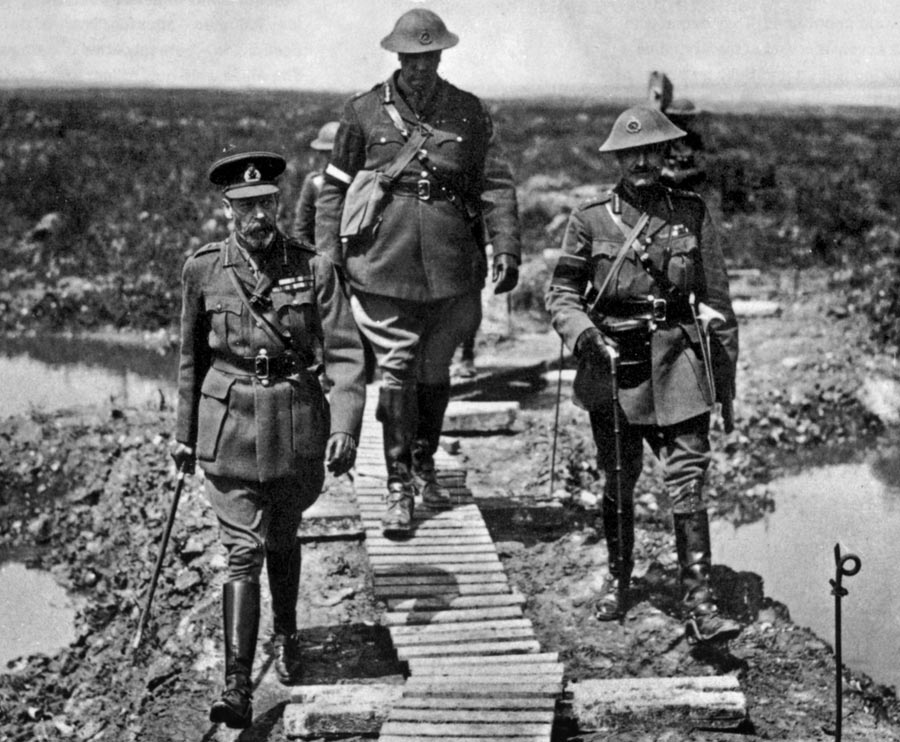 Each year on April 9, Canadians mark Vimy Ridge Day in tribute to the lives lost during one of the most storied military victories in the nation’s history. “The capture of Vimy Ridge was more than just a military victory — it was a turning point for our country,” Prime Minister Justin Trudeau said in a statement in 2020. “During the battle, soldiers from all four divisions of the Canadian Corps fought together for the first time. They came from coast to coast to coast — Francophones, Anglophones, new Canadians, and Indigenous peoples.” Here, we revisit the story of the battle and its aftermath.

Canada and Britain declared war on Germany on August 4, 1914. For three years before the Battle of Vimy Ridge — near Arras, France — Canadian troops had served principally as reinforcements; Canadians were colonials fighting in somebody else’s army. It wasn’t until Easter Monday, April 9, 1917, however, when all four Canadian divisions were assigned to take the heavily defended ridge as an independent Canadian Corps. By April 12, Vimy was firmly in Canadian hands.

As it turned out, this successful operation proved to be more than a military victory; it became a defining moment for the 50-year-old Dominion. Soldiers from across the nation had worked together to achieve a tremendous victory. The Canadian spirit was stirring, out of the shadow of Britannia.

Over a two-year period, from 1914-1916, French and British forces had failed to dislodge the Germans from the seven-kilometre-long ridge. The escarpment dominated the Douai Plain, a coal-mining area of strategic importance to the east of the ridge. Attempts to wrest it from the Germans had cost the Allies dearly in blood—more than 140,000 killed or wounded. (Canada, too, paid a price in April 1917: there were 11,168 casualties—with nearly 3,600 dead—among the 40,000 who took part in the battle.)

Meticulous planning preceded the attack. Major-General Sir Arthur Currie (a Canadian) researched the Battle of the Somme and consulted the French military about the Battle of Verdun to glean useful lessons that he passed on to his troops. Almost unheard of in military protocol, Canadian soldiers—from brigadiers to corporals—received maps of the ridge to study and were schooled on their objectives. They practised walking slowly in order to keep pace with the “creeping barrage” of artillery shells (retreating ahead of them) that destroyed barbed wire and damaged German fortifications and allowed Canadian troops to emerge almost from the exploding shells to seize German trenches.

Others chiselled a subterranean city out of the chalk, with telephone cables and way stations for troops and roadways to bring overwhelming numbers of soldiers close to the front lines. Saps (narrow tunnels) were dug under German lines and filled with explosives to be detonated during the battle; Canadian and British artillery rained shells down on German positions for a week before the attack (German soldiers would later call it the “week of suffering.”)

When the attack began at 5:30 a.m., that Easter Monday, it is said that the din from the guns was heard in England. By the end of the first day, however, the Canadians had captured most of Vimy Ridge. It took until April 12 to finally seize Hill 145, its highest point.

In 1921, a grateful France gave Canada 100 hectares at the site. In 1936, approximately 50,000 French and Canadian pilgrims, many of them veterans, attended the dedication of the stirring Canadian National Vimy Memorial, designed and built on Hill 145 by sculptor Walter Allward of Toronto. It honours the efforts of all Canadians who fought in the First World War and stands as a memorial to the 60,000 combat personnel (of 625,000) who died as a result of the conflict. The names of the 11,000 killed (with no known graves) in the war are engraved at the base of the two plinths.

Allward wrote that a dream inspired the design for the memorial; he saw a battlefield where Canadians were being slaughtered. Suddenly he saw the dead marching to their aid. He said, “I have tried to show this in this monument to Canada’s fallen, what we owed them and we will forever owe them.”

Monumental Honour: Battle of Vimy Ridge and Its Aftermath