Fitness Fads by the Decade: From Vibrating Belts to the ThighMaster 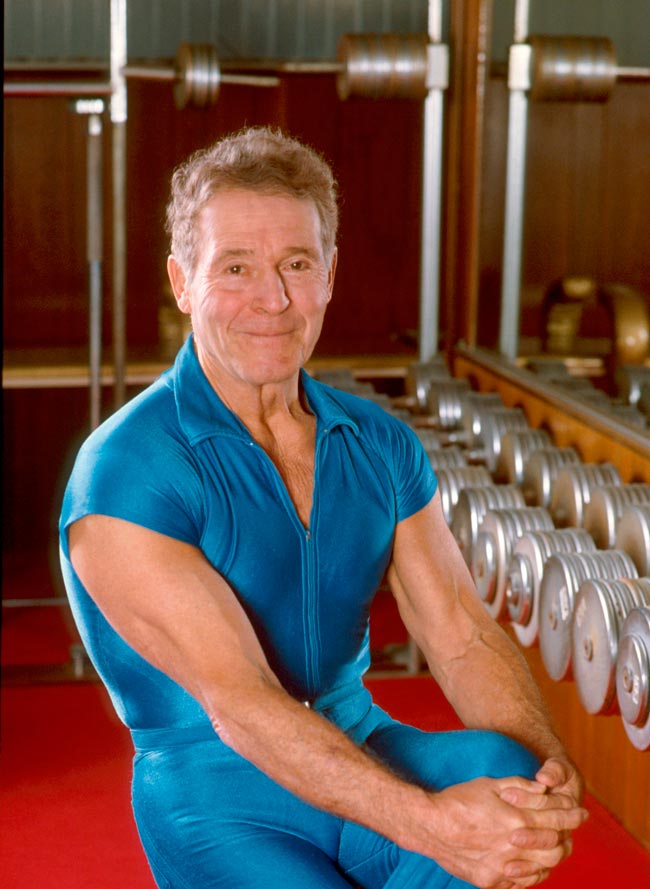 The fitness fads of yesteryear weren’t all bad. In fact, even some of the most ludicrous workout trends survive today in some shape or form.

It seemed a dieter’s dream come true: just strap in and let the
blessed machine work its magic. When – surprise, surprise – people noticed their extra pounds weren’t being jiggled into oblivion, the vibrating belt soon fell out of favour. Interestingly, though, there may still be hope for this too-good-to-be-true gizmo. A recent study with mice showed whole-body vibration may indeed mimic the muscle and bone health benefits of exercise, a finding that could lead to less strenuous fitness programs for older people and those with mobility problems. Modern-day versions of the vibrating belt include whole-body vibration machines (that shake the body from the ankle up, either while standing or lying down) as well as more targeted electronic abdomen stimulators.

It conjures up images of wholesome, fresh-faced kids twirling toy plastic rings around their hips, legs, arms, necks and even fingers, but the iconic Hula Hoop actually harks back to the ancient Greeks and Egyptians, who used a metal hoop to boost fitness and agility. Today, more grown-ups are going back to their carefree, hip-swirling younger days and using weighted fitness hoops to burn calories and trim the tummy. And let’s not forget the benefit of endless gluteus-firming squats necessary for retrieving the hoop when it falls to the floor. (Trust me, Hula Hooping isn’t as easy as it used to be.)

1970s: Ditch the workout and join the dance party!

The idea was to make exercise less tedious and maybe even disguise it as something that’s actually fun. Enter Jazzercise, pioneer of the dance-as-fitness fad, a high-energy mash-up of jazz dance, strength training, kickboxing and ballet, all choreographed to a heart-pumping playlist. No passing whim, it led the way for the coming aerobic craze, with Jane Fonda’s bestselling workout tapes – and who can forget Richard Simmons inviting us to “party off the pounds”? The trend continues with classes like the Latin-inspired dance workout, Zumba, but thankfully, at least so far, sans the unfortunate aerobics attire of yesteryear – you know, those shiny spandex leotards with matching belts, headbands and chunky legwarmers.

A far cry from TV exercise guru Jack LaLanne’s Physical Culture Studio in the 1930s (back when people were appalled at the thought of paying money just to exercise) and Joe Gold’s basic bodybuilding gyms that launched in the ’60s, a new breed of fitness clubs began to flourish, offering tony, top-notch
facilities and cushy extras like eucalyptus-infused towels, personal fitness coaches, full-service spas, babysitting “camps” for the kids, post-workout gourmet dining and designer-filled boutiques and food markets.

From Suzanne Somers’ iconic “Put it between your knees and squeeze” ThighMaster to the Bowflex (who can forget the shirtless Bowflex guy?) to Nordic Track exercise machines and the obligatory StairMaster or treadmill, fitness buffs were attracted – usually by late night infomercials – to the convenience of working out in their basements, spare bedrooms and rec rooms. And who can blame them? The handiness of home exercising makes it (just a bit) easier to keep those New Year’s resolutions.

With the new millennium came the stresses of terrorism, war and economic uncertainty, so it is little surprise the ancient Indian philosophical practice of yoga enjoyed an unprecedented popularity in the West. Formerly the domain of hippies and New-Agers, celebs like Madonna and Gwyneth Paltrow jumped on the yoga bandwagon, making it ultra-fashionable for fitness, flexibility and spiritual healing. Along with other more introspective workouts like tai chi, Pilates, ballet-inspired barre and, for outdoor enthusiasts, nature hiking, yoga helped to balance popular cardio workouts like kickboxing, spinning, Tae Bo and military-style boot camps offering everything from exercise stacking and core training to mud-racing and martial arts.

Another high-energy workout, CrossFit HIIT (high-intensity interval training), hit its stride in a big way and continues to enjoy a cult following. Invented a decade earlier by former gymnast Greg Glassman, CrossFit blurs the line between cardio and strength training with basic, full-bodied workouts (think barbells, sprints, chin-ups and other old-fashioned calisthenics that are way tougher than they look). To measure all this hard work and sweat, the clunky clip-on pedometer got an upgrade with any number of free apps for your smartphone (Fitness Blender, RunKeeper) and wearable devices like Fitbit, Apple Watch Sport and the Samsung Gear Fit2 that not only track your steps but also monitor heart rate, calories burned and even the quality (or lack thereof) of your sleep. If only they could do the actual exercising for you as well.

A version of this article appeared in the June 2018 issue with the headline, “Let’s Get Physical,” p. 66.